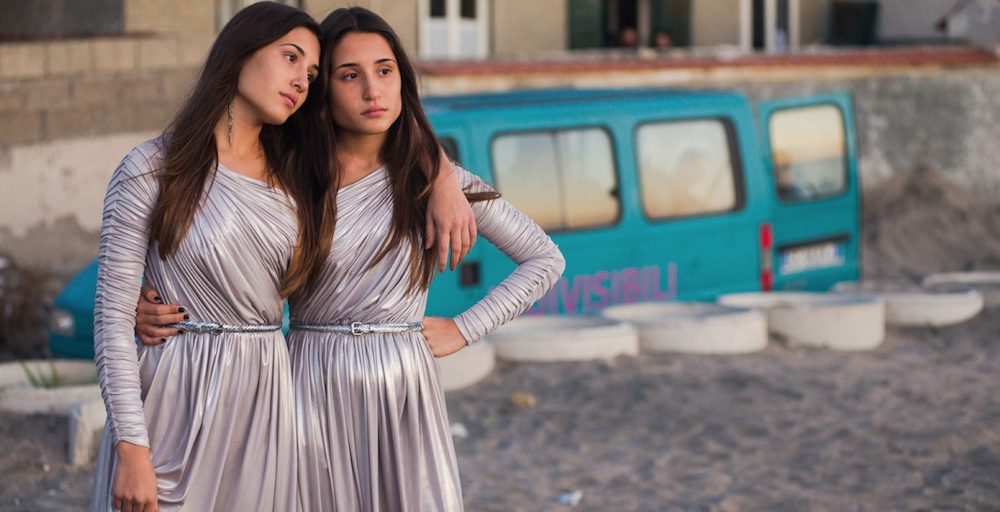 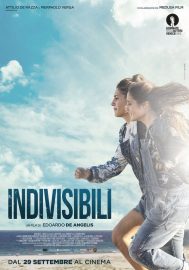 By Neapolitan director Edoardo De Angelis, Indivisibili (Indivisible) is a tale about exploitation, hope and love: 18-year-old conjoined twins, Dasy and Viola (Angela and Marianna Fontana) are told they can never be separated. According to an outraged doctor who examines them, however, such an operation would be relatively easy and safe. At first hesitant, the girls quickly yearn for normality, but their father refuses to allow the surgery, as he has been profiting from their disability: the sisters are a singing act. The lie now exposed, he substitutes religious justifications for maintaining his daughters’ affliction.

In stark contrast to their surroundings, Dasy and Viola are beautiful, innocent and loving, with angelic voices. Their parents – played by Massimiliano Rossi and Antonia Truppo – are selfish, abusive, manipulative, unscrupulous, corrupt and decrepit.  An environment of decadence and decay envelops the twins in a world of hypocrites and religious fanatics; within the girls represent purity, innocence and abundance, but their parents use them, taking advantage of their disability. They are treated by the villagers as both singing deities and holy relics from which to gain strength. When the girls desperately escape and try to find any means possible to have their surgery, they are discovered, tortured with stigmata and led in a procession where some assault them, smearing their blood on themselves.

A parable about love and individuality, misery and evil, the work is a melding of stark realism and symbolism – juxtaposing the reality of poverty and corruption with metaphors about our interconnectedness. Greed, gambling and drug addiction contrast with the two young women’s otherworldly, ethereal sweetness. It is about the push-pull between our desire for bonds with others and our independence. Duality is a theme: the duality of good and evil, as with the strength of the girls’ singing act and the songs their father writes combined with unscrupulousness and depravity. The attraction others feel to their conjoined condition signifies a desperate wish to hold on to something better – like birds in a cage, attached they cannot fly away (but do).

The youthful innocence and radiance of the young singers are a glimmer of light in a setting that conveys stark poverty and almost medieval religiosity contrasting with scenes of decadence on a yacht. With a synchronisation of seamless acting, directing, editing, strong sound and visuals Indivisibili is a powerful, moving, well-constructed film.

Indivisibili (Indivisible) does not have a UK release date yet.