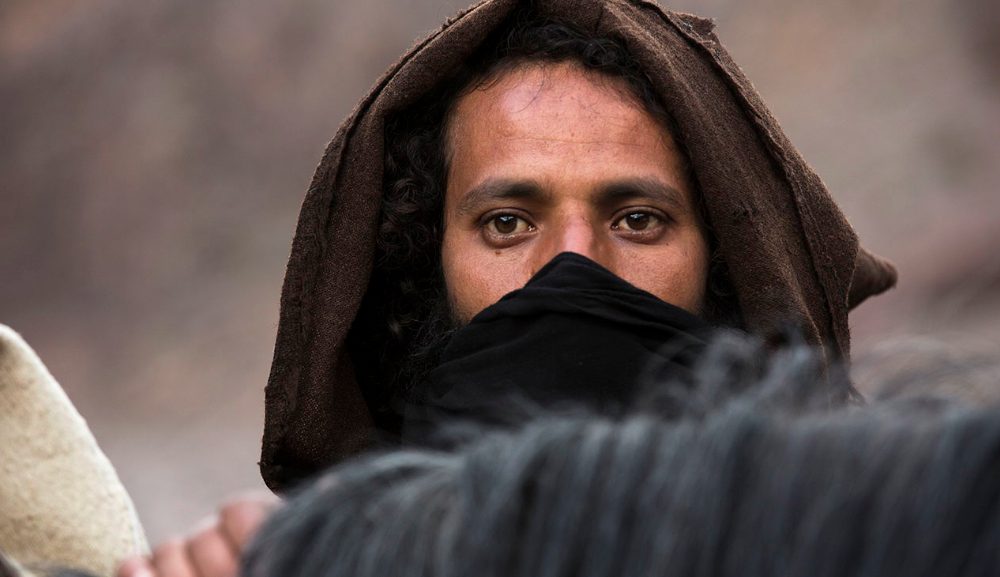 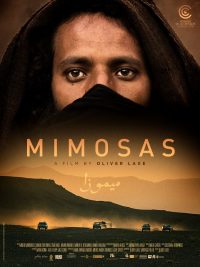 If you find that most European art house films about existentialism and death are a bit too lucid, then this is the one for you. Mimosas – not to be confused with the fun citrus cocktail – is the second film from French-Spanish director Oliver Laxe. It takes place in Morocco and first has us join a caravan of travellers as they discuss their plans to take an elderly sheik through the mountains to the holy city of Sijilmasa. His physical and mental infirmity imply that he has no plans to return. Laxe then disorientates us by revealing that the film is actually set in present day. We go to a city, where we see that unemployment has run rampant. Many take out their anger on Shakib (Shakib Ben Omar), a local preacher who looks remarkably like Jesus – though his clumsy demeanour would imply the comparison is merely superficial.

Shakib is told to join the caravan and help them through the treacherous mountain path. By the time he gets there, he finds that the sheik is already dead. Most of the crew turns back, prepared to abandon the body; it falls to Ahmed (Ahmed Hammoud), Said (Said Aagli) and Shakib to go the rest of the distance.

There’s a Tarkovsky-like charm to this trio of adventurers, trekking through the vast expanse of the Moroccan mountains – though none of them talk that much. While the scenery is predictably stunning, the plot is treated with casual indifference, instead focusing on the moment-by-moment process of the journey, where the threat of extreme weather or bandits is never too far away. An early shot of an abandoned temple, battered by the desert wind, shows where Laxe’s focus is: Shakib eagerly preaches the word of God to the vast, silent expanse, and the only reason Ahmed and Said are making the pilgrimage at all is so they can say they have done something “important”. Perhaps the word “focus” is too kind.

Apparently entrenched within the cultural confines of the Sufi narrative, Mimosas is wilfully opaque, particularly come the 70-minute mark, where all sense of reason and logic are abandoned. Some may appreciate the poetic charm, but others will find themselves maddened by this atmospheric and difficult film.

Mimosas does not have a UK release date yet.

Watch the trailer for Mimosas here: