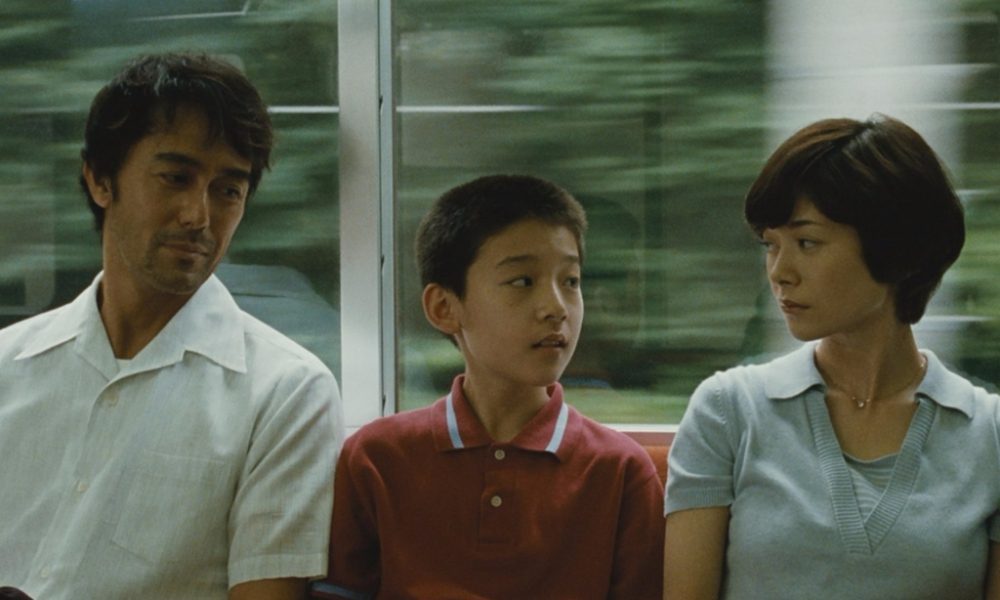 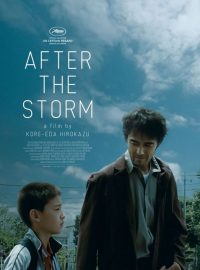 We must remember not to take Hirokazu Koreeda for granted. His films are so free of contrivance, so human in their focus, so consistently good, that when another one comes along we risk rolling our eyes and saying, “Ho-hum, another near-masterpiece from Japan’s best working filmmaker.” Much of this can be credited to the fact that he began his career in documentary filmmaking, instilling within him an inability to write a story that isn’t true to human nature. Nothing is ever artificial; no character is less than fleshed-out and lived in. He might dislike the comparison, but he really is the closest we have to a modern Ozu – or, at the very least, a modern Naruse.

After the Storm is Koreeda’s 11th fictional feature; in terms of quality, it’s his best since I Wish. It follows Shinoda Ryota (the reliable Hiroshi Abe), a gaunt, unshaven novelist who works at a detective agency as research for his next book. Ryota is pathetic, a man-child who stalks his ex-wife Kyoko (Yoko Maki) and wastes what little money he has on gambling and unnecessary gifts. Still, we warm to his shagginess. Koreeda has the good sense to once again cast the fabulous Kirin Kiki as his mother Yoshiko, riffing on their dynamic from Still Walking – few scenes this year can rival the charm and humour of Ryota’s first visit to his mother, where their relationship is spelled out with little more than homemade ice cream and potted plants.

Variations on familiar themes inevitably crop up. There is an absent family member in Ryota’s deceased father; Ryota is trying – and failing – to be a good father to his son Shingo (Taiyo Yoshizawa); and memory comes in the form of objects, with food, ashtrays, and handwriting serving important narrative functions. What makes After the Storm engaging is the subtlety with which these ingredients are served, exceptional even by Koreeda’s standards. Towards the end, everything becomes clear; we expect the pathetic fallacy of the titular storm to catalyse a reunion between the characters when they are trapped in Yoshiko’s house; what actually happens is far more realistic – sad but oddly elating in its emotional honesty.

The pace flags in the middle, as it focuses on Ryota’s detective work over his familial connections. Otherwise, it’s a near-perfect examination of life’s disappointments, where the tang of regret is tangible and bittersweet.

After the Storm does not have a UK release date yet.

Watch the trailer for After the Storm here: