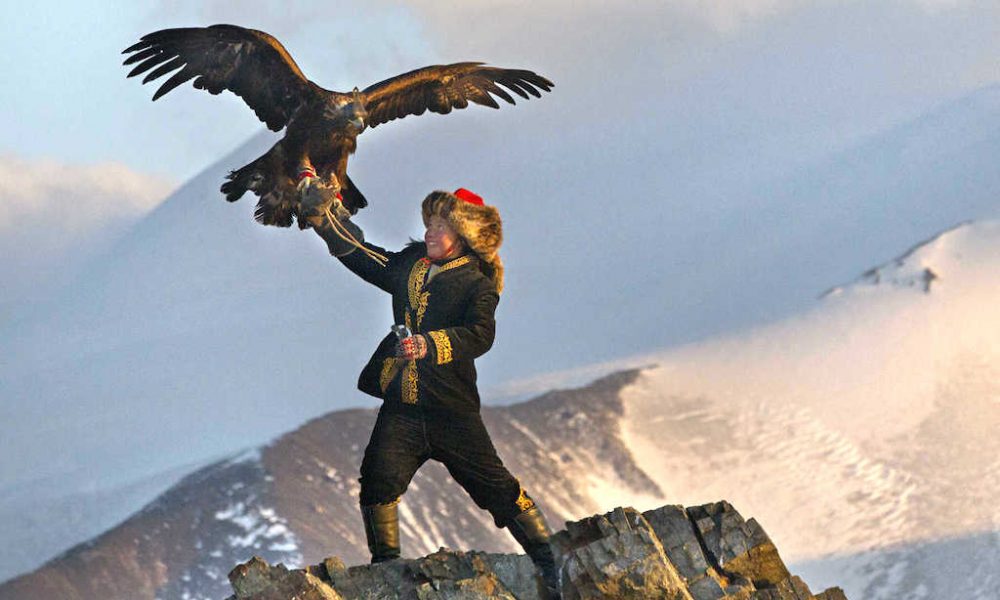 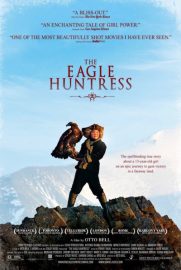 There’s a good film to be made out of The Eagle Huntress. It’s a shame this isn’t it. A documentary about a young girl aspiring to become the first female eagle hunter in Mongolia – a tradition that dates back along the male line – there’s something obviously inspiring about the premise of a young girl standing up to patriarchal standards. Unfortunately the film, narrated and executive-produced by Daisy Ridley, manipulates its footage to make its message as loud and emotional as possible.

The girl in question is Aisholpan, a 13-year-old nomadic Kazakh who lives in the Altai Mountains. Her father, Nurgaiv, introduces her to eagle hunting; he teaches her how to call the eagle, feed the eagle, and steal the eagle’s babies so that she, too, can have an adorable critter to call her own. She demonstrates such obvious talent that they attend a local contest, with encouraging results; she eventually ends up in the snow-covered mountains hunting a fox – the final test of an eagle hunter’s skill.

There’s some genuinely worthwhile stuff here, particularly when Aisholpan actually sets a record for calling the eagle during the contest. The problem is the form. Director Otto Bell seems to find his footage boring, so he bombards it with music at every turn. A climb down a cliff is accompanied by a frenzied drum solo; a soaring, X Factor-esque theme is replayed at every moment of triumph; the film even has a Sia song play over its closing credits.

Perhaps an explanation for this is that it’s a picture for kids: but then, are kids really prepared to read subtitles? And this doesn’t explain the fact that Bell tries, at every turn, to make the men of the Altai Mountains look like sexist dinosaurs. Interviews with elderly guys, explaining how women should be at home, cooking and cleaning, is interspersed with close-ups of other male competitors looking vaguely annoyed as Aisholpan prepares to compete in the contest. But are they really reacting to her? Or is that just how their faces are naturally formed? The whoops and cheers that accompany her success would imply that their community is not nearly as backwards as Bell would have us believe. This is filmmaking that is perhaps best suited for the Discovery Channel, not the cinema.

The Eagle Huntress does not have a UK release date yet.

Watch the trailer for The Eagle Huntress here: