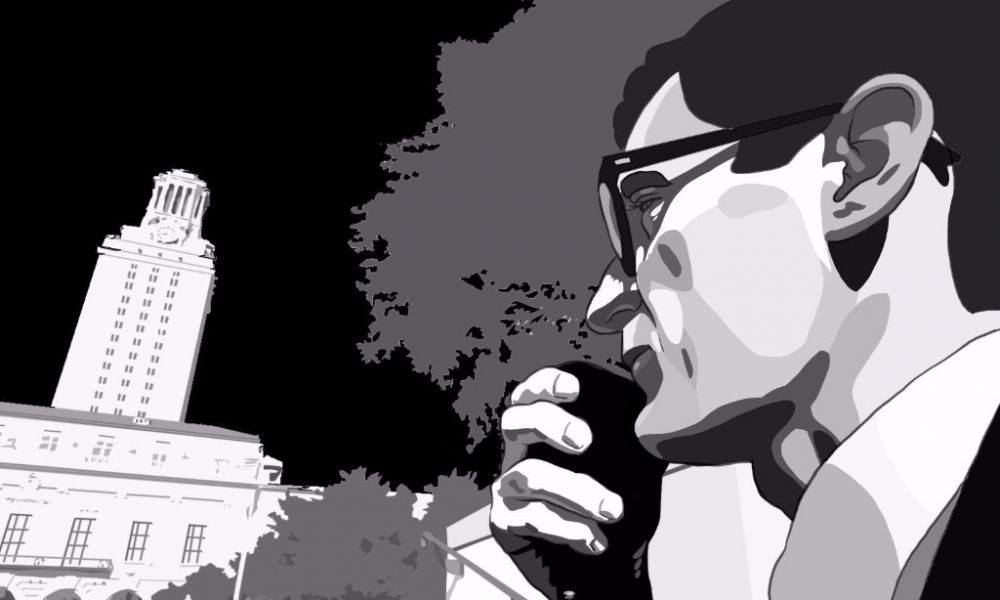 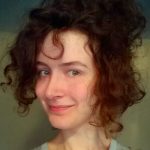 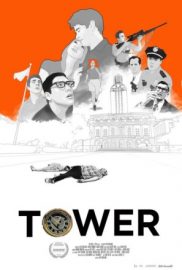 Tower is a brilliant example of documentary filmmaking. It is a hugely emotional account of the University of Texas shootings on Monday 1st August 1966. Under the direction of Keith Maitland, this tragedy that befell the city of Austin precisely fifty years ago is now brought to public focus again.

Marvellously executed with rotoscope animation, Tower commences cheerfully: the colour scheme of the movie is ablaze and music in accordance with the time period is played. A couple, a man and his pregnant girlfriend, are happily strolling along campus when it happens – the sound of a gunshot. The screen becomes a desolate black-and-white. The pregnant woman, Claire, drops to the ground and Tom, her boyfriend, is likewise hit by the so-called tower sniper when trying to help her. He soon loses consciousness.

Confusion ensues and Tower consequentially focuses on the stories of the people who were there on that tragic Monday morning. Emotional voice-overs contribute to the visuals and imagery we see of that day. A piano plays eerily throughout the movie, only to be interrupted by brutal shots that momentarily change the screen to blood red; the monochrome tones begin to return as the terror dissipates. At the culmination of that horrible tragedy, the film lets us see the witnesses who survived until this day. On camera they confess that the trauma remains within them, and in their current lives they have attempted to disassociate themselves from it. They didn’t maintain contact over the past fifty years, but through making their contribution to Tower, they now seem able to heal.

Tower is a truly provocative documentary, able to elicit strong emotions regarding the tragic events of 1st August 1966. The feature is also highly relevant, as such shootings still occur in society today. Perhaps more importantly so, Tower is a salute to heroic altruism elicited during times of terror.

Tower does not have a UK release date yet.

Watch the trailer for Tower here: