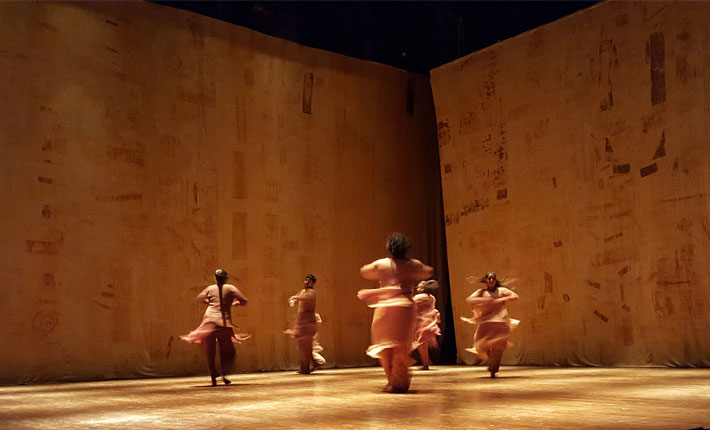 Inter_rupted at the Barbican | Theatre review 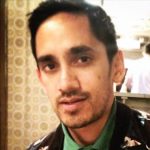 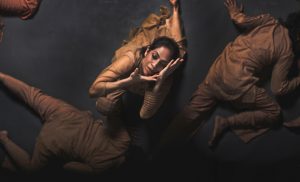 As part of this year’s Dance Umbrella Festival, Delhi-based trailblazer Aditi Mangaldas presents a rich choreography that appears to emerge from the very depths of the human body.

Dancers dressed in earthy, light clay-coloured tunics whip around stage, frantically counting disjointed, non-sequential rhythms out loud, at times in hushed whispers, at times shouting over one another. Amidst the fractured disintegration of the movements and words, the bodies hunt for a unity, a wholeness that appears unattainable.

The work combines moments of both fragility and power. What is at once apparent is the disintegration of the self, and its renewal. Both man’s vulnerability and resilience are reflected back to the audience.

In one of the segments Mangaldas herself appears as a lost, lonely figure in the centre, searching for or trying to hold onto something, while her company edges around the stage, moving in eerie synchronisation. But she is constantly interrupted – by herself, and by the powers around her. As the other dancers gradually withdraw she begins to whirl powerfully round the stage, chased by her own shadows that flicker and circle around the surrounding walls. The choreographer suggests that when order and reason disintegrate one is forced to look inwards and break oneself open from the inside, confronting the unfathomable truths of humanity.

There’s no disconnect between the classical and the modern here. The liquidy, swirling arms and shoulders of kathak sit comfortably alongside startlingly disruptive contemporary movements. Ancient North Indian tradition serves here as a means of developing an eloquent contemporary dance language.

At a point towards the end, the performers’ bodies begin to shake so violently that their clothing begins to unravel – as if some inner being were, literally, trying to shed and break free from its outer layer. So, just as the contemporary form breaks open the classical, viewers also see an essence within the dancers’ attempt to break open their bodies, forcing them to question the laws within which they exist.

The performance is divided into eight chapters. What exactly the journey is across each of these is at times unclear. But what persists is the continual breakdown and rebuilding of the self. And the questions audiences are forced to ask are What are we really made of? And what traces will we leave in this world once we shake ourselves of it?

Inter_rupted is at the Barbican from 20th until 22nd October, for further information or to book visit here.

Watch the trailer for Inter_rupted here: