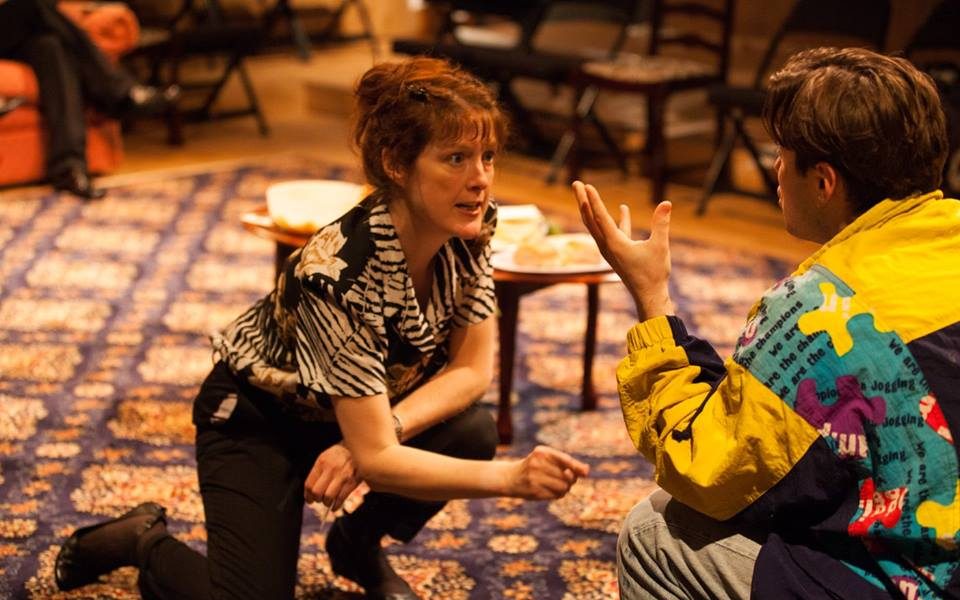 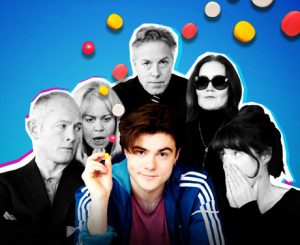 The debut performance of Peter Quilter’s newest play, Saving Jason, has just begun its month-long run at the Park Theatre in Finsbury Park. This is a new take on the frustrations of parents along with teenage rebellion, where Jason’s (Jacques Miche) dysfunctional family attempt to convince him of the dangers of drugs. It is a comedy that packs a punch, managing to tackle serious issues through the absurd due to Quilter’s quick wit and a small, strong cast.

Set in the living room of a 90s suburban house, the action is very close to the audience in the compact 90 Theatre. The décor is stylised, and symbolic, as the set it literally ripped apart by the colourful drugs at the centre. The action is melodramatic and humorous, as divisions and vices of the small family are highlighted and explored. Having the most fun is the joyous Aunt Angela, played by Julie Armstrong, a larger-than-life character who is involved in amateur dramatics. But trumping her for laughs is Mary, affectionately portrayed by Paddy Navin, the elderly neighbour who ultimately, though not unsurprisingly, plays the hero.

Interestingly, there is no real solution at the end of this story. Whilst communication finally begins to take place, many of the issues unearthed do not conclude simply with the end of the piece. This realism is lacklustre in comparison to the earlier drama, leaving behind the riotous behaviour of earlier for sentiment that falls short. This is particularly a shame given how enjoyable the rest of the performance is. Saving Jason is a fantastic interpretation of an age old situation, ridiculous enough to mirror real life and keep the audience in stitches throughout.

Saving Jason is at Park Theatre from 2nd November until 3rd December, for further information or to book visit here.