Removal Men at the Yard Theatre 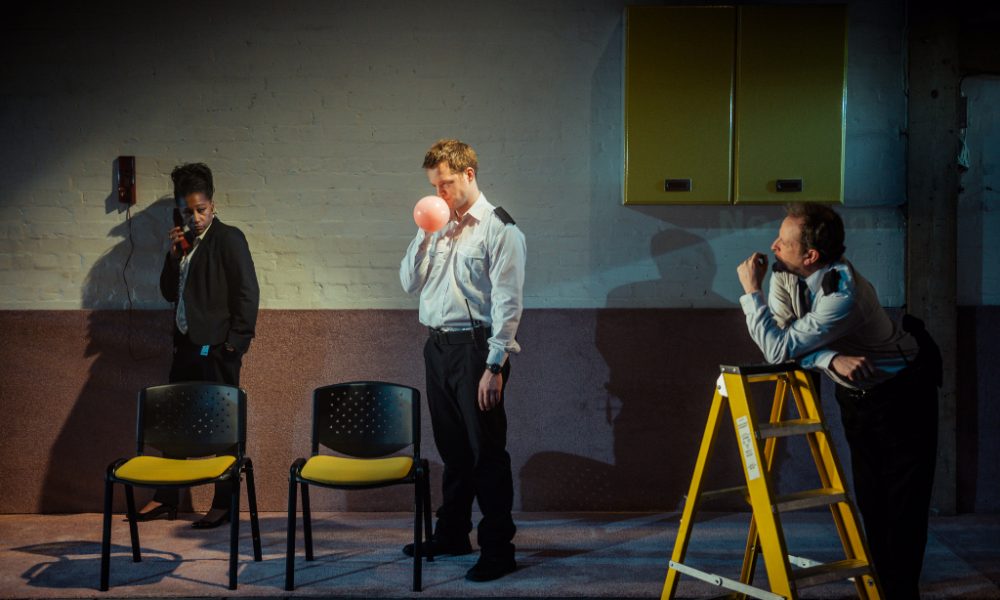 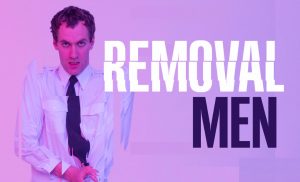 “Can love exist in an immigration removal centre?” was the unusual question posed to the audience via contextual handouts as they queued up outside the Hackney Wick warehouse theatre for Removal Men.

Within the static space of the the Yard’s converted interior, the production explored this question through following a trio of immigration detention centre workers – Manager Beatrice (Clare Perkins), Supervisor George (Barnaby Power) and Officer Mo (Mark Field) – as they confront the disturbing undercurrents in their mundane reality, where “compassion” is a training module, detainees are faceless subjects to be removed at all costs, and they are the powerless pawns in a system dictated by an omnipotent “Home Office”. The drama centres around Mo who believes he is in love with one of the detainees. As he desperately tries to prevent her permanent removal, his mental state, and the illusion of organisation around him, starts to unravel.

Plunging right into the gritty heart of the preoccupations of 2016 Britain, Removal Men explores violence, racism, immigration – and how our modern ideals of humanity fit within them. The concepts of love, compassion and care become distorted and confused for the detention officers, as impossible to reconcile with their roles to confine, control and ultimately remove people, with Mo complaining to Beatrice, “You love systems. You fantasise all night about systems. You hate people”.

Dubbed a musical but really a gritty drama to an on-and-off beat, the production put together by MJ Harding and Jay Miller plays with the conventions of performance art. It runs the mundane in with the absurd, revealing the problematic normalisation of systematically “removing” people and cultures we reject from our society. The music and movement is disturbingly comic throughout: starting with an opening tableau of Beatrice flanked by the workers donning only boxers and socks, Beatrice then dancing silently in slow motion in the background of their dialogue, and for much of George’s opening lines him waving around an embarrassingly large red “butt plug”. But it’s Perkins, Power and Field that carry the intensity of the play, filling out nuanced characters that resist categorisation as victims or predators, the dark slapstick climaxing with number Keep My Skin in which they sing, “Use the hole inside my torso, as the chamber for the fire…Burn the past, burn the longing…but keep my skin”.

Removal Men, through the microcosm of drama within an immigration removal centre, offers a stark interrogation of a burgeoning crisis in post-Brexit British culture, delivered in an experimental and boundary-busting format. It’s far from flawless but is a prime and important example of art airing issues in an exacting way rarely achieved by mainstream media and dialogues.

Removal Men is at the Yard Theatre from 8th November until 10th December, for further information or to book visit here.