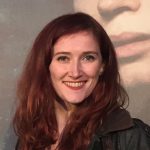 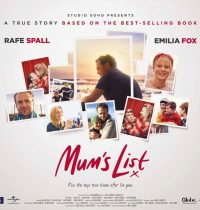 Mum’s List tells the story of the Greene family, who suffer the tragic loss of Kate (Emilia Fox) to cancer. She is mother to two young boys and wife to Singe (Rafe Spall), and leaves behind a series of instructions and requests, which her husband puts into a list after her death to see that they are carried out. On the face of it, this may seem a trite and irritating concept for a film, not helped by its cushy, simplistic title. However, do not be put off: Mum’s List is a mature and understated reflection on pain and grief, which focuses on Singe’s struggle to continue with the absurd mundanity of day-to-day living after his wife’s death, rather than carrying out the actions of the list itself. And by God, will it make viewers weep.

The cast are strong across the board, as Rafe Spall and Emilia Fox give equally moving performances as the two parents. Spall does a brilliant job of allowing the particular ache of grief to seep out from under Singe’s façade of normality. Emilia Fox also packs several emotional punches as Kate, especially in the scenes with her children as she, like Spall, lets the pain her character is trying so desperately to hide bubble visibly under the surface. A mention should also be made for the young child actors in the film, who deliver convincing performances.

The story is adapted from St John (Singe) Greene’s novel, based on his own life, so cannot be faulted for being too sad. However, there is something a little unrelenting in the way director Niall Johnson brings out the emotional big dogs – the sweeping strings on the soundtrack are clearly there to break the hardest of hearts, and although some are calling the movie “feel-good”, it can only be called so in a cathartic sense.

Mum’s List is a heart-wrenching tale, for sure, and not lacking in substance. This depiction of how one family negotiates the depths of grief is nuanced and told with a mature honesty. Just take some tissues with you.