How (Not) to Live in Suburbia at Soho Theatre 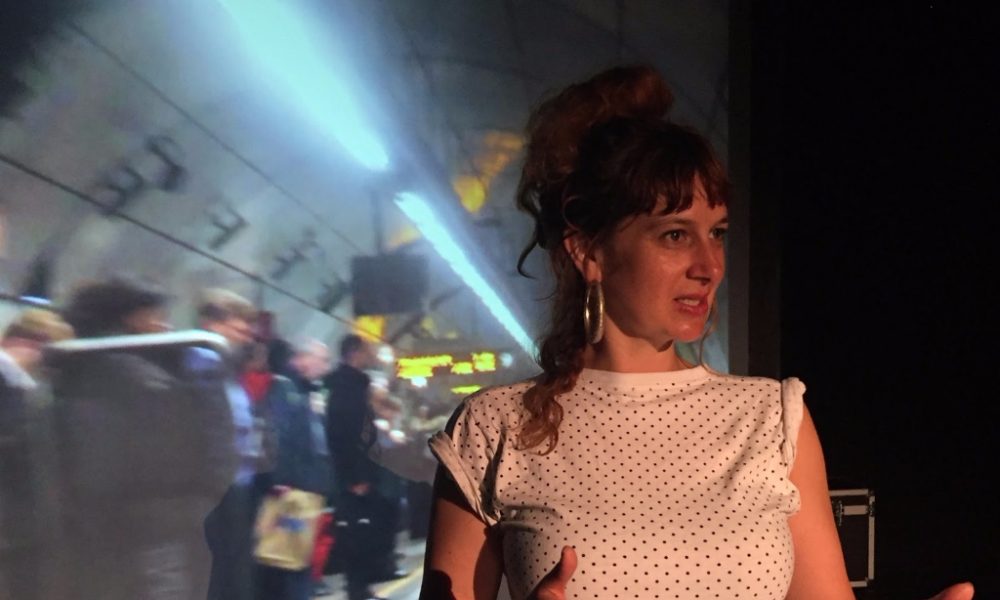 How (Not) to Live in Suburbia at Soho Theatre | Theatre review

How (Not) to Live in Suburbia by Annie Siddons is witty, wry, tough, poetic and brilliant. It is an inventive, tongue-in-cheek, but real account of the writer’s experience of moving from her beloved London to “Zone 5, Twickenham, home of rugby” for the sake of her two daughters, who are portrayed as potted olive trees for anonymity.

Combining film (Richard DeDomenici) with storytelling and performance, Siddons’s monologue is pure poetry and hilarious satire – accompanied by artful narrative on a back screen. Describing her life, she is genuine, loving, irreverent and comically indecorous, evoking real feeling while wryly poking fun. Her agent is one she particularly satirises as a posh socialite who spends most of her time on ski holidays and ends all her clipped and patronising voicemails with variations of “X-O-X-O-X”.

Siddons’s writing is clever and eloquent, with a lengthy, sublime ode to London: “I f**king love London…she is art…hubris…will delight and surprise you and steal your wallet….” Postcode is lifestyle, each as distant from one another as foreign lands. Complaining that her friends all live in New Cross, “populated by artists and unicorns”, she tries to integrate herself within her neighbourhood. After a dinner party where rejected groping attempts by the host’s husband meet protests that she works in theatre so her “job is to put out”, and the local book club jettisons her for being opinionated, Siddons is shunned by her community.

A blissful relationship with a musician 15 years her junior ends when he decides to move to New Cross for his art and she insists her place is in Twickenham. Now lonely, she engages in multiple sexual encounters – with each character depicted on screen – a couple of them mischievously simplified as pornographic vignettes.

Throughout, Siddons is stalked and harassed by “The Walrus of Loneliness”, whom she describes as a kind of smelly Yeti, and another sea mammal, “The Seal of Shame”. The Walrus follows her everywhere and the Seal shows up during particularly difficult moments.

The talented Nicki Hobday is terrific as Siddons’s younger self, humorously portraying the artist’s attempts to order her life, or a comically sad moment of drunken oblivion in which she sends delightfully insulting text messages to every person who has let her down.

Siddons is clearly a highly gifted writer. Compassionate in its essence, How (Not) to Live in Suburbia is intelligent, innovative, witty and moving.

How (Not) to Live in Suburbia is at Soho Theatre from 13th until 18th February 2017, for further information or to book visit here.

Watch a trailer for How (Not) to Live in Suburbia here: 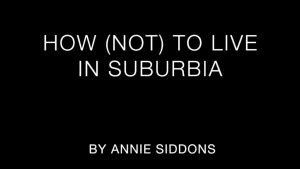 How (Not) to Live in Suburbia