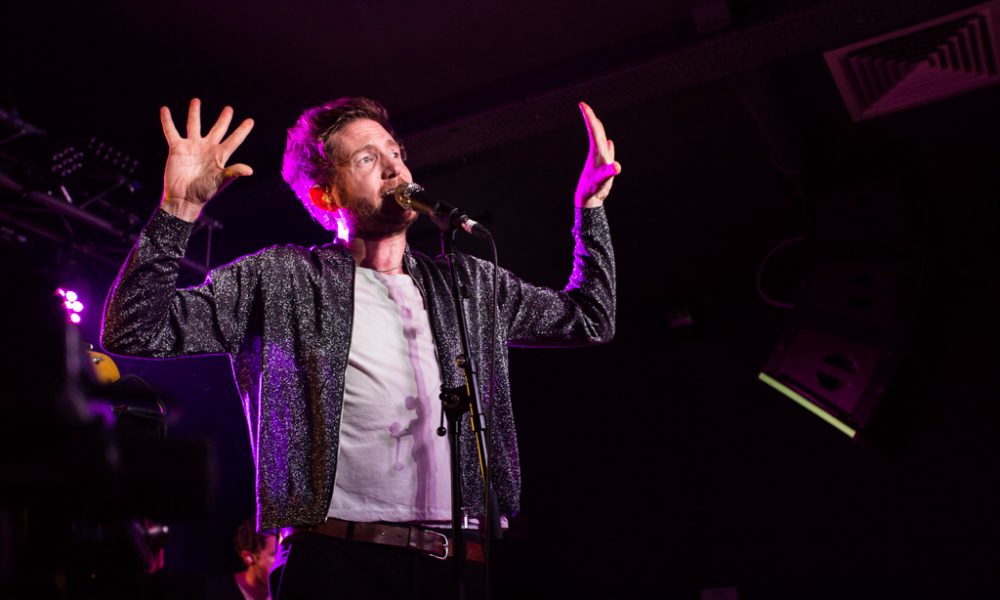 Undercover, Stop and Stare, On Top

Fenech-Soler’s journey hasn’t been easy. Between lineup changes, a cancer battle and an extended hiatus that saw them lacking inspiration for the follow up to their debut album, the band – now made up of brothers Ben and Ross Duffy after originally starting out as a four-piece – have managed to make quite an impression on the indie disco scene. Thanks to breezy production and relentlessly catchy hooks, the duo showed an electric crowd at London’s Heaven nightclub that despite their numerous setbacks, they’re not going anywhere anytime soon.

A band like Fenech-Soler isn’t necessarily built for showcasing impressive vocals or choreography – though Ben Duffy’s vocals were great throughout the concert – the main objective is to create an intoxicating atmosphere that lets the towering production of their songs do the talking. Many of the tracks performed, including the irresistibly infectious On Top and hypnotising Conversation, were complemented with a genuinely dazzling light show. Usually such tricks can come across as tacky or distracting, but in this case the flurry of colours that engulfed the venue really did well to add another dimension to the gig.

Keeping it well within the family, the pair enlisted the help of their cousin on drums and a childhood friend on bass. But they remained part of the background as the brothers shared centre stage playing off each other’s energy like a game of ping-pong, with neither side displaying any signs of backing down.

In a show that enjoyed many highs, including a synchronized fist pump from the crowd during the anthemic Stop and Stare, the only thing that let it down was how disengaged the audience became during the band’s slower offerings. Undercover, a down-tempo ballad that demonstrated the fragility of Duffy’s voice, was largely ignored, with the concert-goers either talking among themselves or turning to their smartphones in what they perceived as a break in proceedings.

However, this wasn’t enough to dampen what was largely a great showcase of homegrown talent. With more dates in London earmarked for early summer, it shouldn’t come as a surprise to Fenech-Soler if they find both their fanbase and audience size at their gigs grow significantly in the coming months.

For further information about Fenech-Soler and future events visit here.

Watch the video for Stop and Stare here:

Undercover, Stop and Stare, On Top