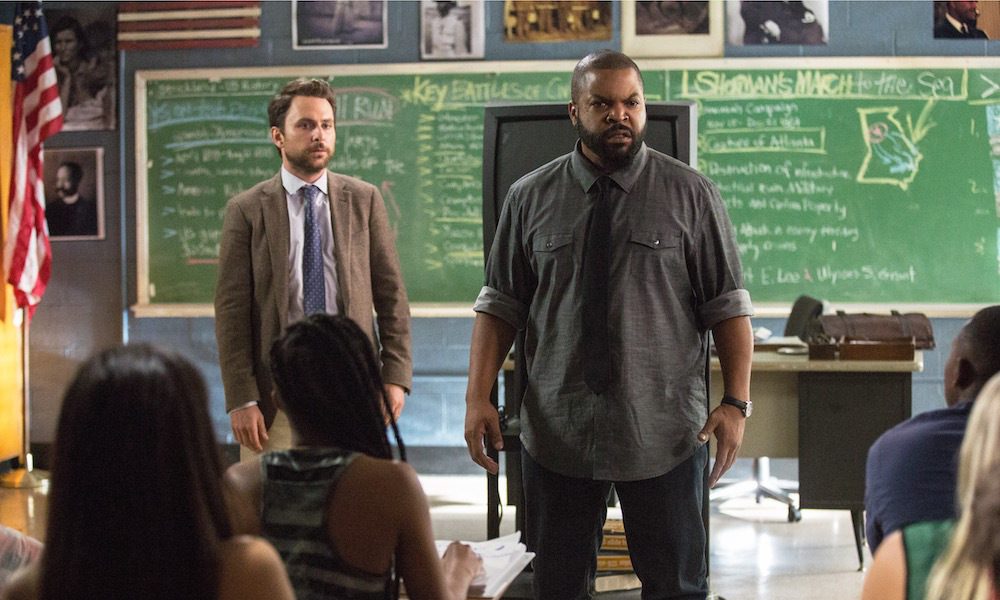 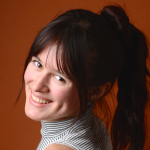 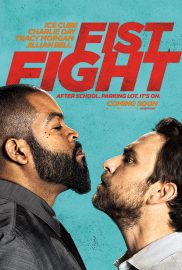 Fist Fight is a high school comedy with a political twist. It pits two grown men against each other in a highly publicised teacher fight. With an all-star cast including Charlie Day of It’s Always Sunny in Philadelphia and Tracy Morgan from 30 Rock, it is clear that director Richie Keen is not messing around.

Andy Campbell (Day) is a neurotic and chronically apologetic English teacher in Roosevelt High School whose wife is expecting a baby. The employees’ jobs at the school are all in jeopardy because of funding cuts and it’s an extremely stressful last day of term for Campbell and his co-workers as the seniors ruthlessly prank the staff – which leads to a raging outburst from Ron Strickland (Ice Cube) in his own classroom. When Campbell tells on him in fear of losing his job, the angry history teacher challenges the meek opportunist to a fist fight after school.

There is certainly a lot going on in this film. Between the scatterbrained guidance counsellor who lusts after teen boys, the moody, corrupt principal followed around by a jolly Mariachi band funded by the students, and the security guard who only helps out during school hours (and not after, because he’s the “school security guard and not the world security guard”), there is rarely a dull moment.

The movie does take a good third of the running time to kick off, but once Campbell starts looking for ways to sneak out of his predicament as the hours despairingly tick away, the story builds up to a predictable but undeniably satisfying climax. Strickland had a plan all along – in an act of mediatised savagery he brings attention to the underfunded school’s plight and changes the weak-willed English teacher’s life. This blossoms into a fully fledged “changed man” moment as Campbell gets revenge on all of his antagonists one by one, still has time to perform at the talent show with his  daughter and make it to the 3:00 fight, which turns out to be highly entertaining with lots of dirty play.

Swear words are almost unrealistically prevalent throughout the movie and tend to cheapen the humour but, nonetheless, thanks to its rather poignant moral, its pointed critique of the American education system as well as Charlie Day’s irresistible highly strung act, Fist Fight retains its respectability as more than just a crude and simple-minded American comedy.