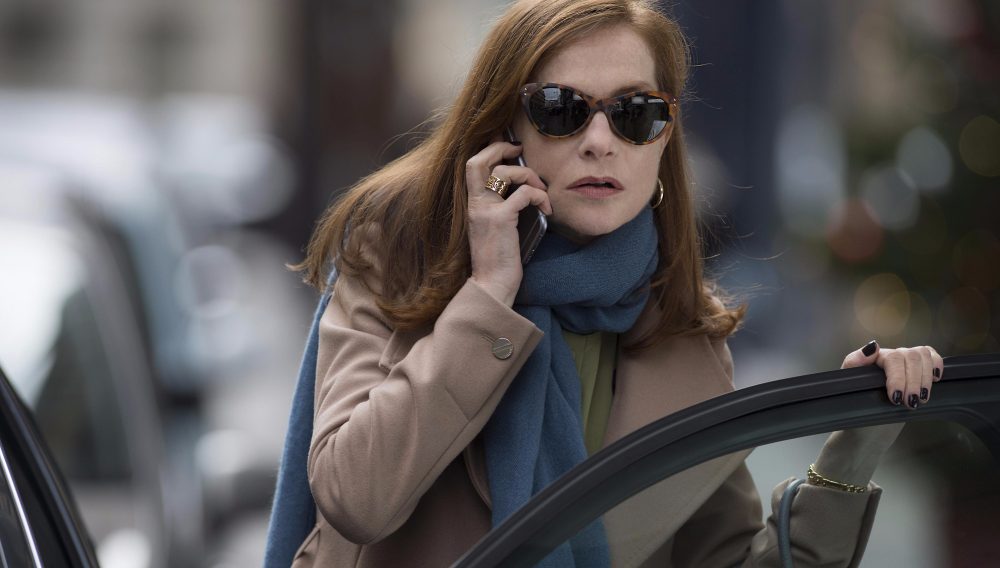 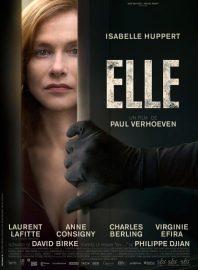 Films don’t come more brazen than Elle, Paul Verhoeven’s corrosive, thrilling, and very funny attempt at tackling rape culture – or, to be more specific, taboo sexual desire, the fragile male ego, fantasies of empowerment, the gulf between public and private narratives, and everything in between. It’s a glorious comeback for the director, whose shameless, satirical touch has been absent for far too long; and he has struck gold by collaborating with one of the world’s best living actresses, currently on a hotter-than-hot streak. The result is something truly unforgettable.

We first see Michèle Leblanc (Isabelle Huppert) lying on the floor of her kitchen, having just been raped by a masked intruder. He crawls off her and leaves, and she lies there for a moment, watched by her useless cat. Then, she sweeps up broken glass, orders some sushi, and resumes her daily life as CEO of an erotic video game company. This shocking hook proves queasily effective as we attempt to work out a seemingly inscrutable character. We meet her friends and family – her Botoxed mother, her short-tempered son, her cuckolded ex-husband and her female best friend – who shed light on her general sociopathy, or seeming disregard for projecting a likeable outward image. It’s perhaps a product of her resentment towards her serial killer father, who involved her in a media circus when she was only 10 years old. But a more imminent threat emerges when her rapist engages her in a game of cat-and-mouse, threatening further reckoning.

To say where this leads would be a spoiler, but the story is emboldened by a general lack of restraint, and a tone that skirts the line between deadly serious and outrageously camp. While the black humour that is threaded through Elle’s haute-culture set pieces has been deemed, by some, as inappropriate, it is both knowingly ironic and oddly empowering. Here is not a worthy awards-season treatment of an “issue”, but a rambunctious genre film, that does ingenious things with the generally male-centric view of rape. (A scene where Michèle spies on her neighbour with a pair of binoculars is enough to make Laura Mulvey blush.) The “she” of the title is never once a victim, and the movie never tells us what to think; it simply gives us a complex, disturbing character study, where sexual assault is not integral to the character’s sense of worth.

Holding everything together is Isabelle Huppert, who – once again – proves to be one of cinema’s most fearless performers. Nobody else could make Michèle’s head-scrambling unlikeability so likeable, or make her moments of vulnerability so human and consistent. Elle forges a path through the wilderness with abandon, and even if it isn’t the most consistent film of the year, it’s certainly one of the most essential.

Elle is released in selected cinemas on 10th March 2017.

Watch the trailer for Elle here: