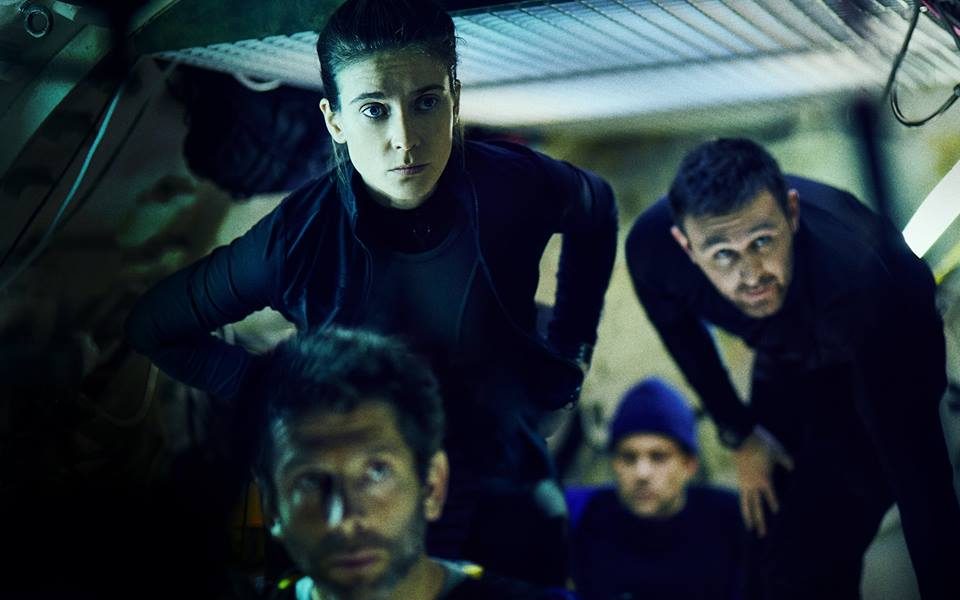 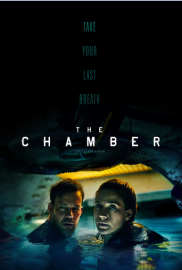 The Chamber is director Ben Parker’s debut feature and it’s a very promising preview of what he might achieve in future. It would be difficult to guess that this is the director’s first effort, partly because he exhibits the technical ability of a seasoned filmmaker, but also because the movie lacks the freshness and originality that one expects and hopes to see in the vision of a new name on the scene.

A special ops team of two men and their female leader Edwards (Charlotte Salt) must retrieve an important item from the bottom of the Yellow Sea, off the coast of North Korea. Swedish pilot Mats (Johannes Kuhnke) is ordered to take the trio down with his old submersible, the Aurora. As soon as they set off, the three begin to put pressure on Mats to follow their questionable orders, and tension quickly rises.

Ignoring Mats’s heated protestations and her men’s misgivings, Edwards decides to destroy incriminating evidence (the remains of an aircraft) by setting off an explosion underwater, causing the fragile Aurora to suffer serious damage. Anxiety and resentment are sky-high when the four must collaborate in order to find a way out. Meanwhile, water slowly trickles into the chamber, acting like a timebomb.

When a film is a series of worst case scenarios unfolding one after the other, it is inevitable to feel the suspense, but it also means that it does not make for particularly pleasant viewing. There is little variety in the tone of the dialogues as the characters snap at one another from the moment they find themselves in the chamber and continue to attack each other throughout, save a couple of soft conversations.

The Chamber brings to mind a dozen other features sharing the same context or style, and adds nothing innovative or unique. Oscar-winning film Life of Pi, for instance, had a similar premise (four characters stuck in the middle of the ocean) but the story was elevated to another level by the imaginative narration and a very rich context. In this case, the bare-boned formula is trusted to do all the work and to an extent it does, thanks to effective cinematography and the strong performances of the cast, but the result is nothing memorable.

The lack of variation in terms of setting and visual stimuli is hardly noticeable, which is a point in favour of Parker’s work. Shot effectively with evocative shifts in light and colour, what is lacking in The Chamber is substance. While it is gripping enough, the absence of something meatier is felt throughout.

The Chamber is released nationwide on 10th March 2017.