The Bacon Killer at Theatre Utopia 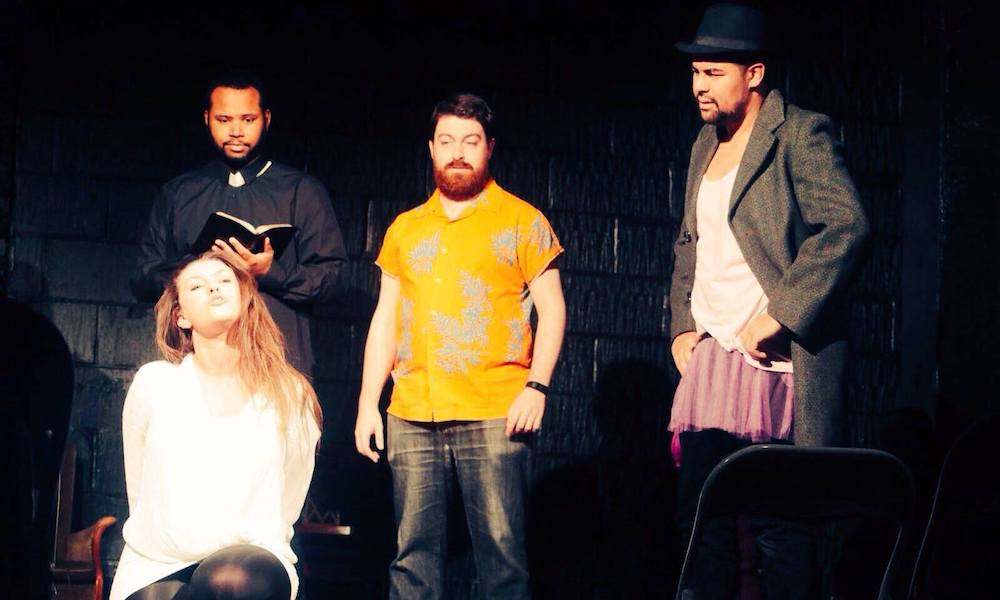 In this high-tempo farce, Misprint Theatre melds pop fiction with meta-humour as it takes on the cop genre.

The dapper, trilby-wearing Kimberley Surname (played by Jamal Chong) and the moustachioed Sherlock-esque Dick Whittington (played by Megan Jenkins) have teamed up to find the identity of the Bacon Killer, the criminal responsible for a spate of police murders. Along the way they meet a host of outlandish characters, conjured into being by a multitasking cast of seven.

Infused with 20s American accents and vocabulary like “numbskull”, the show is both a celebration and a send-up of films from the era. All the genre’s well-worn tropes are parodied: there’s the detective who doesn’t play by anybody’s rules; the chief who’s eight minutes away from retirement; the worldly-wise prostitute. Familiar platitudes litter the dialogue (“you don’t know what it’s like out there, maaaan”). Meta-comedy is liberally sprinkled, whether it’s a theatrically misjudged spotlight or the trill of music for a flashback which never happens.

A standout scene sees the two detectives and a hooker (coquettishly played by Tom McAdam) bribing one another back and forth with the same wad of cash. Moments of ingenious absurdity like this mean there is plenty of fresh comedy to balance the send-ups. The show risks being a little too zany, but luckily compensates the mania with the occasional slowing of pace, such as the scene in which Sound of Silence plays over a slo-mo shootout. The tempo – and with it the absurdity – reaches a crescendo peak towards the end of the performance. Sound and lighting come courtesy of the highly capable Michael Alexander. He gets one line in the show too, which happens to be: “No thanks, I just had some speed.”

The Bacon Killer feels like a gathering of inspirations: there are hints of Flight of the Conchords, BBC’s Murder in Successville, The Play That Goes Wrong and Hitchcock’s 39 Steps. It’s a pastiche of references with a hefty dose of black humour and just a touch of political conscience. Misprint Theatre, particularly playwright Jamal Chong, prove they can turn their hand to any genre.

The Bacon Killer was at Theatre Utopia from 1st until 5th March 2017, for further information visit here. 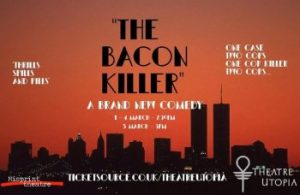