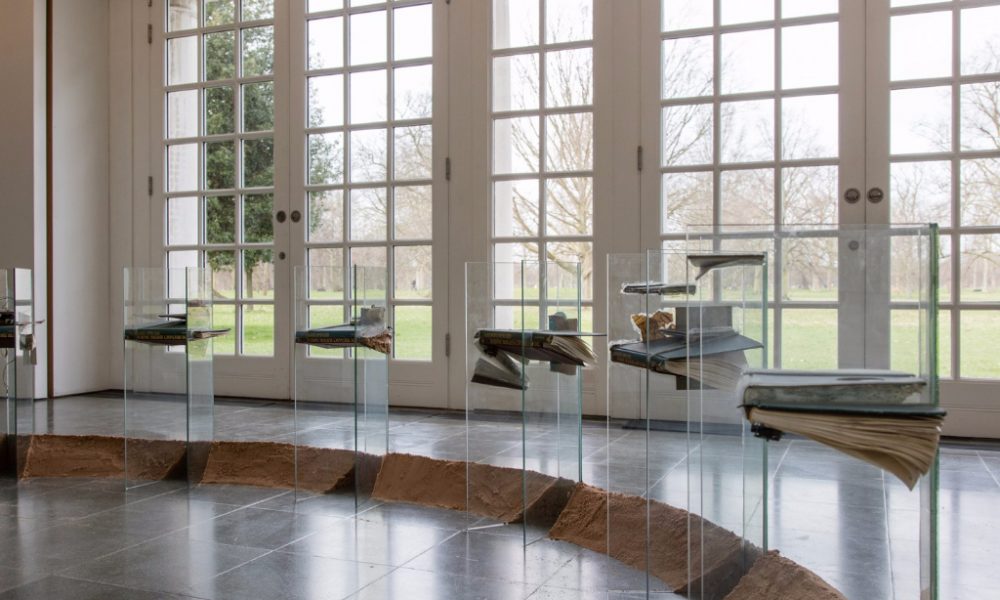 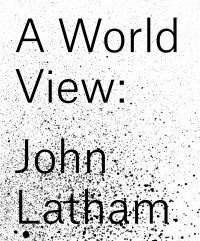 John Latham (who lived 1921-2006) was an important pioneer of British conceptual art. His practice spans a huge array of media, from painting, collage and video art to installation pieces involving huge roller blinds or deconstructed books. As its title would suggest, A World View: John Latham at the Serpentine encompasses all of these many aspects, offering a glimpse of the creative’s wide-ranging artistic vision.

Latham’s vision went far beyond the usual boundaries of art. He developed his own conceptual way of viewing the world and tried to express this through his work. As the show’s curators put it, he proposed a “shift towards a time-based cosmology of events away from a space-based framework of objects. In Latham’s eyes, ‘flat time’ expands across and beyond individual disciplines, aligning social, economic, political, psychological and physical structures.”

If visitors are unsure what this means, they’re probably not alone. It’s possible that Latham was an ahead-of-his-time genius and the rest of us will catch up one day and look back on his ideas in awe. In the meantime, however, all most people have to go on is his art, which is frankly baffling at times.

The exhibition offers little guidance to the artist’s strange ideas beyond an introductory text, and it’s not immediately clear where most of the works on display fit into his philosophical “flat time” concept. Some of them are beautiful and were clearly created in an interesting performative process with spray paint (such as The Story of the RIO, 1983) or bouncing paint-soaked tennis balls against a canvas (Painting with Tennis Ball Marks, 1990).

Other pieces, however, feel contrived or over-engineered without more explanation of the thinking behind them. For example, a selection of works from a series called The N-U Niddire Heart (1991) are presented surrounded by a bank of sand while dissected books appear to float in mid-air. It is fairly unclear as to why they were displayed like this.

John Latham’s world view may yet be hailed as the answer we’ve all been looking for. Until then, we’re going to need a bit more help cracking in to his esoteric ideas than this exhibition is willing to give us.

A World View: John Latham is at Serpentine Gallery from 2nd March until 21st May 2017, for further information visit here.