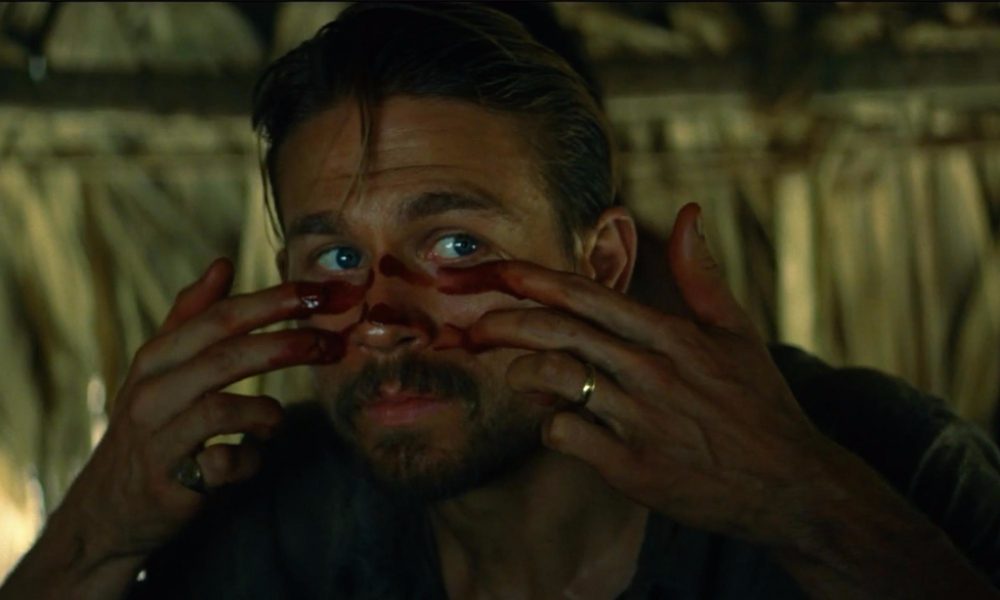 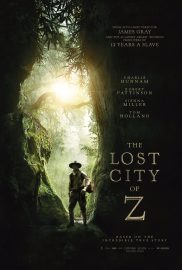 The Lost City of Z, written and directed by James Gray, is a biographical adventure film following the story of British soldier and explorer Colonel Percy Fawcett. His expeditions through uncharted Amazonia in the early 20th century led him to believe there was an ancient civilization yet to have been discovered, predating that of the British.

Charlie Hunnam plays Fawcett as he faces the unforgiving conditions of the jungle with aide de camp Henry Costin (Robert Pattinson), scepticism from society over his theories, near death on the front line in World War I, and separation from his family, including his loving but frustrated wife Nina (Sienna Miller), until his mysterious disappearance in the jungle alongside son Jack (Tom Holland) in 1925.

Hunnam (Sons of Anarchy) is brilliant as an enigmatic Fawcett: at times heroic as the intrepid explorer, fearless soldier and affectionate husband and father; at others, obsessive and obstinate, consumed by his determination to find the “lost city” and restore his family name at considerable cost to those around him. He is painted as a man ahead of his time: confronting entrenched beliefs of the supremacy of Western civilisation, demonstrating an ability to connect and desire to understand the differing cultures he encounters, and revering his wife as his intellectual equal. Yet we also see his flaws as a man on the edge of sanity, willing to sacrifice others as a necessary means to his ends. The utter commitment to the character is palpable on screen – indeed Hunnam told The Upcoming of his fascination with Fawcett and having to drop 40 pounds for the role.

Miller is stunning as Nina: a beautiful, charming and devoted wife who is also fiercely intelligent, independent and shown in a refreshingly three-dimensional light as a woman battling with the social constraints of the time – from the literal restriction of a corset to the impossibility she might join her partner on his exploratory missions. Despite a clear mutual respect between the pair, she even at times must face prejudice from her husband: “The jungle is no place for a woman…” Pattinson puts in a good performance as the initially drunken then admirably reliable Henry Costin; yet his screen time never seems to provide sufficient legroom for his character to become more than a backdrop to explore Fawcett’s own failures and triumphs. Tom Holland ensures the father-son relationship between Jack and Percy is realistically fraught, his emotion toward his absent father swinging between awe and bitterness.

James Gray, who drew on the nonfiction book of the same name by David Grann for his film, is meticulous in his storytelling and brings us up close to our characters, deep into the sweltering heat of the jungle, immersing us in the costumes, interiors and societal norms of early 20th-century England. Desperate scenes in the the Amazon river are strongly reminiscent of Werner Herzog’s Aguirre, the Wrath of God, while the wholesale production of an opera in its heart and depiction of native South Americans reveal a relatively unseen side of history.

Gray’s dedication to weaving his story and ambitious span across time and location perhaps leads the film to feel drawn out at times. But the movie’s immaculate cinematography, right up until the final picturesque frame, with career-pivoting performances from Miller and Hunnam, result in a fascinating and engrossing recapture of a lost part of history.

The Lost City of Z is released nationwide on 24th March 2017.

Watch the trailer for The Lost City of Z here: