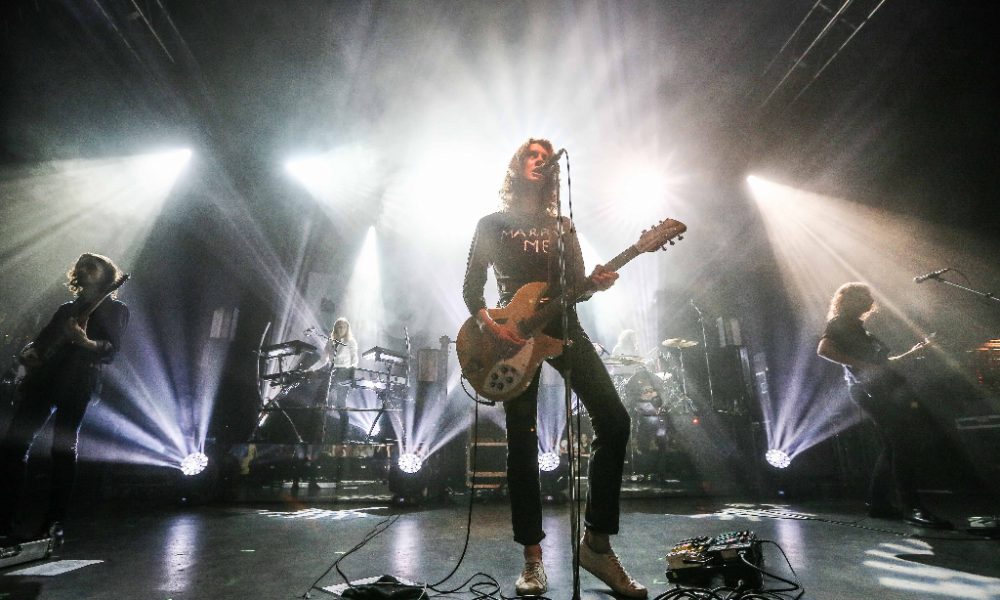 Blossoms at the Roundhouse | Live review

Two thirds of the way through tonight’s show, lead singer Tom Ogden pauses for a small aside. “In January 2014,” he confides in his wonderful Stockport accent, “we were playing a gig in The Monarch – who was there?” No one, it transpires. The Monarch is a small pub almost directly across the road from the Roundhouse, where the indie five-piece find themselves tonight, playing to a near sold-out crowd. This very aptly highlights the rapid progress they have made as a band. From formation in 2013 in Stockport to this pounding set at the Roundhouse, Blossoms have arrived here via placing fourth in the BBC Sound of New music 2016 list and a debut album that rose to number one in the UK Albums Chart on its first week of release.

They open with Getaway, fairly lightweight stuff and probably the most conventionally “pop” track on their record. The languid vocals of Blown Rose mark the halfway point of the show and is a nice tent pole to prop up the gig. Amidst a small explosion of sweeping lights and pumping smoke machines, Honey Sweet is a wonderful, Stranger Things-tinged song to play shortly before the obligatory pre-encore stage clearance.

The indie rockers of course withhold their most well-known hit, Charlemagne, until the finale. The audience react appropriately, feeding off the infectious energy of the musicians and launching an impromptu though admittedly somewhat tame mosh pit to end the night in style.

An excellent gig, especially considering this is a band less than half a decade old with just one album’s worth of material. At this stage in their career, Blossoms’ true skill actually lies in being able to take such a small body of work and wring so much fun out of it.

For further information about Blossoms and future events visit here.

Watch the video for Charlemagne here: