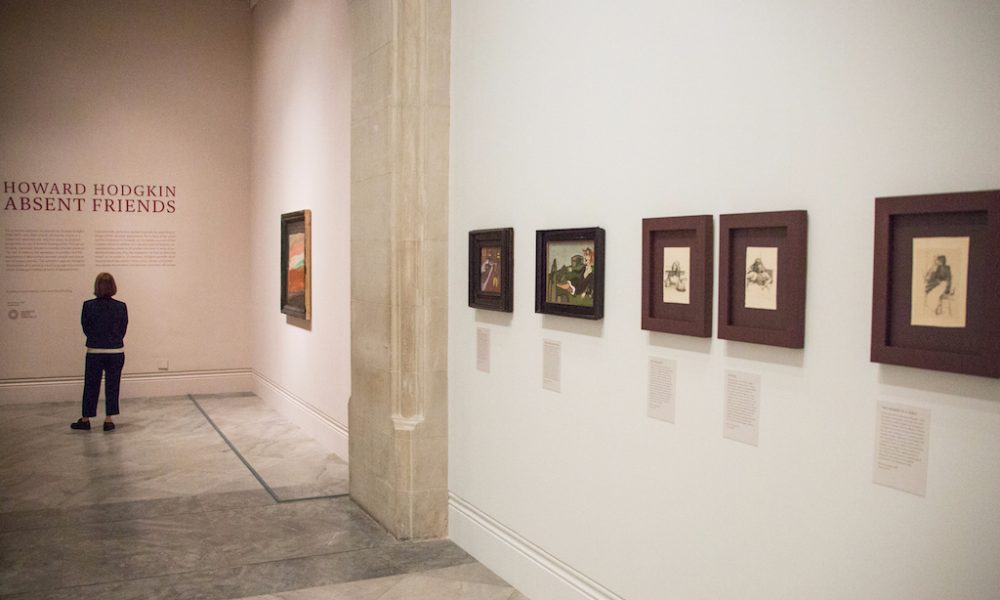 “I hung the first painting half an hour before I found out about his death,” Paul Moorhouse tells us. He is the curator of the first, and unexpectedly also the last, portrait exhibition of Howard Hodgkin (1932-2017), as the British artist tragically passed away before the showcase was opened.

Challenging our perceptions of what we even consider a portrait, yet also resisting what many misunderstand to be abstract art, Hodgkin’s pieces, spanning a 60-year period, explore a language of representation that captures the “emotional response and feeling of memory when we encounter someone, not just the physical experience”, Moorhouse explains. Exploding with an extraordinarily vast and experimental colour palette, the carefully constructed portraits (Hodgkin reportedly would spend years over each, adding strokes and layers incrementally until the feeling of the original memory returned) at a glance certainly look abstract. But on closer inspection, despite a lack of figurative representation, each have a clear subject and evoke the sense of a person or situation as remembered by the painter and hinted at to the world via his art.

The exhibition begins with the work giving the show its title, Absent Friends (2000-01), and in a way is a provocation, encapsulating the theme that runs through the collection: it doesn’t appear to be a portrait at all. Next up, his first ever piece, Memoirs (1949), painted when Hodgkin was just 17, takes a two-year-old memory of a holiday and seems to tell a story with a dynamic and interaction implied by its distinctively delineated figures in heavy black outline – though that full story one can only guess at. It also shows the influence of French painters of the time that many in London would not have had the artist’s privileged access to. The next room conjures the 1960 scene as it hit London, with nods to the pop art and abstract style of the mainstream that ultimately Hodgkin was an outsider of; almost tongue-in-cheek, he has fun committing his art friends of the time to paint: the pinstripe blue of Mr and Mrs Robyn Denny (1960), the pop art of The Tilsons (1965-67) and the twirling skirts of Mrs Nicolas Monro (1966-69).

After acknowledging his homosexuality in 1947, Hodgkin’s work began to explore more erotic and sensual moments, with pieces such as In Bed in Venice (1984-8), recollecting the shutters and glimpsed figure of lover Antony Peattie lying post-coital amongst crisp white sheets in a room in Venice Hodgkin “spent the British Council allowance on”, displayed in an intimate green painted part of the gallery. The final rooms move into a new style of working where Hodgkin reversed his approach and instead spent 90% of his time painting and repainting the memories in his head and only a short time on the physical piece, with Going for a Walk with Andrew (1995-98) showing urgent bold strokes that reveal the wood beneath, spilling out onto a heavy set frame as if unable to be contained. The journey ends on the powerful Portrait of the Artist Listening to Music (2011-16) looming large like a doorway to something unknown, completed specifically for the exhibition before his death while he was listening to The Last Time I Saw Paris by Jerome Kern, and zither music from the 1949 film The Third Man, contrasted by the sparse yet emotive blue strokes of Blue Portrait (2011-12).

The exhibition is a study of how Hodgkin developed a visual language of painting over his life to recreate the simultaneously intensely exact and blurred nature of memory and seeing a person. Psychologically charged, autobiographical and enigmatic, here are the moments of a life caught up in the collection of portraits: the ultimate memoir of a brilliant artist who no doubt had more to share with the world.

Howard Hodgkin: Absent Friends is at the National Portrait Gallery from 23rd March until 18th June 2017, for further information or to book visit here. 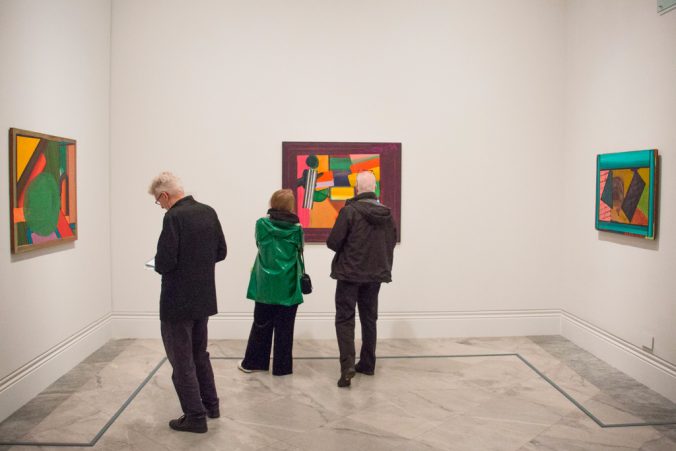 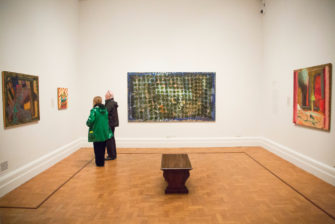 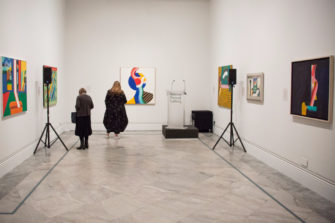 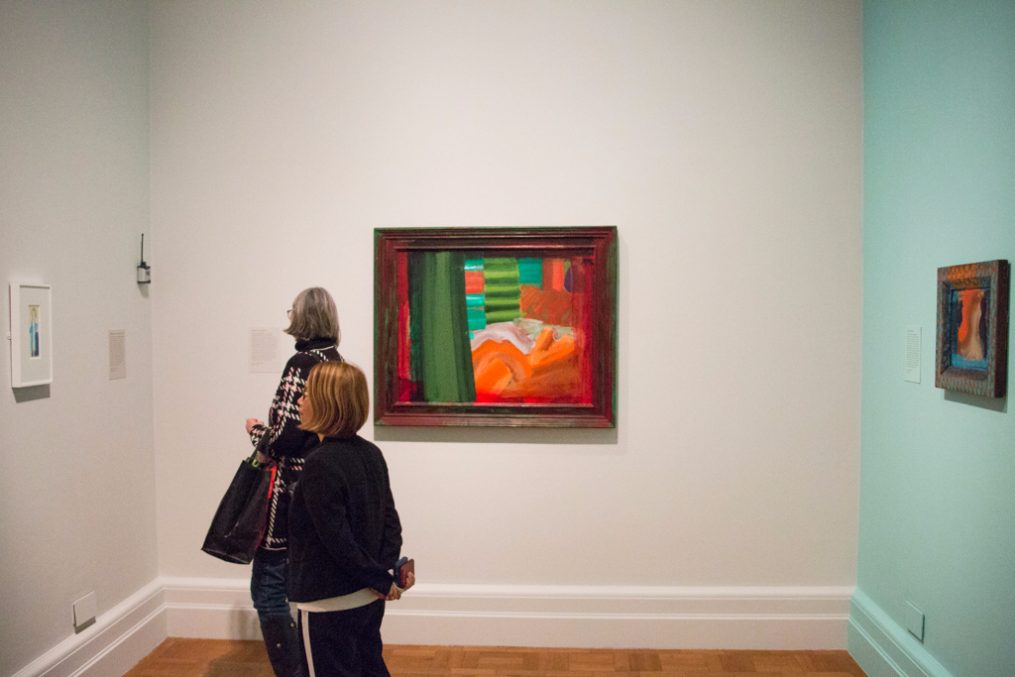 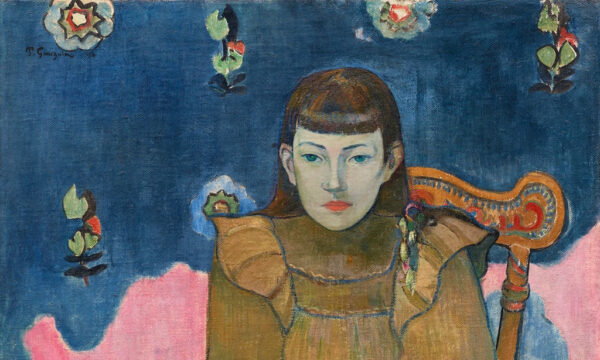