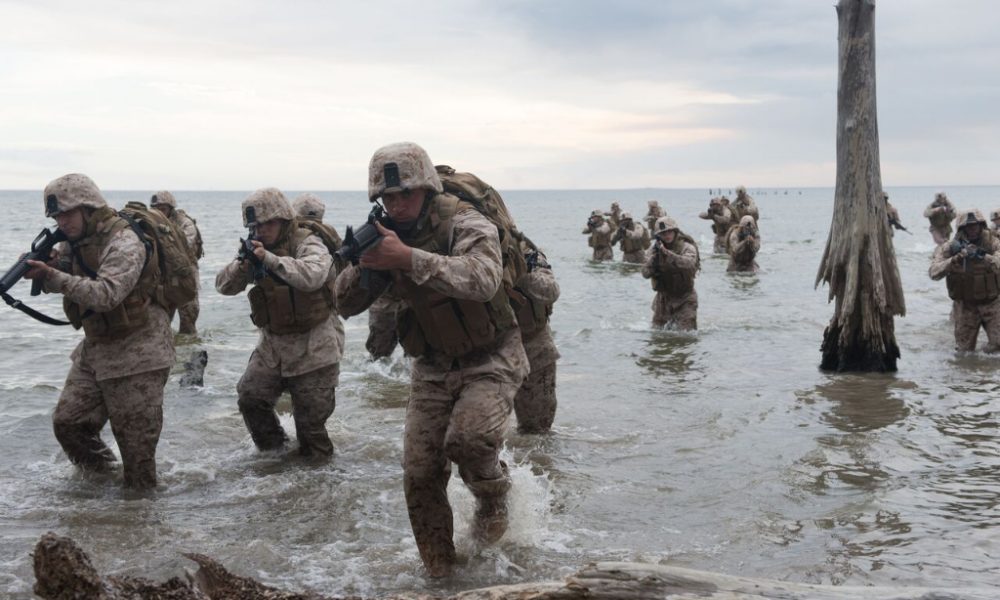 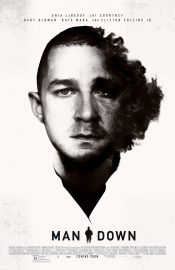 Dito Montiel’s Man Down is a stark, ambitious and largely well-executed invocation of the socially repressed phenomenon of post-traumatic stress disorder in US army veterans.

The premise of the film is a moving one: focusing in on the mental degradation caused by one man’s experience of war in Afghanistan, US marine Gabriel Drummer (Shia Labeouf) returns home from battle to find himself in a savage war-torn America where he must desperately search for his son and wife (Kate Mara) alongside his partner in battle and crime Devin Roberts (Jai Courtney).

Shia LaBeouf’s feral side is given ample space for expression as he and his seemingly unshakeable teammate roam past graffiti-scrawled walls in an unexplained post-apocalyptic US. Epitomising an immense capacity to truly give himself over to his roles (in brutal military training sequences involving pepper spray, LaBeouf opted for the real thing…) his is a raw and involving performance, the audience being drawn into Gabriel’s recurring experiences of the atrocities of war and distorting realities. His interactions with Gary Oldman as a stern yet father-like military counsellor, Peyton, are heavy with meaning and repressed emotion. LaBeouf shares an on-screen chemistry with a brilliantly down-to-earth Mara, particularly in a quietly charismatic early scene where she affectionately shaves her partner’s head ready for action. Sadly, her time on screen doesn’t quite allow her to develop beyond a sounding board for Gabriel, her later interactions seeming (perhaps intentionally) blank and coldly devoid of compassion.

Much attention is paid to some vivid cinematography – scenes of an “incident” in Afghanistan are powerfully shot and resurge as affecting flashbacks throughout. The final minutes are stunningly heart-wrenching while disturbing. The score sets off the picture’s controlled cadence, characterised by a minimalist script, lingering expressions and potent silences. Combined with a complex web of time hops, which painstakingly unravel the story, when the crux of the movie is reached there is almost a sense of relief.

The pieces are all there for a phenomenal film, with heart and soul imparted to its narrative from the all-consumed writer Adam G Simon, Montiel’s telling of it in a “dirty and real and honest” way and dedication from a stellar cast with an uncompromising LaBeouf at its centre. Man Down’s message is an important one and the nature and experience of trauma are artistically made manifest, translating incomprehensible horrors into the terms of an everyday reality. The stats running across the screen before the credits – “200,000 veterans are living homeless, 20 commit suicide every day” – cement the picture’s exposure of the insidious secret hiding behind the West’s military exploits, the unaccounted for cost of being the world’s police. But the film lacks subtlety and nuance to let the subject matter speak for itself. What holds Montiel’s production back from greatness is the use of a sledgehammer when a nod to such injustices would do.

Man Down is released in selected cinemas on 31st March 2017.

Watch the trailer for Man Down here: