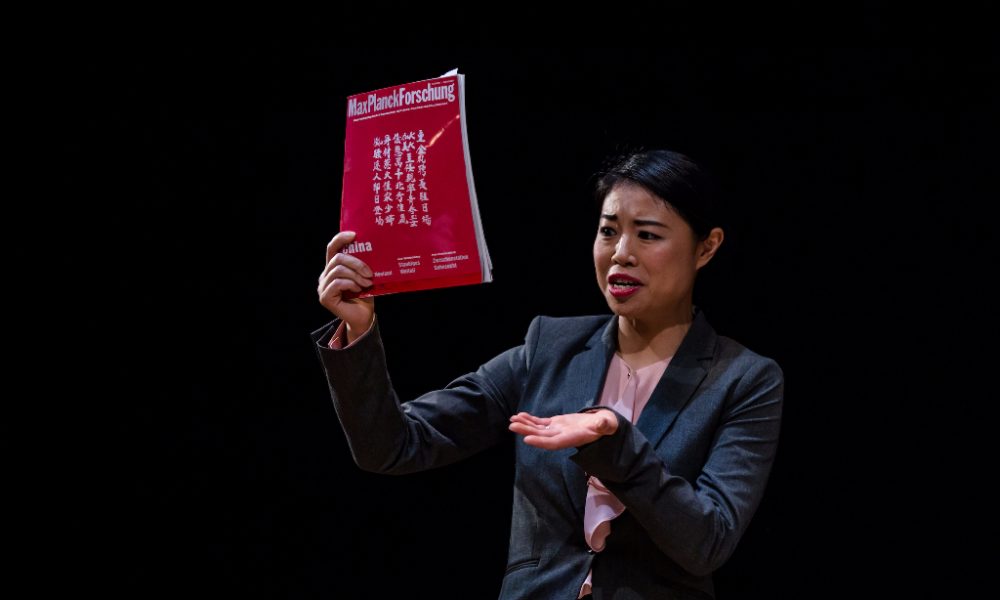 Crossing the pond to the UK, Chinglish is a smart evocative comedy about an American businessman trying to win a contract to manufacture the signs for a cultural centre. Directed by Andrew Keates and penned by critically and commercially acclaimed writer David Henry Hwang, the piece is the riotous exploration of two ideologically opposed cultures and economies trying to communicate. The idea of guanxi, the system of social networks and influential friendships facilitating business deals, is central to the play.

Most of the dialogue is spoken in Mandarin, and translated into English with supertitles, and its humour lies in the miscommunication and bad translation between the characters. As Midwestern businessman Daniel Cavanaugh, portrayed by Gyuri Sarossy, explains that he runs a small family firm, a translator says, “his company is tiny and insignificant”. Dramatic irony propels the humour without getting old, and provides some truly side-splitting laughs. Characters are sassy, rude, insightful, and often as confused as Cavanaugh as they try to communicate.

As the story unfolds around the guanxi between Cavanaugh and vice-minister Xi Yan, played by Candy Ma, the diversities in culture between China and the West really shine through. More than business practices and propriety, the difference in the meaning of words truly highlights the philosophical distinctions between the characters. The auditorium is completely silent as Xi tries to explain what marriage means in China. Here, the heart of the play is uncovered in the sad, moving sacrifices made by her.

The set design is minimal and effective. In truly contemporary fashion, actors pull and push parts of a wooden cube on stage to create sets; a bedroom, a bar, a minister’s office, every setting is changed within seconds and allows the riotous comedy to flow uninhibited.

With a stand-out performance by Candy Ma, an excellent script, staging, and direction, Chinglish is a must-see play. The entertainment value is astronomical, and its comments on cross-cultural relationships are smart and insightful.

Jivan Ward
Photo: Richard Davenport
(for The Other Richard)

Chinglish is at Park Theatre from 22nd March until 22nd April 2017, for further information or to book visit here. 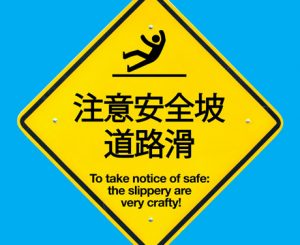