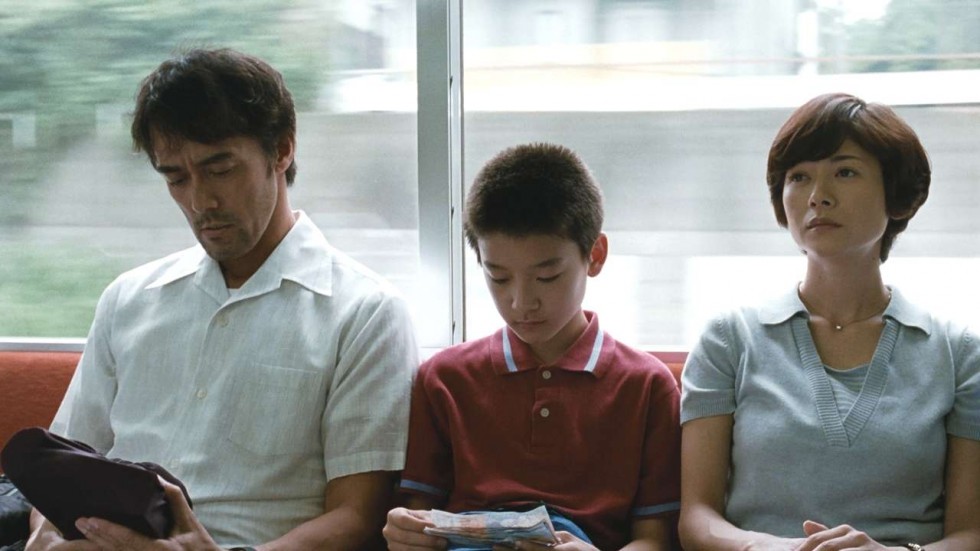 After the Storm | Movie review 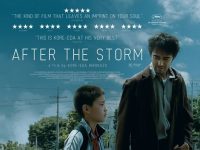 After the Storm is the latest work from the great Japanese director Hirokazu Koreeda. Known for his deeply felt family dramas, which deal with loss and generational differences, this latest feature is a profound continuation of his many sensitive portrayals of modern Japanese families.

Hiroshi Abe, who also appeared in Koreeda’s famous 2008 film Still Walking, stars as Ryota, a struggling writer. Divorced and unable to pay child support, he supplements his income as a private investigator, exposing cheating spouses, but often betrays his clients for a bribe. The rest of his money he fritters away gambling at the bike track. His father has recently passed away, and he pays infrequent visits to his elderly mother Yoshiko (Kirin Kiki). She nurtures a tangerine tree, planted in his childhood, which has never flowered or borne fruit. It could stand as a blunt metaphor for her son’s halted career. The 6’2 Abe looks comically large in the cramped retirement flat, also a less than subtle metaphor, that he cannot afford to buy her a larger place. His sister only visits their mother when she wants a free meal, or money for her children. Each suspects the other of taking advantage of Yoshiko.

The weight of Japan’s ageing population bears down on the shoulders of this overworked younger generation, yet both old and young are to blame for their separation from each other. Ryota’s reconciliation with his family comes only when they are trapped indoors together as a typhoon rages outside. Not one for melodramatic showdowns, Koreeda instead uses this to explore the individual relationships between the family members and their gradual understanding of one another. When, towards the end, Ryota’s son asks him if he has become the man he wanted to be, he has the maturity to admit that he has not, but is working towards it. His honesty results in a connection with the boy, one that will hopefully last this time.

The most telling moment of the movie is between Ryota and his sister, who chastises him for using their childhood memories as fodder for his work. Koreeda has always had a preoccupation with memory, and how collective family memories serve to combine and influence both the past and present for his characters. He often speaks of his mother and how he tries to make the kind of films she would have watched and enjoyed. After the Storm is tender and understated, managing to bring to light a simultaneously Japanese and universal story, and is another masterpiece from one of Japan’s greatest directors.

After the Storm is released nationwide on 2nd June 2017.

Watch the trailer for After the Storm here: