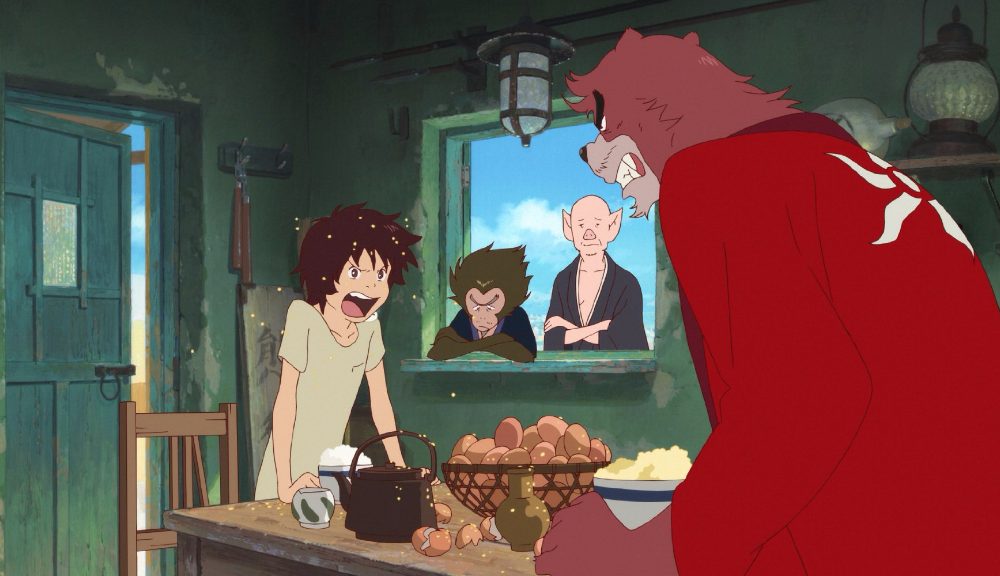 The Boy and the Beast | Movie review 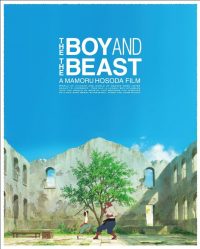 To non-anime fans, the synopsis of The Boy and the Beast could sound a lot more confusing than it initially appears. Ren is a child runaway living on the Tokyo streets, who accidentally stumbles into “Jutengai”. It’s a magical world populated with anthropomorphic creatures in a setting reminiscent of feudal-era Japan. The Lord of Jutengai announces his forthcoming retirement (so he can ascend to godhood) and declares two potential successors: the noble Iozen and the surly Kumatetsu. To become lord, they must duel each other in the future, but, first, Kumatetsu must take an apprentice to train. He chooses Ren, who he renames Kyuta.

Critically acclaimed film director and animator Mamoru Hosoda (The Girl Who Leapt Through Time, Summer Wars) helms The Boy and the Beast and crafts a visually brilliant pastel-coloured tale that’s ultimately about fatherhood and redemption. There is a delicate attention to detail for the varied scenery and movements of characters. As such, it’s understandable how people regard Hosoda as Hayao Miyazaki’s cinematic heir – like Miyazaki, his characters eschew exaggerated buffoonish movements. Moreover, whilst the film isn’t particularly reliant on its fight scenes, refreshingly they do not opt for the pointlessly stylish route. These sequences are still exciting to watch and, even excluding their supernatural elements, tension is built through the well-developed rivalry between characters.

The strongest part of The Boy and the Beast is the relationship between Kyuta and Kumatetsu. When they first meet, Kyuta is an angry and lonely nine-year-old. Kumatetsu is equally temperamental, but as the surrogate father, the clash of personalities drives the most interesting aspects of the movie and leads to some genuinely heartfelt and amusing moments. This is bolstered through fantastic voice acting from Koji Yakusho, Shota Sometani and Aoi Miyazaki.

With regards to the negatives, that depends on how much the viewer is a fan of Hosoda’s earlier works; they probably won’t place The Boy and the Beast as being better than Summer Wars or The Girl Who Leapt Through Time. At points, the plot and dialogue is clumsy and forced in comparison to his other films. Additionally, although narratively necessary, Kyuta’s subplot in the human world is nowhere near as compelling as his time in Jutengai.

By itself The Boy and the Beast is a wonderful coming-of-age story, even if it doesn’t reach the bar set by Hosoda’s other works.

The Boy and the Beast is released in selected cinemas 7th July 2017.

Watch the trailer for The Boy and the Beast here:

The Tempest at the Barbican: An epic high-tech take on the Shakespearean classic | Theatre review
The Aviator Bar at Hush in Mayfair | Restaurant review