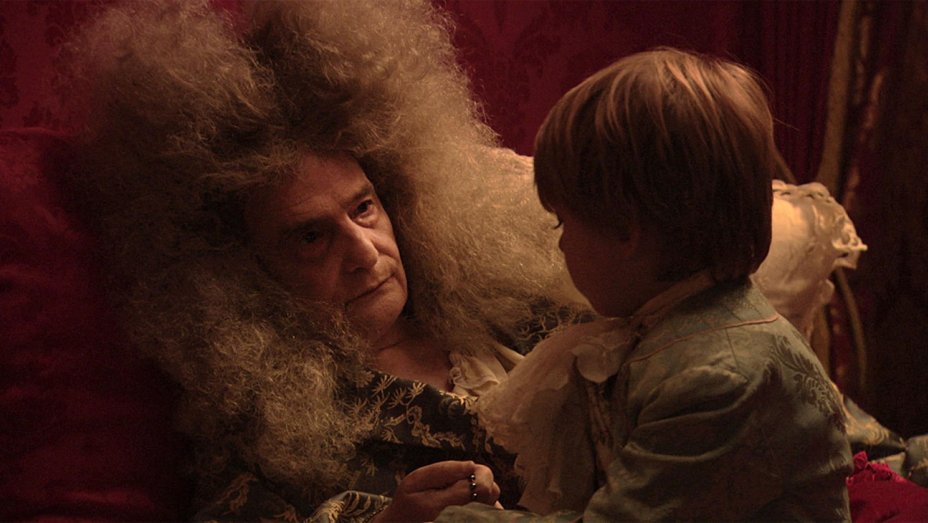 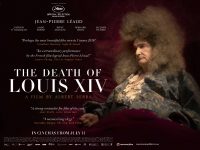 Catalan writer/director Albert Serra showcases French legendary actor Jean-Pierre Léaud in the lead role of biographical film La Mort de Louis XIV (The Death of Louis XIV). There is no doubt that it is Léaud’s star-presence that carries Serra and Thierry Lounas’s co-written script above and beyond what other actors could have done with the material. One particular scene when the actor gazes directly into the camera while a powerful violin piece fills the score is simply mesmerising.

The effect of the moving nature images behind the opening credits edited with the sounds of birds chirping is quite interesting. The opening – and only – shot of King Louis outdoors during his hunting trip is one that evokes the leg pain that will soon immobilise him. Beyond this sequence and a joyous scene with the Sun King enjoying the company of his two dogs, this quiet tale of the death of a monarch is both painful and fascinating to watch. It is an intimate study into the private sphere of the longest reigning European monarch and the claustrophobic feeling that envelops his last days.

Serra’s reliance on the slow and careful movements of his actors, with unhurried pacing that might be difficult for some viewers to follow, is without a doubt a worthwhile journey. The gorgeous costume design by Nina Avramovic and makeup by Lluís Soriano, especially the crazed hairstyles of King Louis and his court, are a highlight of this meticulous historical period piece. Jonathan Ricquebourg’s exquisite cinematography accentuates the lush velvet and gold set design and elaborate hairstyles.

The Death of Louis XIV somewhat feels like a documentary – never missing a beat – centred around the agony of Louis XIV’s bedside, yet it transcends that documentary feel in a most distinct way. Léaud’s honest and fearless portrayal of an elderly leader clinging to his last breath is at times uncomfortable to watch. The close-ups of his character and the care and concern given to him by ever-present attendants and valets reflect the absolute devotion that his subjects have. This will be relatable to anyone who has witnessed the up-close deterioration of a family member’s ailing health. Serra’s classic historical study of King Louis XIV’s death will linger on one’s mind for many days.