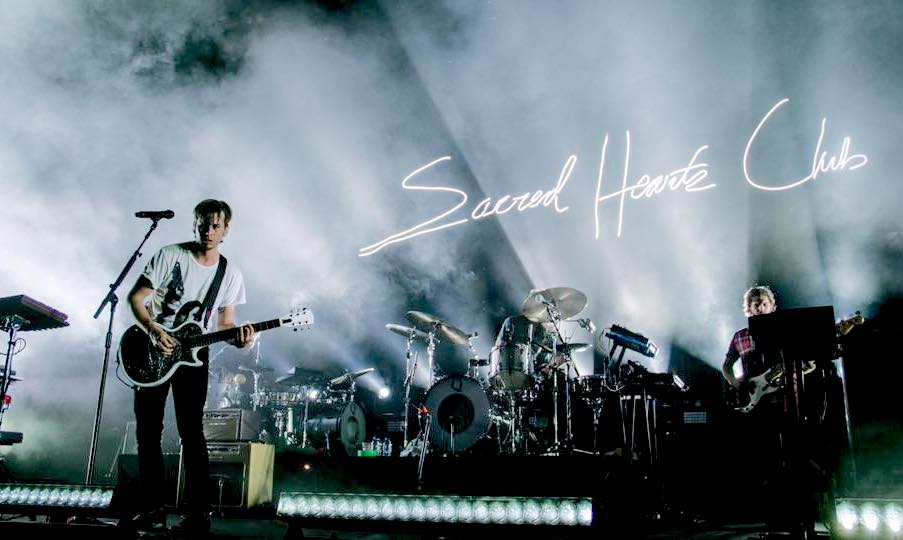 Doing It for the Money, Call It What You Want

Foster the People put on an intense and electrifying show last night for Summer Series, a yearly music event hosted by Somerset House. Combining old and new, the performance took place in the venue’s grand courtyard, enclosed by the 16th-century building. The concert, in support of their upcoming album Sacred Hearts Club, debuted a number of new hits.

The band started strong with their single, Loyal Like Syd & Nancy, released at the end of last month. Later in the set they played another new, MGMT-sounding single Sit Next to Me, released just three hours before. Both are to be included in their new album. From their new EP, the band also played hits such as SHC and Doing It for the Money. The new tracks proved to be a change from their last album, Supermodel, taking on a more artistically progressive, diverse vibe.

The set was truly a show for the eye as well as for the ear, as the strobe lighting and smoke machine accompanied hits like Pay the Man and Helena Beat, flashing and changing colour with every song. Frontman Mark Foster, whose hair was slicked back, wore a black leather jacket but donned the greaser look midway through. In a black, sparkling shirt he shuffled across the stage, glistening under the light as he sang. Coming of Age was an energetic and funky; encouraging the crowd to dance around.

Foster followed on by celebrating diversity, mixed in with their jingle turned breakthrough hit, Pumped Up Kicks, stating that with everything going on around the world, we are vibrant and diverse, “unified by being here, experiencing the same thing”. His speech seemed appropriate with the pride flag flying from the roof of the venue. He ended by saying how the things that make us different are the things that make us beautiful, calling out that “love will always be bigger than politics”.

Following on from their new indie rock single Lotus Eater, the band exited the stage as darkness fell and chants for them to return came from the crowd. They returned once more as a multi-coloured stream of light flooded the stage, finishing with the upbeat Houdini and Call It What You Want, giving the Summer Series crowd what they came for and culminating in an exciting and fresh performance.

For further information and future events visit the Foster the People website here.

Watch the video for Sit Next to Me here:

Doing It for the Money, Call It What You Want