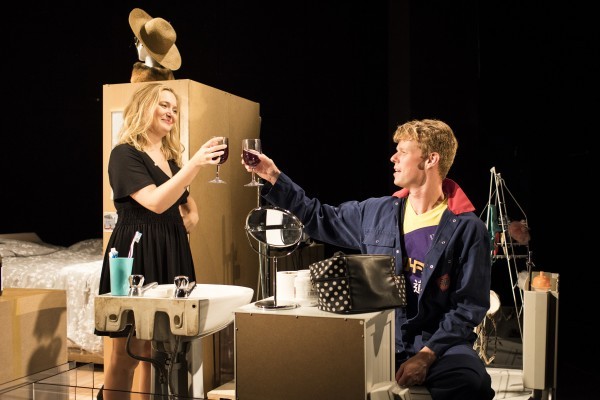 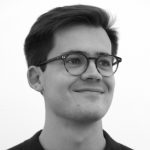 You know Delilah. Or your sister is a bit like her. Or your friend, the one in HR, who you’ve been out with a few times, her egging you to the next pint. Maybe you dated her, for a while, planned for a vacation and a deposit that were as fictional as the reality TV you binged together. Or maybe you are Delilah, wanting to experience this city, wanting to know yourself, beyond gym sessions and Tinder dates, wanting to understand what makes you tick, and what gets you off – because you’re 32, and you don’t know yet.

The banalities and occasional beauty of everyday life of 30-something singletons are exposed with surgical incision and delicacy in Touch by Vicky Jones, to form a winning, witty and surprisingly warm production that lands with a light foot at the Soho Theatre. Prematurely pigeonholed as a sister piece to the meteoric success that was Fleabag (both show and series), Touch emerges as a singular, distinct piece that veers away from the intimate character study of Fleabag, turning instead to the broader canvas of 30-something desire.

Abandoning Swansea for maternity cover in London, Delilah’s (Amy Morgan) new boyfriend (a perfectly patronising James Marlowe) is a bit bossy – filing her bills, monitoring her diet, cutting his own keys. Mercifully, Vera (Naana Agyei-Ampadu) has her back with boozy Wednesdays backed up by spin sessions. As she makes her way through nine months in her impressively messy, tower block flat, Dee continues to want more – not realising exactly what she wants is the wanting.

Going into Touch, one could be forgiven for a slight wariness about another tale of the “messy lives of 30-somethings”. But few films, shows or plays recently offer characters as endearing and as deceptively complex as Dee, and few have scripts that so clearly adore the characters within them. Weaving through the protagonist’s escapades with her new boyfriend, Vera, the dashing posh boy from work (Edward Bluemel), her ex (Matthew Aubrey), is her spine-tingling episode with Miles (James Clyde), there to fulfil a very specific variety of desire for Dee. The scenes between Morgan and Clyde are electric, the sort of tete-a-tete that makes us hold our breath, and root for the characters like they’re in combat.

Using the cross-section of Dee’s flat, which rotates per scene to intimate effect, and the soundtrack to every hangover anyone’s ever had, Touch feels familiar, but never rote. We know these characters, but, like the types they are based on – they surprise you, catch you out, and sweep the floor from under you, just as they do with Dee. Having fallen for her by the end of the piece, or somewhere near the middle, you want her to be happy. You want her to stop wanting.

Touch is at Soho Theatre from 6th July until 26th August 2017. For further information or to book visit here. 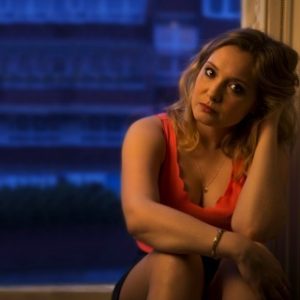