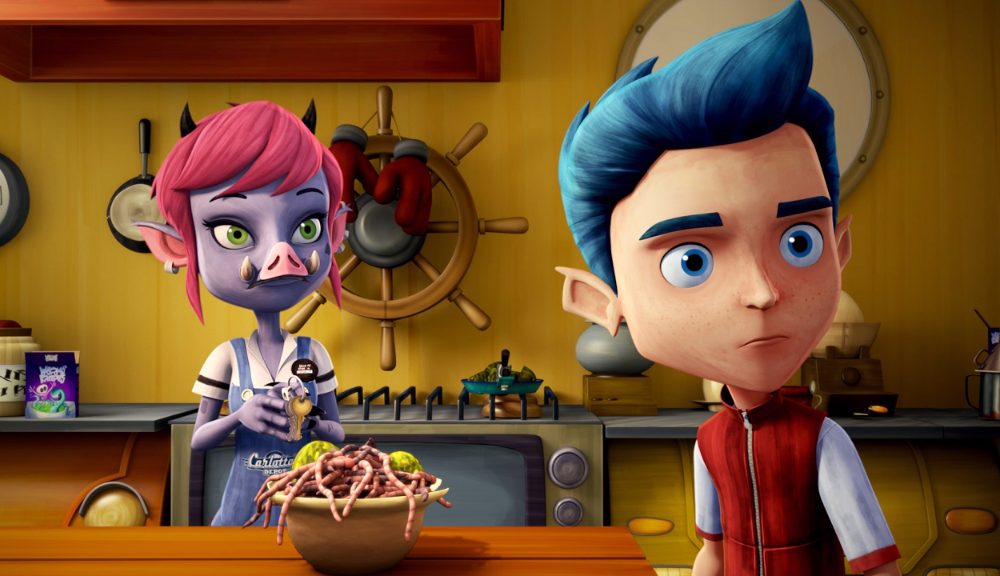 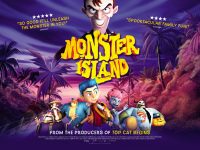 In the arena of children’s animation, there’s been a progressive complexity since Pixar’s domination in the 90’s, and beyond. The films aren’t solely fun, glossy and hilarious adventures, but parables or fables, usually unveiling and illuminating a moral or social issue in a way that’s digestible for children. So, imagine a child goes to school, runs into the school bully, accidentally blow up his science experiment, and finds himself turning into a monster after being humiliated at a friend’s Halloween party. Monster Island follows Lucas’s discovery of his and his family’s unique origin; they’re monsters, and his father has been giving him preventative medicine stopping Lucas from turning into a beast. After confronting his dad, he decides to find Calvera where all monsters, and his family, live.

While the premise is intriguing, and the story is full of metaphor about growing up, being different and accepting yourself for who you are, the film totally avoids any mention of its themes. As well as ignoring any meaning, Monster Island lacks authentic humour, narrative cohesion and, at times, suffers from weak animation. Whole plot points get convoluted and go unexplained, most of the monster design is generic, some action sequences are rendered badly, female characters are either attractive or fat, foreign characters are given awful accents, and the denouement is seriously wanting.

The problem with Monster Island is its loss of potential. As the story builds, the characters do develop, and the antagonist reveals himself – it feels like it will all lead to something pretty awesome. But everything falls apart in the third act. Children may find the animation style charming, and the moments of slapstick entertaining, but there aren’t many redeeming features about this movie. Though some of the monsters look cool, Lucas is a likeable character and it’s fast paced, it’s also excruciatingly uninspiring.