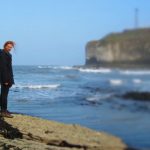 Katherine Nesbitt is a director originally from Belfast. She studied in Glasgow where she was also the Artistic Director of Makeshift Broadcast, a company that nurtured new talent. She has directed The Company of Wolves by Angela Carter at the Edinburgh Fringe and Attempts on Her Life for the West End Festival in Glasgow. She received a JMK Regional Assistant Director award on Swallow by Stef Smith, which was the winner of a 2015 Fringe First, and she was most recently Assistant Director on Tony Kushner’s iHo at Hampstead Theatre.

In August this year, together with Announcement Productions, Katherine is bringing Peter Sinn Nachtrieb’s Boom, a comedy about sex, the end of the world and tropical fish, to Theatre503. Written in 2008, it was the most-produced play in the US between 2009 and 2010, and received rave reviews. We caught up with the director to talk about this apocalyptic comedy, her projects with new writers and why she loves the theatre. 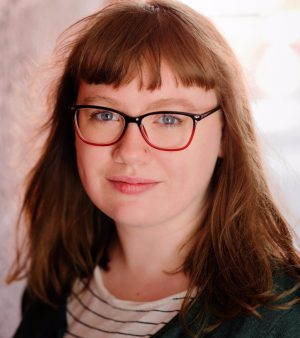 Boom is described as a comedy about sex, the end of the world and tropical fish. Can you tell us a bit more about it?

Jo is really our entry into the play – she’s a young student who has come to another part of campus for a casual date knowing nothing more. Jules doesn’t quite get what he bargained for with Jo, whom he has promised “sex to change the course of the world” – a pretty grand offer that means something rather more important than Jo expects. I’m doing my best not to tell anyone too much about the play at all – so much of its humour comes from revelations as these characters get to know one another.

This is Boom’s UK premiere. How did you discover the play?

The script was sent to me by Announcement Productions’ Ian Melding, who discovered it when looking for a new project to work on. His excitement around the script has brought everyone on board, and somehow it had never come to the attention of myself, the cast or any of our team. We’re very lucky to be able to bring it to a UK audience for the first time.

During the play’s US run, Nachtrieb was praised for his humorous dialogue and imaginative storytelling. Do you think it’s easier to reach audiences through comedy, or fantasy, when dealing with dark and serious issues – or does it depend on the subject?

I think comedy can really disarm you as an audience member, and make you much more open to exploring ideas or concepts, and it’s really useful when looking at complex scientific ideas. I think humour can also help you make imaginative leaps, especially in situations where the reality is completely ridiculous. Using comedy on what appears to be a serious subject can stop you making obvious choices or assumptions too.

Have rehearsals been fun?

We’re just getting started and finding out how much there is to mine in this material – our cast are so inquisitive and we’re finding new things in the script in every rehearsal. That being said, it’s also a very funny script, and it gives you a lot of freedom in rehearsal to play and not to settle on any one idea at the beginning.

Peter has been great at answering questions for us and supporting us in any way he can from afar, which has been such a great resource for myself and the actors as we build our understanding of the play. With it being a comedy, we are also aware of wanting to know how audiences will react, and we’ve had great support from the team at Theatre503 visiting us in rehearsal.

What does the play tell/show us about survival and being able to adapt to how the world is changing? Is it a challenge to balance the heavy themes with a lighter tone?

The three characters are as different from one another as you could imagine, and it shows us that biologically and personally our responses to survival aren’t uniform and yet we share a lot of animal instinct. It’s a robust play, which means it can handle a lot of exploration and choices about how to balance the humour with the bigger themes.

Much of your work has been in bringing new writing to the stage and supporting new talent, and you have directed and produced the View From Here festival at Theatre503, giving regional writers the chance to have their work performed in London. How do you think the search for great new writers is changing or has changed over the last few years?

British theatre has long held the playwright at the centre, and whilst I don’t think that’s changed much, I do think we are seeing more diverse voices represented. There is such a long way to go, but I think audiences and artists alike benefit when we share and listen to perspectives other than historically dominant ones, and we as audiences can influence that change by supporting new work.

The word “regional” has its function, but I think it can sound parochial or diminutive sometimes – we have vibrant cultural activity happening across this country, and people in every region who have stories to tell, and which, in other parts of the country, we want to hear.

Are you planning more View From Here festivals in the near future? Where in the UK would you look next to find your writers?

We are beginning to programme and make plans focusing on writers from Northern Ireland next, with a Welsh event in the pipeline. The first festival came about because I’d relocated to London from Glasgow and wanted to bring some work by Scottish playwrights that I knew and admired who I felt should be getting more attention. I’m from Belfast, so I’m particularly keen to celebrate work from Northern Ireland – and we should be able to announce some names soon so keep an eye out!

You directed Attempts on Her Life for the West End Festival in Glasgow in 2011, which is one of my favourite plays. How did you go about bringing such a challenging work to the stage?

I love ensemble work, whatever the size of the cast. It’s such a vivid, visual play, and I knew I wanted to do it as a promenade production. The play constantly contradicts itself and wrong-foots you, so we wanted to have scenes pop up across the space. The audience are detectives trying to figure out Anne’s identity – so we wanted them on their feet as active participants.

You have recently relocated to London from Glasgow. How do the two cities differ from each other in relation to their theatre scene?

To be honest, I was surprised that despite the difference in scale, everyone working in theatre feels very connected. New writing is very much the go-to for emerging directors in Scotland as there’s such a strong new writing scene, and there’s maybe more work made by emerging directors in London that involves interpreting older texts. There isn’t the same history of pub theatres in Scotland, and that often means theatre spaces are adapted in a whole range of buildings.

Which writers or directors have inspired you the most?

Having lived in Scotland when the National Theatre was established, I have long followed and been inspired by Vicky Featherstone, which has continued in her artistic directorship of the Royal Court. It seems to me she places emphasis on building lasting relationships with writers and designers, as well as championing women in theatre.

I like to be challenged by form on the page and the stage, and be invited to think differently about how I approach a play, so I love work by Marina Carr, Martin Crimp, David Ireland, Suzan Lori-Parks; however, it’s really the emerging playwrights that I’ve worked with across most of my career that have taught me the most about directing, where my strengths and weaknesses are, and the kind of work I want to make.

Will theatre always be the medium you want to work in? What do you love most about it?

I’ve never felt any impulse to move towards directing for television or film, though it’s not something I would ever rule out. The thing I like best is knocking ideas around in a room – in pre-production, in rehearsals and with a live audiences, so I think that’s what always keeps me making theatre.

What would you say to someone who has never been to the theatre?

A lot of the traditions and culture around theatre can be really exclusive, but the best work is always just trying to tell you a story.

And if you’ve been to the theatre and think it’s not for you don’t let one experience shape what you think it is. I don’t subscribe in the monolithic idea of “theatre” – it can be many things to many people, as long as there is someone telling a story (in whatever format that might be) and someone for them to tell it to.

Any advice for aspiring theatre directors?

Don’t be afraid to ask for anything –  the worst that will happen is that someone says no.

After Boom, what’s next for you?

I’m in conversation with a few playwrights about getting their work on in the next year in London, and some projects in the pipeline that might take me back to Scotland too. I’m always happy to follow the work wherever it takes me.

Thank you for talking to us!

Boom is at Theatre503 from 2nd until 26th August 2017. For further information or to book visit here.