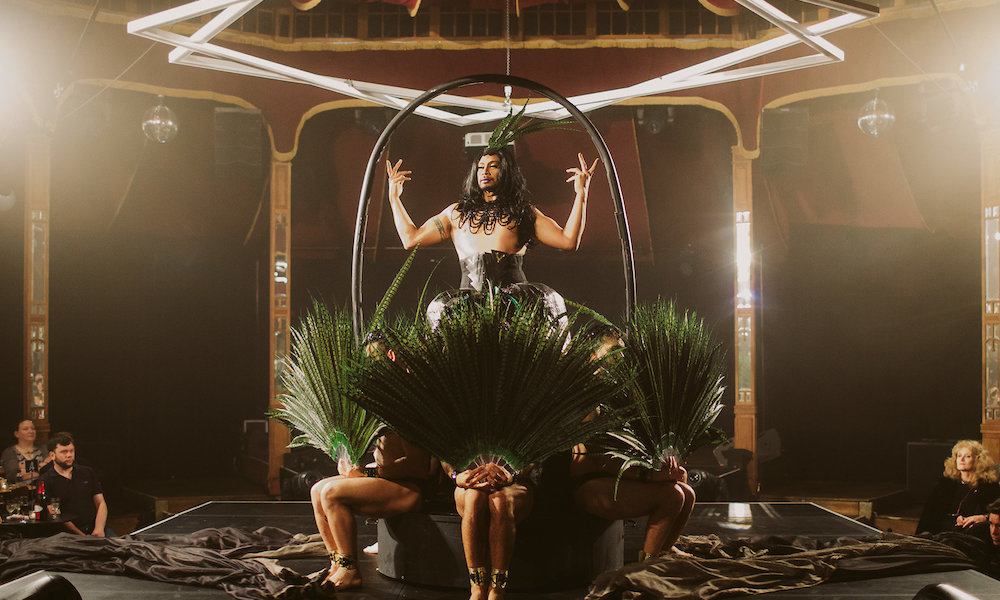 Right now, “shit is feeling, well, pretty shit” but – fear not – the future is bright. The future is sparkly. Ladies and gentleman, genders unforeseen, roll up, roll up: the Briefs boys are back in town. After conquering the world four times over with their trademark blend of circus, drag, burlesque and comedy, this time the Australian collective are ready to explore the third dimension. Crash landing their mothership into Southbank’s Underbelly Festival for 12 wonderful weeks, Close Encounters tests the limits of masculinity, taste and decency, and offers dizzying new thrills that are out of this world.

Hurtling headfirst into the unknown would no doubt be a daunting prospect without our glamorous leader and captain Commander Shivannah (Fez Faanana) at the helm of this starship. All voluminous catsuits, witty irreverence and unrestrained sass: viewers are in safe (and not to mention very well manicured) hands. Steering a seven-strong cosmic crew in all the right directions, the rocket-fuelled variety show sees the boys hooping, juggling, tumbling, acro-balancing and lip-syncing their way through 65 minutes at warp-speeds.

Never seen a troupe of diamante astronauts gyrating to Nikki Minaj’s Starships? Long for gravity-defying aerial feats accompanied by an extraterrestrial diva in billowing lamé? Not sure chemical experiments, Rubik’s Cube, and juggling go hand in hand? You’re in for a treat.

It’s all so tightly wrapped up in cheeky humour and silliness that one could almost forget that they’re incredibly talented – intimidatingly so. From Thomas Gundry Greenfield’s politically charged performance art (with subtitles) to Las Vegas award-winning Captain Kidd’s aerial athletics, these extra-terrestrial invaders are taking no prisoners.

Definitely more polished and, dare we say, sophisticated, than its previous incarnations, Close Encounters is still delightfully naughty, but feels multifaceted even in its debauchery. The crowd is a gleeful mix of first timers – who are deflowered en-masse in a baptism of angle-grinding sparks and shower of glitter – and insatiable die hard fans who can’t help but come back for more. An all-in experience that bonds even the stoniest of strangers, together the audience is united as one, perched on the edge of communal climax one minute, then roaring with laughter the next. All creeds, colours, ages and sex, the boys will have spectators screaming like a hen party, along with all the other hen parties, in no time.

It’s so much more than burlesque with balls. Yes, Briefs is a ballet of birds of paradise that primp and preen, undressing to a chorus of Velcro and Kate Bush. But it’s also packed with razor-sharp pop culture references and a self aware wit that probes into the very fibre of society today.

The perfect antidote to all that is beige and boring, Briefs boldly goes where no man, woman (or whichever gender you identify with), has gone before and offers a delicious departure from the daily grind. This glorious intergalactical romp will have audiences begging to be beamed up and away from it all into space.

Clinging to the last dregs of drag, the crowd files out, blinking in the bright lights of the outside world. The show may be over but the memory remains, supernova bright burned into our retinas, eclipsing everything else. Bonded through shared experience, we leave a little bit brighter, a little more hopeful – and probably, covered in glitter.

Briefs: Close Encounters is at Underbelly Festival from 14th until 30th September 2017. Book your tickets for Briefs here. 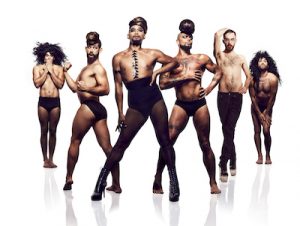