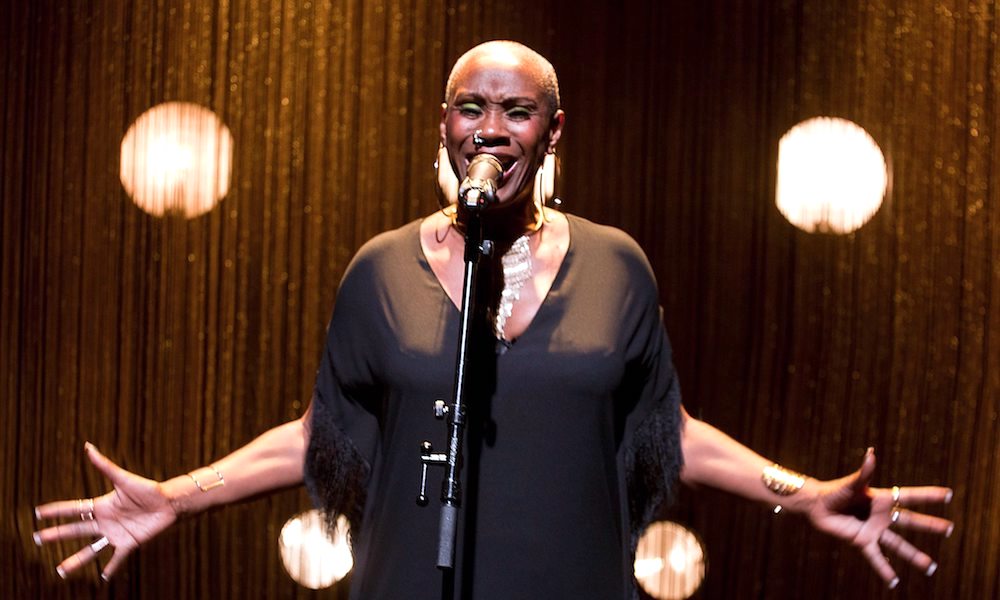 Josette Bushell-Mingo in her devised play Nina – A Story About Me and Nina Simone at the Young Vic, is a brave attempt at broadcasting the philosophical nature of a revolution, blankly stating that the end to the racial prejudice the Civil Rights Movement of the 1960s fought for, still has not come.

We learn quickly, well right from the outset, that this is not a just musical. If it were, albeit held up by the faultless playing of Shapor Bastansiar, Shaney Forbes, and Jair-Rohm Parker Wells, the one-woman show would have been lacking. The interrupted songs, and the at times pitchy voice of Bushell-Mingo, detracted from the overall sense that the music itself was the drawcard.

The performance is undoubtedly a political piece, a veritable stand against the term “revolution”, meaning simply to come full circle, moreover that racism and violence towards “blacks” has not ended. However the physicality of this idea needs refining. As a whole the show lacked the sensitivity and the full expression that a powerful message encapsulates. The audience felt the anger and frustration, but in theatre, where the time and space to express the subtle nuances of a humanitarian issue is available, the opportunity was somewhat missed, and the prevailing feeling was visceral discomfort and a confused desire to walk out.

However, the poignant political stand eventually softened, and the desire to please prevailed, making way for the renditions of Nina Simone’s most remembered songs, which got the Young Vic clapping, cheering and bouncing off of their feet and seats. It is important to realise that this is not a piece of theatre specifically about the life and music of Nina Simone, but rather it’s about the life of Josette Bushell-Mingo, inspired by the life and music of Nina Simone. This one-woman play offers posterity to the latter, extending Simone’s crusade to end racial disparity and the significance of the following purposeful question: “How did we come to a time when we have to say Black Lives Matter?”

Nina – A Story About Me and Nina Simone is at the Young Vic from 22nd July until 29th July 2017. For further information or to book visit here. 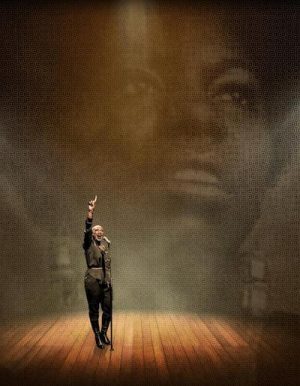 Nina – A Story About Me and Nina Simone