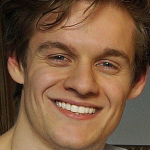 Plan B at the Shakespeare's Globe

After a four-year hiatus, the maverick of UK hip hop is back. With his long-awaited fourth studio album set for release later this year, and the video for his new track In the Name of Man unveiled earlier in June, Plan B took to Shakespeare’s Globe for a one-off comeback gig filled with spectacle and theatricality.

Dressed in a smart-casual blue suit, with a buckled body-armour-like vest and his face painted white at the jawline, Plan B entered on stage looking like a new man. In his time away, the singer-songwriter has matured and was keen to debut his work. He kicked off with several unreleased songs from the upcoming album – a challenge since the crowd’s reaction can be subdued, but while it was overwhelmingly positive for Plan B, it was clear from the get go the sound wasn’t quite balanced. Drew’s signature voice was difficult to pick up over the instruments, clearer only in quieter moments and issues with muddy sound persisted throughout the show.

Consistently tapping his earpiece and signalling to band members he was unable to hear himself, particularly during hits like Prayin, the singer regularly lost momentum and timing. It was clearly frustrating considering he is known for his perfectionism: he stopped several times through his new songs, restarting them and further marring their impact on the audience.

Despite these issues, Plan B’s performance was memorable, and further strengthened by the theatrical production. Toy soldiers on parachutes were thrown from the rafters in the coure of a politically motivated new track; and in a Harry Houdin-like stunt during new song Stranger – the public were handed masks on the first and second tier – Drew appeared between attendees in the circle while a body double still stood on stage. From here he belted out fan favourites My Love Goes Down and Kidz. It was by far the highlight of the concert.

At other points during a new reggae-influenced song, giant inflatable beach balls that changed colours when hit bounced around the Globe and regardless of all the sound flaws, Plan B ended on a high with his encore as streams of silver confetti blasted out across the crowd to Ill Manors. He wrapped up the night with Stay Too Long.

For further information and future events visit the Plan B website here.

Plan B at the Shakespeare's Globe