The Marriage of Kim K at Arcola Theatre 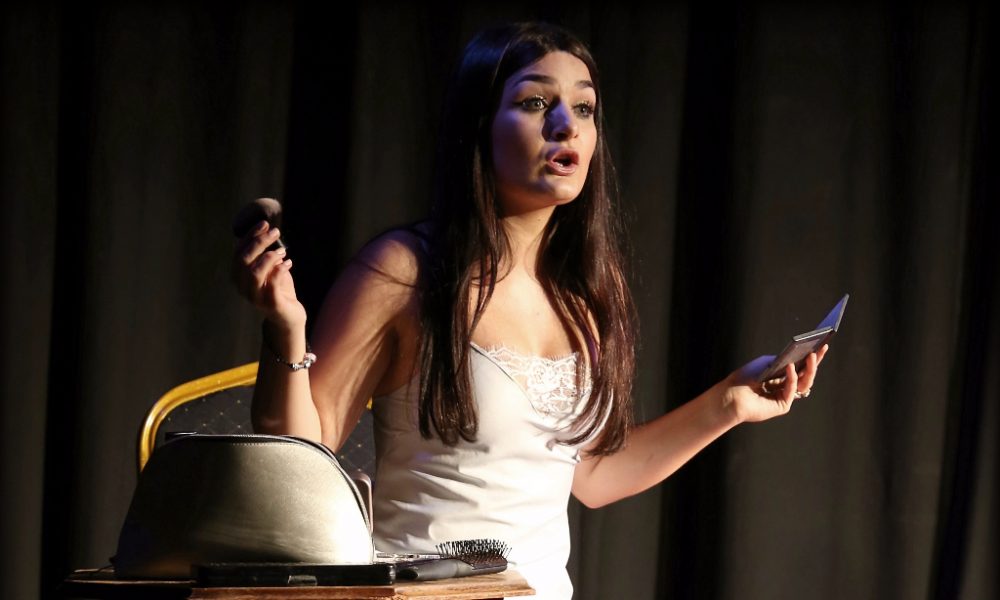 The Marriage of Kim K at Arcola Theatre | Theatre review

An ingenious melding of Mozart and pop culture, The Marriage of Kim K at Arcola Theatre is an innovative and surprising work. Directed by Stephen Hyde of the theatre company Leoe & Hyde, this biting satirical piece blends classic opera with rock opera in a daring synthesis of eras and styles.

Although the title suggests the narrative will revolve around Kim Kardashian’s marriage, in fact the plot centres around the trials and tribulations of three couples, and the Kardashian character is a kitsch counterpoint – a principal figure in the sense that, as a highly popular, much-followed icon, she represents tabloid culture.

A reworking of Mozart’s Marriage of Figaro, the opera brilliantly combines old and new, classic and camp, traditional and experimental. Opening with a domestic scene of a music composer with his lawyer wife – who is addicted to watching Kim Kardashian on TV – as a clever nod to reality television they are played as themselves by Stephen Hyde and Amelia Gabriel (also a couple in real life). Stephen loves Mozart and hates what he perceives as Amelia’s tacky obsession, but she compares Kardashian’s antics to those of the young Mozart. Then enters Kim K (Yasemin Mireille), a preening phone-fixated persona and her new husband Kris Humphries (James Edge), portrayed as a muscle-flexing, sex-obsessed airhead. Completing the trio of couples are period-costumed Count (Nathan Bellis) and Countess (Emilye Burnett) Almaviva who magnificently sing Mozart’s arias.

Situated on a stage balcony, remarkable string quartet Echo Chamber fuses pop, electro, R&B, rap and classical music as the three pairs’ interactions run parallel to one another, changing position as if on a chess board. Voyeurism is a central idea here as Kim K is the focus thereof, but in a world where everyone has their “15 minutes of fame”, tables turn and the ordinary couple becomes the object of realty TV attention.

The acting is terrific and vocals are excellent: Mireille is superb and nails the Americana pop diva attitude; Edge’s performance is notable and hilarious; Bellis and Burnett are top-notch; and Hyde and Gabriel are impressive. Thanks to clearly great direction, the well-coordinated stage choreography creates an artistically cohesive and thoughtful presentation. Musically the piece is an outstanding creative triumph. The writing/songwriting are admirable – very witty, smart and mind-bending. A cutting-edge, entertaining, thought-provoking, exceptional work, The Marriage of Kim K should be seen.

The Marriage of Kim K is at Arcola Theatre from 25th until 29th July 2017. For further information or to book visit here. 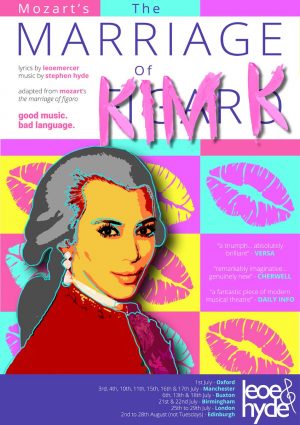 The Marriage of Kim K

Mosquitoes at the National Theatre: One of the most satisfying pieces of writing this year | Theatre review
Mondegreen Trio at Sink Pong Blueberry Bar | Live review