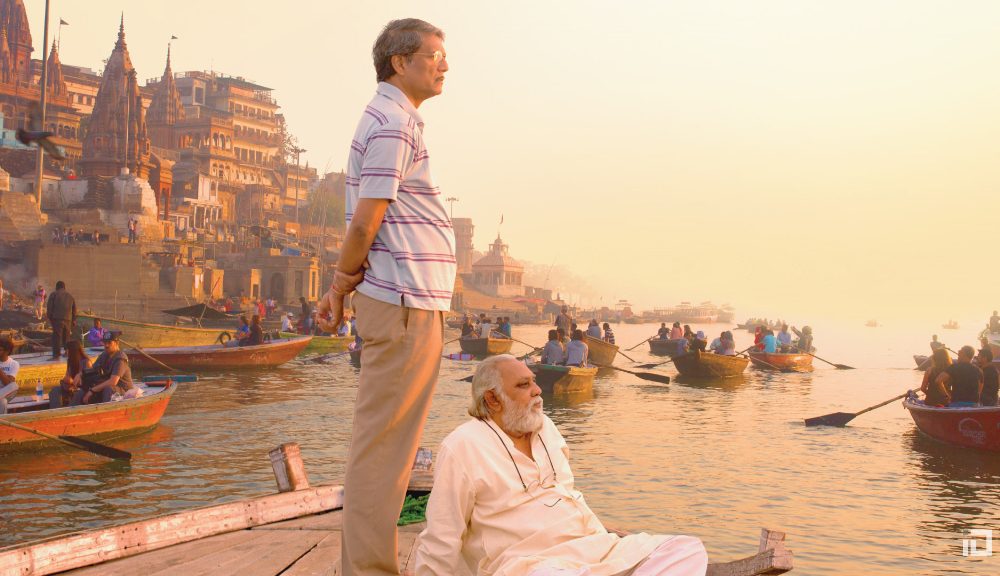 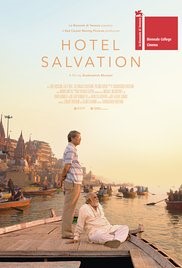 Hotel Salvation, the award-winning film from young and up-and-coming director Shubhashish Bhutiani, tells the story of an elderly Indian man, Daya (Lalit Behl), who forces his work-laden son, Rajiv (Adil Hussein), into accompanying him on his pilgrimage to the sacred city of Varanasi, by way of completing his process of Salvation before passing away. It may seem a sombre plot – and indeed it is – but Hotel Salvation approaches what is a harrowing theme, death, in a lighthearted and humorous way.

The film, whilst deeply rooted in Indian philosophy and culture (we see maha aarti on the riverbanks of the Ganges, burning bodies on the ghats, as well as the numerous and vibrant sarees whose colours seem to be the perfect match for the golden hues of the hotel itself), surpasses any national borders with its fundamental themes of family, the notable differences between generations – which will allow for a greater audience – and death. A fear we all share, the subject is one that this film masterfully embraces, as opposed to shying away from the fact of life. Bhutiani’s style of filmmaking – a focus on a slow, somnambulant rhythm and choice to turn away from drama and rather emphasise the simple yet beautiful intricacies of Varanasi’s streets – allows for the city to be captured in all its – both serious and intentionally comical – holiness. (The BFI’s decision to include the oldest-lasting original footage of Varanasi from 1899, which will introduce the film, makes the city all the more timeless.)

Where Hotel Salvation does lose (only slightly) the quality maintained throughout, is on the musical score. Not so much the music itself, but when it is used. It almost feels too emotionally driven, cueing in moments of either bathos or pathos with a sense of assertiveness that is completely at odds with the deadpan approach to the rest of the film.

Having said this, the movie is a must-watch, and tackling death but never once falling into morbid territory is a great feat to achieve, whilst at the same time maintaining the characters’ dignity throughout. We highly recommend that viewers pick Hotel Salvation as their cinematic destination this summer.

Hotel Salvation is released in selected cinemas on 25th August 2017.