Ink at the Duke of York’s Theatre 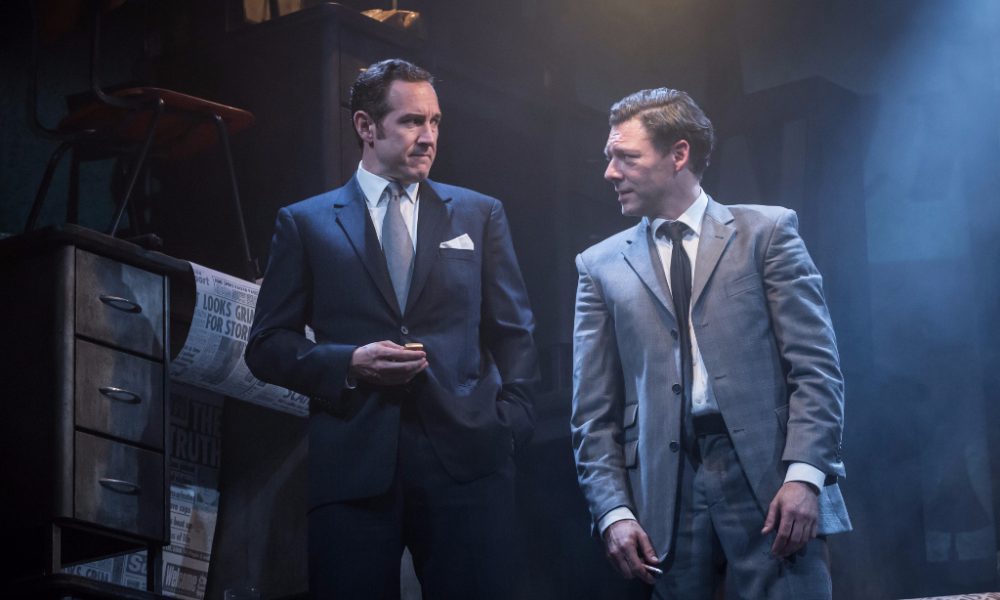 Ink at the Duke of York’s Theatre | Theatre review 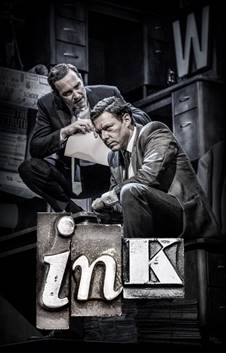 Renowned playwright James Graham’s new play details an unapologetic insight into the British journalism industry – Fleet Street – during the late 1960s, focusing on the rise of synergetic power-giant Rupert Murdoch (Bertie Carvel) and his purchasing of The Sun newspaper in 1969.

Graham has already made a name for himself as a playwright who deals with history; his play This House focuses on the Labour government’s struggle between 1974 and 1979. Ink is no exception to his reliving of a vibrant – and often extremely rough and “Britishly” crude – slice of 1960s Britain. As well as capturing the industrialised, groggy setting of a 1960s print factory in all its glory (joint with quintessential English character tropes from all walks of life), Graham presents the more internal struggle of Murdoch himself, a battle between his desire to – rather eerily – “disrupt Fleet Street” and all its orthodox traditions, and his own personal (imperialist) desire to dominate the British tabloid industry, taking the Daily Mirror with him.

The play is divided into two parts, the first being much more lighthearted and focusing on the creation of a new tabloid newspaper from a grassroots level. One particular scene involves the newly recruited journalist team brainstorming ideas on personal tastes; seeing as The Sun is supposedly for the everyman and woman, editor Larry Lamb (Richard Coyle) asks his new team for their own private pastimes. Here, we get a real gritty glimpse into the “stories” that British people seem to desire: spectacle, fame and, of course, “free stuff”.

In the second act, although keeping its lighthearted approach, the piece delves deeper into the perhaps unwanted consequences of a full-blown journalistic war, and the extents to which The Sun, in its setting days, went to to become the highest-selling tabloid in Britain. Ink shows this journalistic carnival right in its moment in historical time, whilst also capturing the palpable contemporariness of the meaning behind the play’s final words: “people love stories”.

Ink is at the Duke of York’s Theatre from 9th September 2017 until 6th January 2018. Book your tickets here.