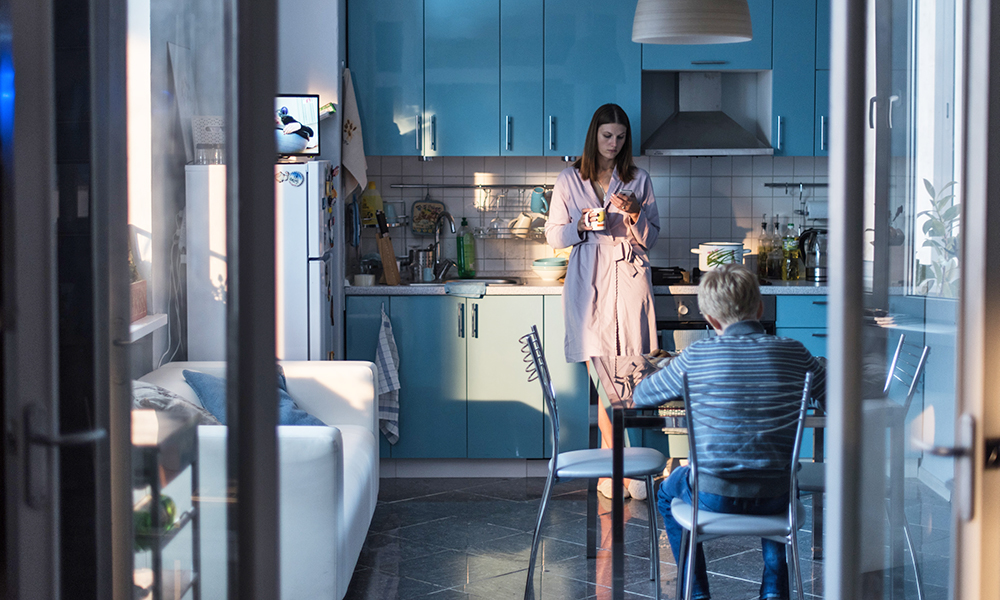 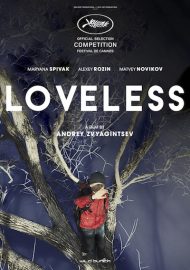 If there were a phrase to sum up what makes Andrey Zvyagintsev so great, it would be “epic intimacy”. Having risen to prominence with Leviathan, Zvyagintsev is back with a film that’s equally unflinching and razor-sharp in its focus, out to take apart the moral bankruptcy of the Russian state from within. Yet with Loveless, it is the intimate that bleeds through and forms the backbone of this soul-crushing morality tale, which is as much about the innate truths of love as it is about how wider societal pressures shape them – to devastating effect.

The story centres on Alyosha (Matvey Novikov), a 12-year-old Russian boy whose parents, Boris (Alexey Rozin) and Zhenya (Maryana Spivak), are getting divorced. In a twist on the classic custody-battle drama, neither parent wants the child, as both have moved on to new partners and new lives; the child is, if anything, a reminder of their past mistakes. So it is with gut-wrenching inevitability that Alyosha runs away from home, into the cold, unforgiving wasteland of Russia.

While Loveless is primarily a character drama, there is something inherently gripping about the search for Alyosha – like any great mystery, it dredges up the dirtiest of dramatic details. The early scenes between Boris and his pregnant girlfriend, and Zhenya and her wealthy lover, are some of the most gorgeous (and sexy) evocations of romance this side of Wong Kar-wai. (Cinematographer Mikhail Krichman makes stunning use of naked bodies, not to mention glass and falling snow.) But their relationships are shaded by their neglect of their child, and call into question not just matters of empathy, but to what extent love is a selfish impulse; and how, given the right circumstances, it can be persuaded to erode in unspeakably ugly ways.

It’s possible that Zvyagintsev has out-Haneke’d Michael Haneke. Middle-class complacency is squarely within the Russian director’s sights, from the incessant taking of affectless selfies, to the strict Christian regularity of the workplace, to the lack of compassion towards Ukrainian refugees. Though Loveless is, somehow, sadder than Haneke; perhaps because we are persuaded to sympathise with characters who use an innocent child as an emotional punching bag, and perhaps because we know, deep down, that their search for their child – and for themselves – will never end well.