Mother Courage and Her Children at Southwark Playhouse 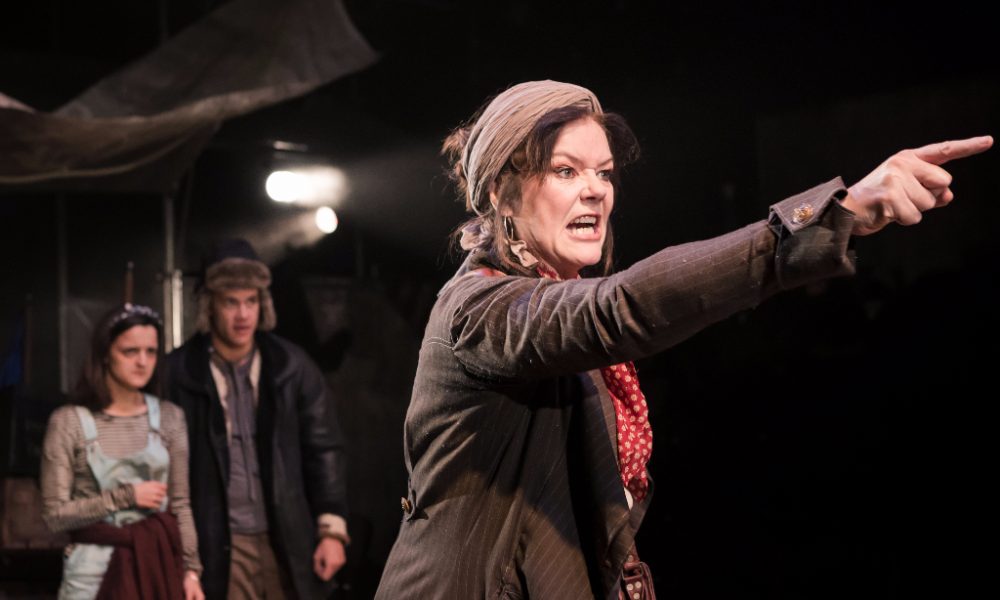 Mother Courage and Her Children at Southwark Playhouse | Theatre review 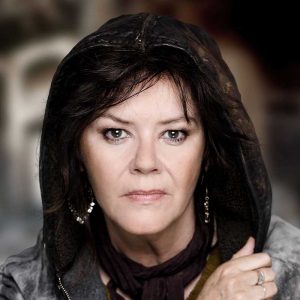 Mother Courage and Her Children

In this latest, 12-man production of Bertolt Brecht’s most famous play, Josie Lawrence stars as the eponymous mother who strives to make the most out of the war financially and to keep her three children safe at the same time.

The force of Lawrence’s presence (not to mention her stamina over three hours almost entirely on stage) is the driving force of the show. Tony Kushner’s loyal translation and composer Duke Special’s melodious songbook shine, but Hannah Chissick’s occasionally less than inspiring direction and some inconsistent performances result in a patchy outcome.

Brecht’s plays sought to lead audiences to re-examine that which it thought it knew, championing objectivity and fresh perspective. For that reason there’s particular focus on the narrative and less on emotional delving. It’s important that the story and characters must be engrossing enough to keep attention, not least throughout a three-hour production. Aside from Josie Lawrence’s fiery charisma, helped along by Laura Checkley’s cackling prostitute Yvette, Phoebe Vigor’s harrowed Kattrin and David Shelley’s earnest chaplain, there’s little else making those hours go by any faster. The songs’ live delivery doesn’t always achieve the barn-stomping impact it should and some of the tensest scenes tend toward an overreliance on shouting to put across drama.

On the other hand, there are some moments of tenderness, which, in their sparsity, carry weight. Mother Courage calms her daughter Kattrin by taking her hand and stroking it against her cheek. The iconic “silent scream” (in which Courage lets out her anguish while trying not to alert enemy soldiers) is heart-breaking.

What’s clear in this production is the ridiculousness and futility of war, but also its opportunity, and the way in which humans adapt and, if they’re lucky, survive. It’s peppered with 1984-esque soundbites such as, “War makes order”. Other lines, such as, “You only need brave soldiers when the general is a moron”, highlight the text’s enduring prescience.

The traverse staging (with audiences along two opposite sides) seems a fitting touch at first, lending the epic effect of panoramic film. But a fair bit of action happening against the far wall means that one side of seats have to twist 180 degrees to see what’s going on.

There’s lots to admire in this ambitious show and, despite its imperfections, it’s worth seeing for Lawrence’s warmly engaging turn.

Mother Courage and Her Children