Big Fish the Musical at the Other Palace 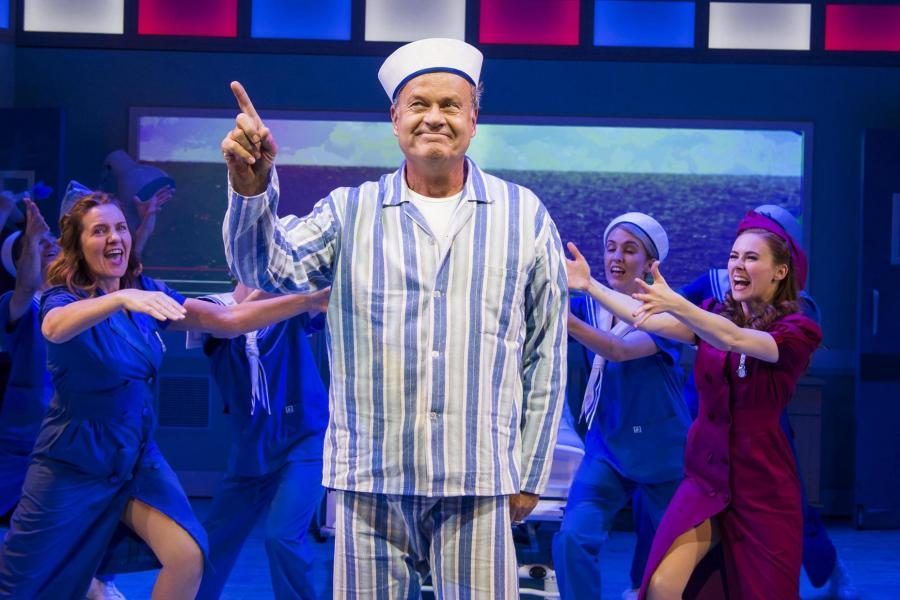 Big Fish the Musical at the Other Palace | Theatre review 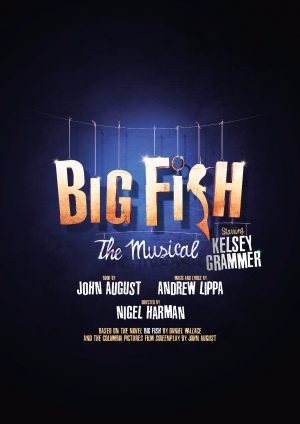 Adapted from the novel by Daniel Wallace and the Tim Burton film, Big Fish the Musical has it all; from romance to tragedy to comedy – all of which work together in some magical way to send the audience into a cumulative flood of tears.

Perhaps the culprit is Kelsey Grammer, best known for his role as Frasier Crane on American sitcoms Cheers and Frasier. His brilliant portrayal of Edward Bloom, a father and travelling salesman, in the production is heart-warming yet illusive. Perhaps it’s his affectionate Southern drawl or the way in which he transforms into a type of father, so well-known to many, that makes the audience feel as if they are part of the onstage family.

Edward Bloom’s son, Will, is getting married to the love of his life, Josephine. On the day of the wedding, Edward, during a fight with Will, has a stroke, which the younger Bloom later learns was caused by a larger illness. Will and Josephine recount every tall tale Edward told, one of which includes a witch who showed him how he was going to die, and another involving a giant named Carl. Will realises, amongst these fantasies his father spun for him, that he does not truly know Edward Bloom, and wonders whether the stories were a ploy to cover up something. The stories start in Edward’s hometown of Alabama when he was a youth, played by Jamie Muscato, and tell of how he came to meet his beloved wife, Sandra (Clare Burt). The accomplished Forbes Masson is Amos: part circus master, part werewolf. He interacts with the audience, eliciting howls of laughter throughout.

At the basis of the production is a son searching for his father’s real identity before he dies, with most of the scenes taking place in the hospital room. The music and lyrics, written and composed by Andrew Lippa, are catchy, the most memorable being Fight the Dragons where Edward leaps about the stage with Will as a child, singing that he may be away for long periods of time, but will always return and tell his tales to his son.

Big Fish the Musical is a triumph and goes to show that a story can effectively be transferred to and told through different mediums with a skilled eye such as playwright John August’s.

Big Fish the Musical is at the Other Palace from 9th November until 31st December 2017. Book your tickets here.

Watch the trailer for Big Fish the Musical here: