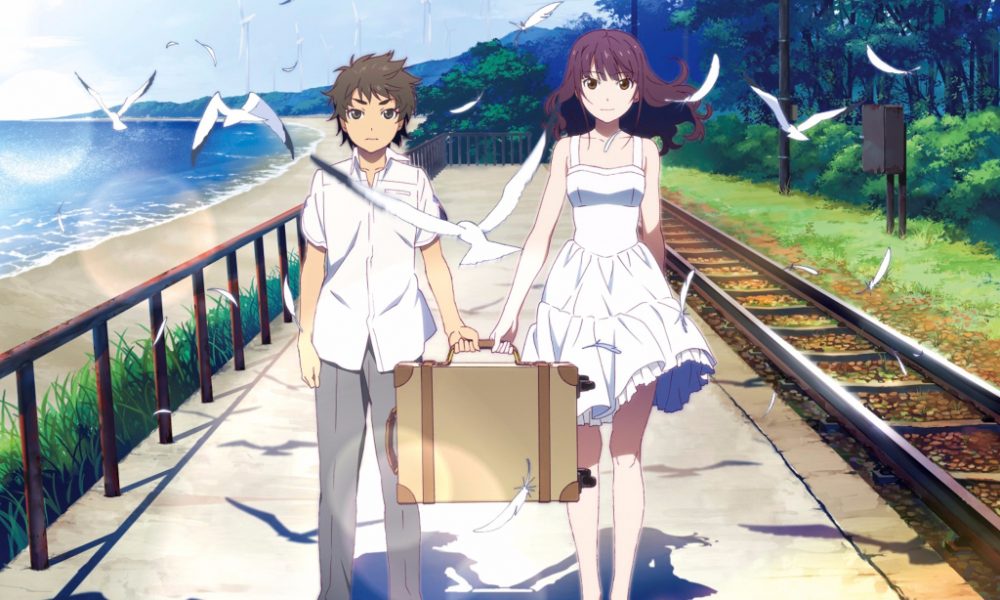 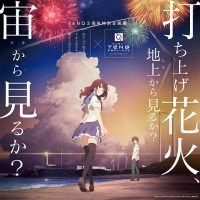 It’s human nature to ponder the what-ifs and could-have-beens. If one turned left instead of right, they could have avoided a car crash etc. This existential minefield is explored in the new Japanese anime movie from Akiyuki Shimbô, Fireworks, Should We See It from the Side or the Bottom?

A group of schoolboys are obsessed about whether fireworks, as they explode, are flat or round. They go on an odyssey to a lighthouse, conveniently placed next to a firework display, to figure it out for themselves. But the story is more about Norimichi (Masaki Suda), who is infatuated with Nazuna (Suzu Hirose), a mysterious girl in his class. She possesses a strange sphere that allows one to change the past, and therefore the present – foreseeing all possibilities. Norimichi uses this to his advantage, to ensure his romance with Nazuna.

The basic concept of Fireworks is appealing. It has a Groundhog Day quality to its story as Norimichi adjusts his past actions to create a preferable reality. Who hasn’t wished to do the same? But it’s frustrating to follow. Anime, as a genre, requires a strong suspension of disbelief, often resulting in beautiful displays of magical realism – but Fireworks takes it too far. Too many things are thrown into the mix (sci-fi fantasy, runaway romance, teenage comedy…) and it’s hard to care about the characters. The novelty of the time-changing sphere wears off rather quickly (growing nearly as irritating as the fatuous arguments regarding the flatness or roundness of fireworks) and becomes tediously repetitive.

A more sickening aspect of the film, which is an unfortunate convention in anime, is the over-sexualisation of women – particularly Nazuna, who’s character is underage. She wears mostly short skirts and Shimbô loves catching her from a low angle, like a predator. Most of the other female characters are looked at through similarly misogynistic eyes.

Fireworks is well-intentioned and the jarring 2D-3D images have their poetic moments, but the movie drowns in its own oversaturated nonsense. There is a sadistic indulgence to it, putting the audience through the same mundane event over and over again. The viewer wonders what could’ve happened if they hadn’t gone to see the film. They would have been happy.

Fireworks is released in selected cinemas on 15th November 2017.

Watch the trailer for Fireworks here: