Night at the Bombay Roxy at Dishoom Kensington 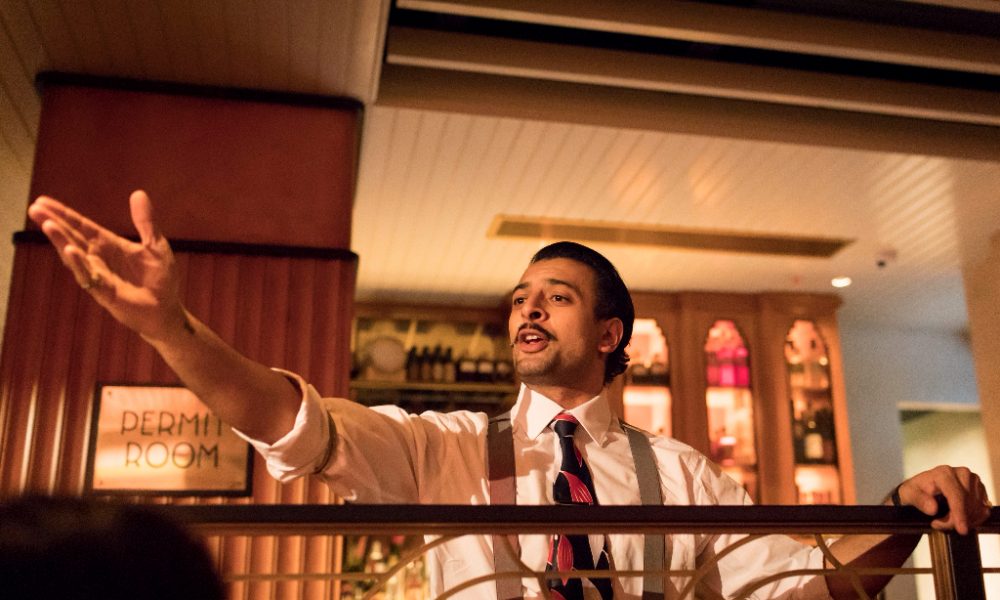 Night at the Bombay Roxy at Dishoom Kensington | Theatre review

One word stands that sums up Night at the Bombay Roxy: synthesis. Food, music, drama and interior décor were expertly drawn together in an almost overwhelming array of immersive experiences that permeated the usual boundaries separating “actors” from “audience”. Set in the 1940s in Bombay, the art deco designs of Dishroom and the incense that filled the air took everyone straight there. Furthermore, many of the guests had dressed accordingly in traditional Indian clothing and with the jazz band, dressed in white dinner jackets adorned with a red coronation, the immersion was complete.

The essential premise of the opening of a restaurant by the charismatic Cyrus on a stormy night provided the context for the excellent meal that was had by all and the dramatic harmonised with the gastronomic. Episodes where the waiters would disappear and the story would take hold alternated with periods where food was served, the jazz that had just been the soundtrack melted into the background and the guests were left to talk amongst themselves and enjoy being out for dinner. Even during these latter periods, however, characters wandered between the tables, interacting with people. For example, Cyrus came round and gave everyone a complementary special “opening night” dish that he said was his mother’s favourite.

The food, in fact, was phenomenal. The menu was traditional South Indian cuisine with small, modern twists. Naan bread was served with rice alongside deep-fried okra chips, and quality was combined with quantity, delivered by very friendly and attentive waiters. The balance of flavours was as perfect as that of the drama and the meal, and the hotter dishes (such as the chili lamb special) were neutralised by the beautiful cucumber yoghurt. Everyone seemed to be thoroughly enjoying themselves, and the surrounding atmosphere was relaxed and good-humoured.

The whole night was infused with the drama from the outset and was very convincing, not only by virtue of the immersion of the audience. The acting, partly improvised, was natural and contained plenty of funny moments. Guests were integrated effortlessly into the narrative, and were split up before dinner by the story, brought back together, singled out and generally heavily involved. All the while, however, their treatment was impeccable and, overall, Night at the Bombay Roxy is an experience that is certainly not to be missed and indisputably worth the money.

Night at the Bombay Roxy is at Dishoom Kensington from 27th November until 14th December 2017. For further information or to book visit the Dishroom website here. 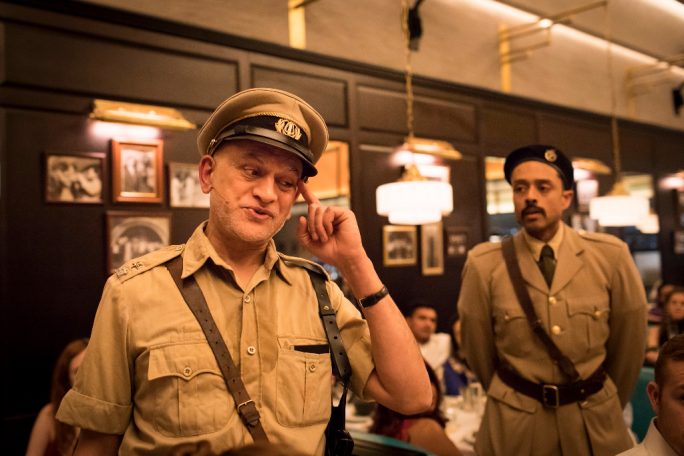 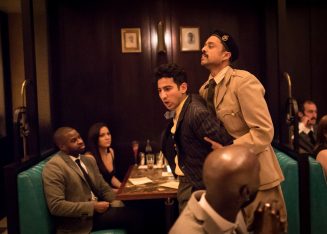 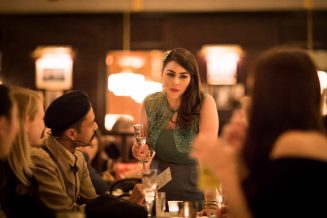 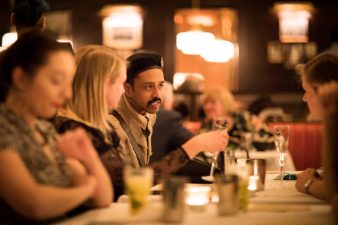 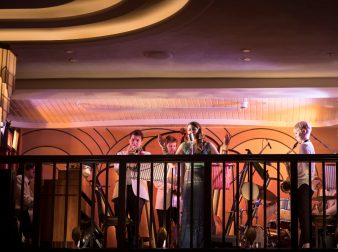 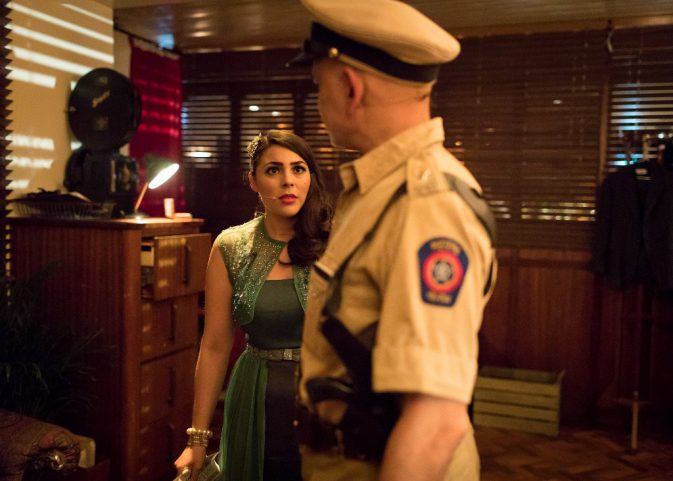 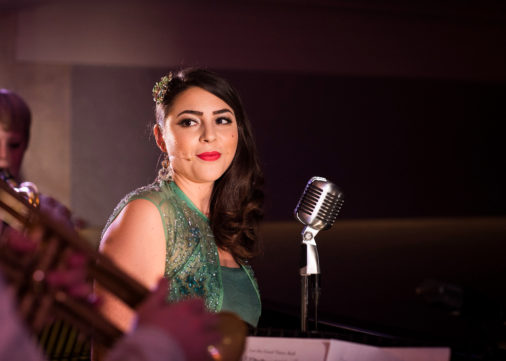 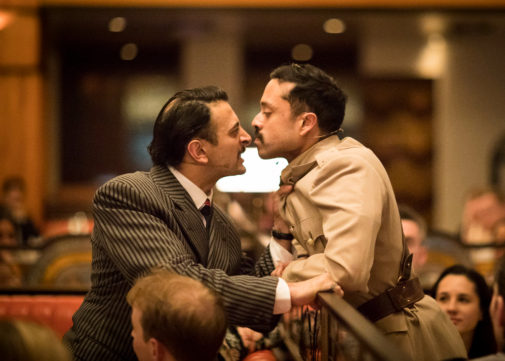 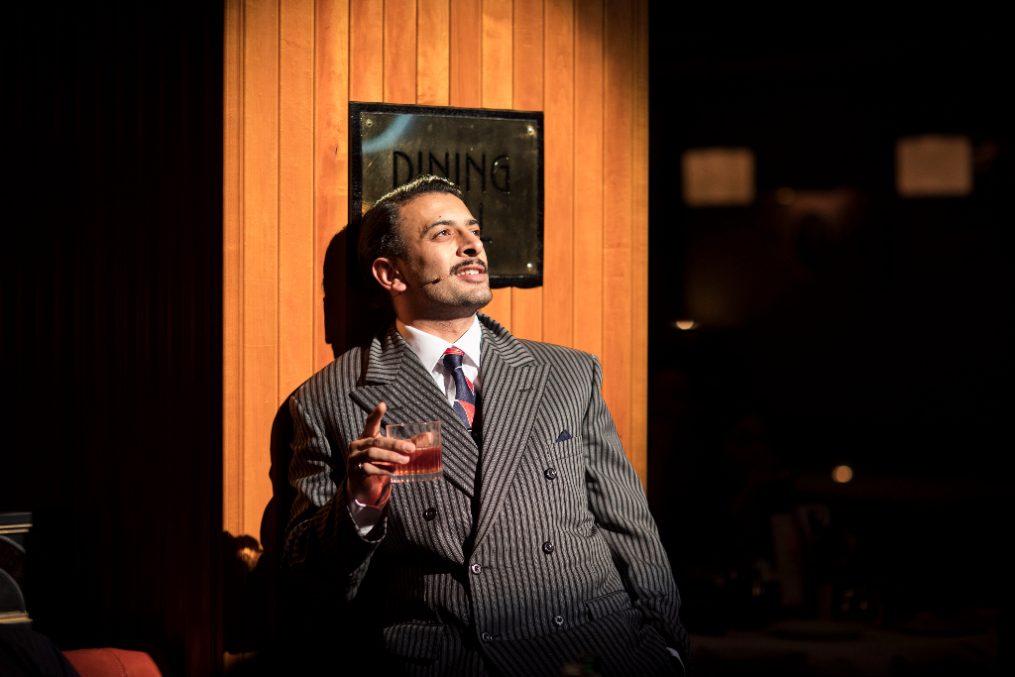 Watch the trailer for Night at the Bombay Roxy here:

Night at the Bombay Roxy