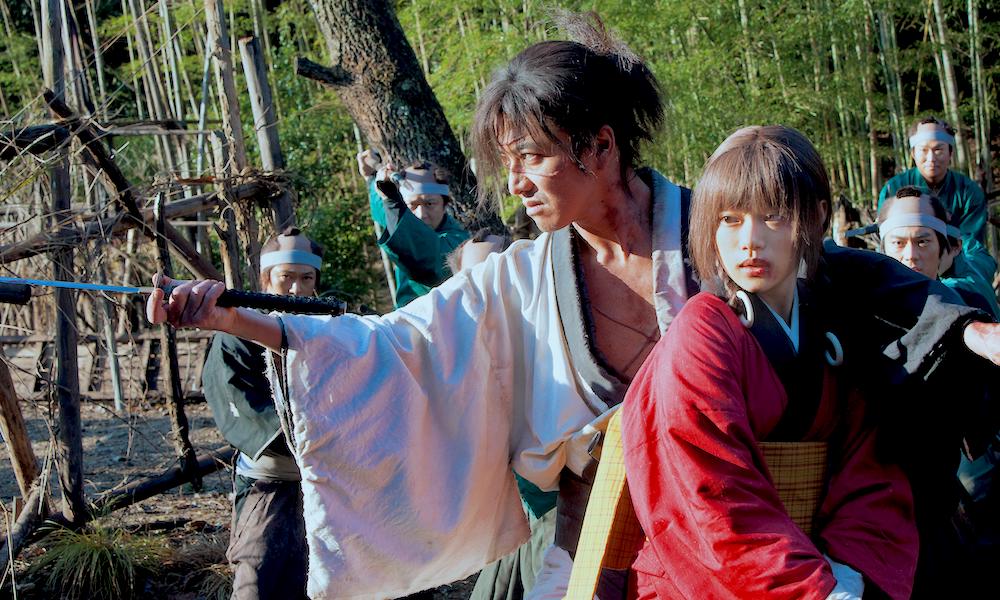 Blade of the Immortal | Movie review 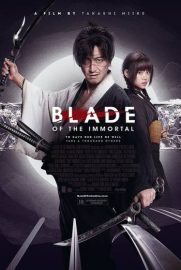 Blade of the Immortal opens in monochrome: enraged at the murder of his sister, the fearsome warrior Manji slays a hundred men in one go, only to be fatally wounded himself. But just as he is welcoming death, a mysterious spirit-woman implants magical “blood worms” in his body that make him immortal. Manji screams in anguish as the worms spread through his veins and the screen seeps with colour. He has been given everlasting life, and the film is provided with the palette it requires for the immense amount of blood-splattering that ensues. Manji spends the remainder of the movie helping the young Rin avenge her father’s death and killing another gazillion men in the process.

Director Takashi Miike makes films with the same astonishing efficiency that Manji disembowels his enemies – Blade of the Immortal is his 100th. The result is entertaining enough. The fight scenes are expertly assembled (he’s had enough practice): Miike splices lengthier medium and long shots with quick close-ups, refreshing when compared to the cut-a-second formula of modern Hollywood where no one has a clue what happens but someone ends up dead; and Manji’s capacity to heal his severed limbs provides the director with some creative freedom.

But at two hours 20 minutes, the movie is overlong and the brutality becomes tedious. Takuya Kimura brings a gritty charm to Manji and Sota Fukushi provides an intriguing villain. But Miike allows frustratingly little time for character development, insisting on a fight every two-to-three minutes and, at times, the picture is clumsily put together, without regard for narrative. The script is occasionally laugh-out-loud funny, and, with its marriage of one-liners and over-the-top action, at its best has a whiff of Scott Pilgrim about it (also from a Manga source) – but ultimately Blade of the Immortal lacks the depth of character and comedic value of Edgar Wright’s film. The primary joy to be had is in Miike’s confident, inventive, and ridiculous bloodshed, but about two hours and 400 samurai corpses in, the fun starts to wear off, especially when the main character can’t die.

Blade of the Immortal is released nationwide on 8th December 2017.

Watch the trailer for Blade of the Immortal here: