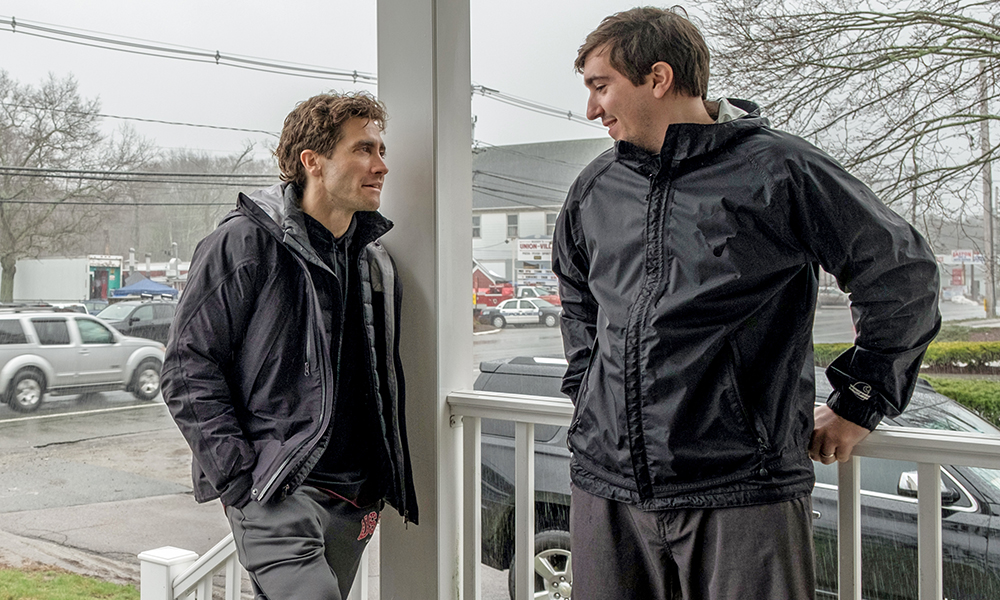 Stronger explores the true story of Jeff Bauman – a deli-counter assistant who lost both his legs during the 2013 Boston Bombings. The film chronicles the history of his recovery as well as his reticence about being labelled a “hero”. Jeff struggles with the fame and subsequently becomes a symbol for the Boston Strong.

We spoke with Jeff ahead of the film’s UK release – discussing his reaction to the movie, his humour, and the journey of bringing his story to the big screen.

Did you enjoy the film?

Yeah, very much so. It was really well done.

Did you think it was an accurate representation of what you experienced?

A great feature of the film is its humour, and it’s certainly the most surprising aspect. Was the comedy close to the reality of what happened?

Yeah, I’m joking around. It’s a beautiful part of the movie. A lot of people going in don’t realise that it’s gonna be funny. A lot of people are watching the movie, and they’ll see a joke and they don’t know whether to laugh at it (laughs). But I watched 2,000 people in Toronto and there’s people dying laughing.

What did you think of the choice of Jake Gyllenhaal to play you?

He’s amazing. I grew up watching his movies. Every single one of his movies has something special – besides Prince of Persia (laughs). All his movies are really cool. And he was really attached to this film. I’ve never seen him work for two-and-a-half years on one film. I don’t think he’s ever done that. I think that’s really special and really says something. We’re close friends and we talk every day. He’s such a special person in my life now.

So you see that friendship continuing beyond the film?

There’s clearly a deep pursuit of realism in the film. Was it strange seeing Dr Kalish and the Martino brothers – people essential to your recovery – play themselves in the movie?

Yeah, Dr Kalish has his voiceover – he’s one of my close friends too. I see him a lot. My nurses were [in the film] too, during the hospital scenes, and my physical therapists. It’s real. Not everybody’s going to notice that, not everyone’s gonna really care, but that’s the best part. David Gordon Green [director] uses these people and they seem like actors, and they’re not. That’s amazing, I love it. It’s one of the reasons why I’m so proud of [the movie].

Did it take you back?

Yeah. The hospital scenes were gut-wrenching. It’s really powerful stuff. I remember the first time I watched the bandage scene, where they’re changing the bandage… I just felt the tears rolling down my face. That’s how it was. Dave and Jake talked with Tatiana [Maslany, actor] about how they shot that scene and I realised how special this movie was.

The film was based on your memoir, but to what extent were you involved in the production process?

A lot. I went out to LA, pitched to nine studios in three days with John Pollono [screenwriter]. We got our outline, we talked with Scott Silver and Todd Lieberman [producers]. And that was just the beginning, before I had Jake or David. We went to every studio, telling our story, and we had them laughing and crying. Every studio wanted a piece of it. As John Pollono says, it’s not gonna be Transformers but someone’s gonna get the DVD three to four years from now and it’s gonna change their life. John says that to me, and I tear up. That’s why we did this movie. That’s why we all did it. Everyone’s attached to it. Everybody.

So there was never a point when you were hesitant for a film adaptation?

I dunno. You always have thoughts like, “Hell, what are they gonna do with this? They’re gonna make me, I guess. Hugh Jackman stars”. But it’s kinda perfect. It’s not too big, it’s not big at all. The people who go see it are really moved and they don’t want anything from me, they’re not coming at me. It’s pretty cool. And if it can help somebody, that’s all I really care about. Someone sees it and they can relate to it and they laugh, they cry, and they can connect with the movie. I think everybody did their job at that point.

Watch the trailer for Stronger here: