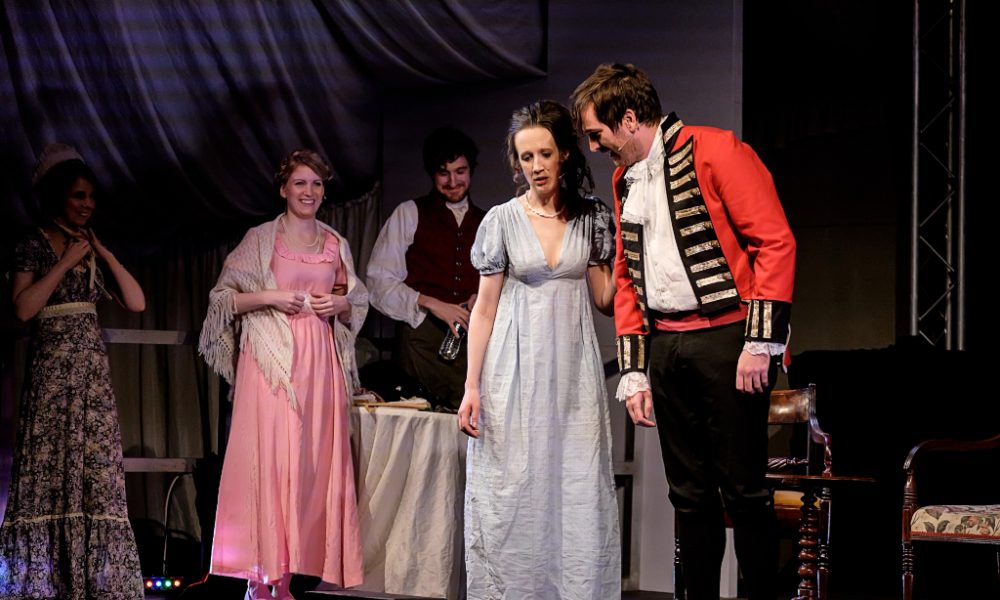 It seems that Jane Austen never goes out of fashion. Just when original ideas for adapting her work appear to be exhausted, a new project throws her into the limelight again. Five years ago a group of actors created a show that has gradually evolved until it has now made its way to the West End. A chance to be fully immersed in Austen’s world, this is a theatre production with a comic twist that is likely to keep it going for a long time.

Inspired by the Georgian author’s time and style, Austentatious is an improvised story that takes shape on the night, reserving random and hilarious turns at every corner. Its starting point is a title made up by the audience, and the plot evolves ad hoc to match the theme. Previous title suggestions include: Strictly Come Darcy, The Unbearable Lightness of Bingley or Mansfield Shark. The title chosen at random for the December West End show was We Need to Talk About Emma, a tale that sees the impossibly polite Forsyth family shaken up by the arrival of the popular and not-so-humble Emma.

Dressed in Regency costumes with a wallpapered screen in the background to match, the small cast weaves the threads of the story with great confidence, always on the ball when it comes to comic timing and working in total harmony with one another. Maintaining a series of reoccurring motifs selected at random gives the plot some shape. Inevitably, the narrative cannot be said to be strong and at times it seems to be losing all sense, but the talent of the group ensures that the laughter never subsides and there is always an attempt to explain and embed every unexpected new element, even when it seems totally bizarre and foreign to the plot.

Aside from enjoying some hilarious dialogues, knowing that the actors are under the pressure of providing comedy, building a storyline and keeping the drama going, means that the audience are kept on the edge of their seats throughout. The fact that the initial stimulus changes each time creates an inexhaustible well of comic scenarios for the group. No two shows are the same, and this maintains a wonderful freshness in the cast’s attitude. They clearly have as much fun as the spectators as they often share in their surprise.

Uplifting and uproariously funny, Austentatious is a celebration of the real spirit of acting, with the gifted cast giving improvisation an excellent name.

Austentatious is at Piccadilly Theatre on 23rd January and 13th February 2018. For further information or to book visit the show website here. 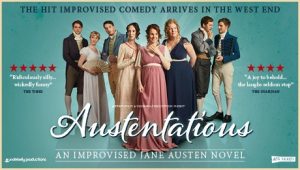