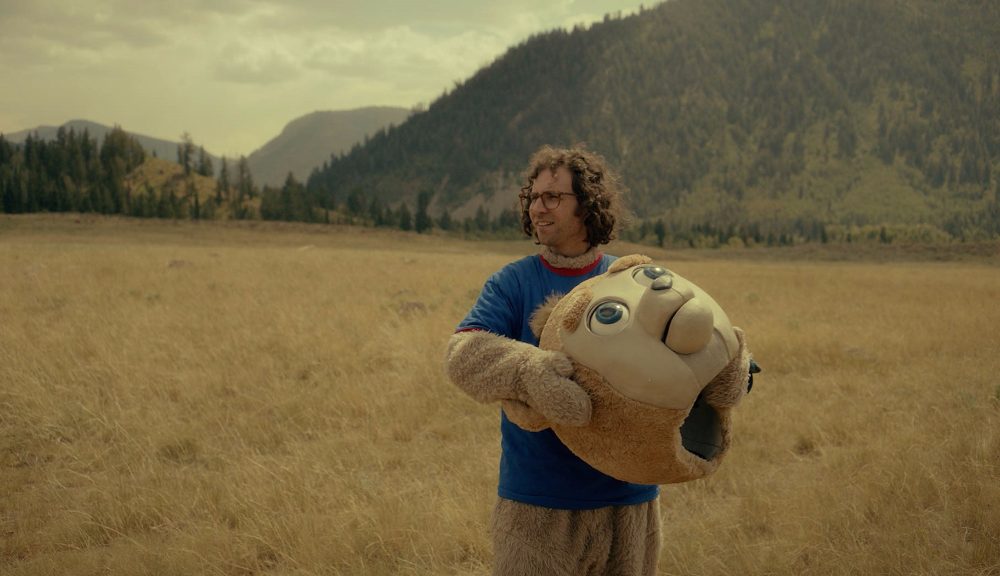 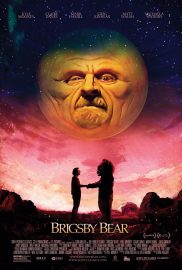 It’s only Kyle Mooney’s luck that another gaggle of SNL regulars release their movie about amateur filmmakers in the same week, with more money and more stars. This December is a cold one and Brigsby Bear will live in the shadow of The Disaster Artist as long as they’re in cinemas together. But this doesn’t relinquish the unique and brilliant differences between the two. Where Disaster Artist reveals surreal truths, Brigsby Bear revels in weird fiction.

Written by Mooney and Kevin Costello and directed by Dave McCary, Brigsby Bear follows James Pope (Mooney) – calmly held underground as a captive for 25 years. His only contact with the outside world is with a psychedelic children’s TV show called Brigsby Bear. When he is rescued by the FBI, puzzled by the new world around him, he is determined to finish the television series with a movie of his own.

There’s a surreal charm to this film, in spite of the dark premise (comparable to last year’s Room). The psychological consequences of James’s imprisonment, which he doesn’t consider imprisonment, aren’t pursued with tragedy or even reality but within a darkly comic fantasy (much like Brigsby Bear itself). This is largely explored through James’s obsession with the TV show, which is inevitably suppressed by his real parents and his appointed psychiatrist Emily (Claire Danes) to ground him into the real world. But it’s the young man’s creativity, not his obsession or his past, that drives the movie.

The film often resolves its problems too easily, dangling James’s potential conflicts and never gratifying them. He is put through some hardship, but Dave McCary is too quick to move onto the next scene – never testing the protagonist’s emotional strength. This is especially the case in his relationship with his real family, which pursues some difficulties but never to any extremes.

But Brigsby Bear is a delightfully bizarre tale of alienation and creativity. Although the jokes don’t come in the rapid rate of The Disaster Artist, there’s a persistent intrigue with James’s character and his perception to the world, all tied to Brigsby Bear. And let’s face facts: he’s not too different from a Trekkie or a Lord of the Rings nut, but he has a greater imagination.

Cell Mates at Hampstead Theatre | Theatre review
Mountain: An exclusive clip from one of 2017’s most breathtaking films