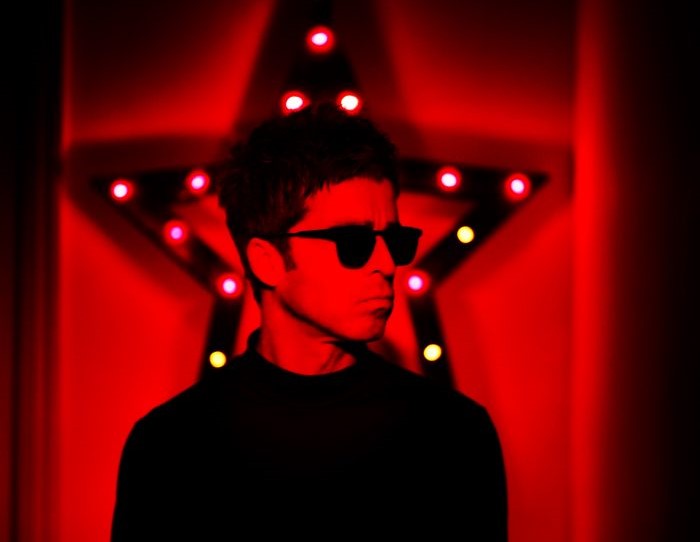 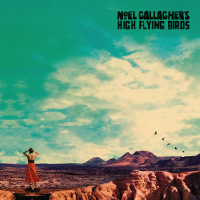 Who Built the Moon

It's a Beautiful World, Keep on Reaching

Noel Gallagher – along with his brother Liam – has never been one for pushing boundaries. He picked his sound and perfected it, and it’s part of the reason for his continued success. For those wanting drunken acoustic sing-alongs or foot-stomping Brit rock, they know who to call on. But if they’re after horn-tooting glam-rock, trippy psychedelia or shimmering synth breakdowns, they would have to look elsewhere. Well, not any more.

Who Built the Moon? opens in style, with the massive beat, sweeping strings and gang vocals of Fort Knox feeling more like walk-on music in a wrestling match than an album track. It’s a good indicator for what’s to come too: it’s big, it’s atmospheric and it’s unexpected Gallagher fare. Holy Mountain takes this even further, presenting the listener with a no-holds-barred, unashamed glam-rock tune, complete with shuffling beat and tooting horns. It’s certainly a lot more fun than the singer’s usual output, and proof that he is broadening his horizons and accepting more influences – but, much like the majority of the record, there is nothing particularly special about it. Sure, Who Built the Moon? is far more of a sonic exploration than any of Gallagher’s previous solo or group works, and the songs do sound impressively authentic – but that is part of their downfall. The washy synths and crisp breakbeat of Keep on Reaching make it feel like a lost Chemical Brothers track, and the bluesy swagger of Be Careful What You Wish For could have been plucked straight out of a Rolling Stones record.

But these songs don’t sound like hit singles from other bands, they seem like forgotten album tracks – the kind of tunes that would have been skipped even in their circa-97 heyday. The entirety of Who Built the Moon? plays like the soundtrack to a nostalgic road movie. Enjoyable, but ultimately forgettable.

That’s not to say this release is without merit, though. The cinematic production of David Homes builds a unified and distinctive sound across the album, and Gallagher’s vocals are stronger than ever. The songs are designed for the dance floor – even if it is located in a now-demolished Manchester working men’s club – and some tracks, like It’s a Beautiful World, have a real beauty to them. It’s just a pity that Noel Gallagher had to offset his first real experimental effort with the uninspiring lyrics and safe structures that hold him back.

Who Built the Moon? is released on 24th November 2017. For further information or to order the album visit the Noel Gallagher website here.

Who Built the Moon

It's a Beautiful World, Keep on Reaching