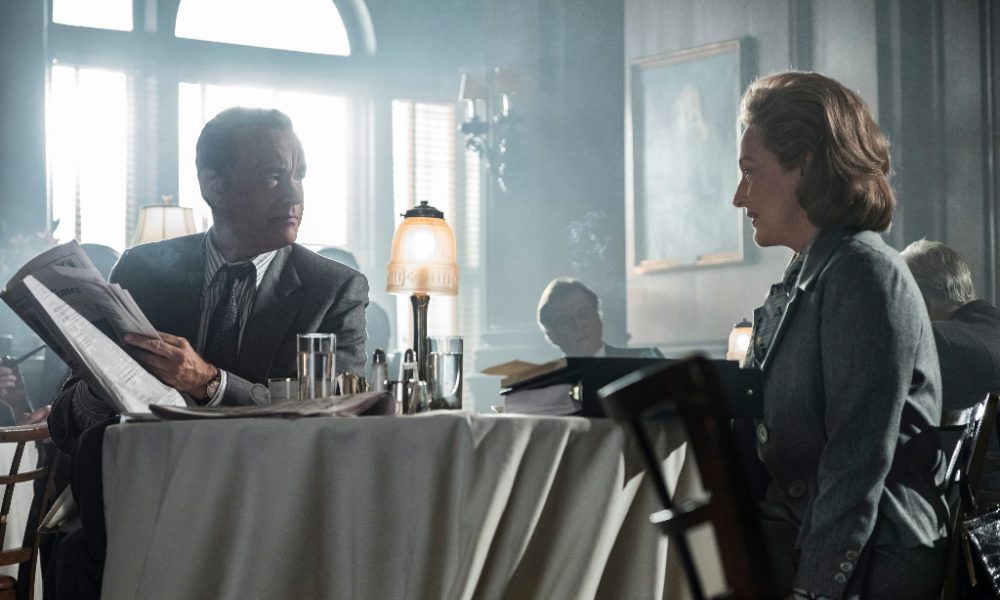 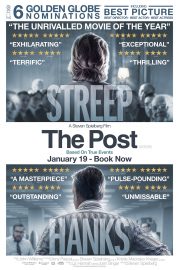 Katherine Graham (Meryl Streep) has been appointed the new head of the Washington Post, the first-ever female publisher, surrounded at the top by sexist men – suffering conferences filled with prejudice and he-peating. Ben Bradlee (Tom Hanks) is the Editor, working closely with Katherine. Their ears prick at the news from The New York Times about a 7,000-page document (the infamous Pentagon Papers) containing the real, distressing details about the Vietnam war and they decide to enquire further. But with the overwhelming force of Nixon’s government, this proves to be a dangerous story to pursue.

Journalism movies tend to be tight and claustrophobic and slow, and all in good ways. But Spielberg can’t help himself. The first scene is a fire-fight in Vietnam, leading into the story of the whistleblowing provider of the Pentagon Papers, Daniel Ellsberg (Matthew Rhys). Although it’s an ample introduction to this key player, it doesn’t set up the sort of horrors described in the Papers. It also doesn’t maintain the seclusion of the newspaper environment. With regular cinematographer Janusz Kaminski, Spielberg creates sweeping, visceral shots around the office but doesn’t capture its claustrophobia or normality in the same way Spotlight did.

The performances from Streep and Hanks are, as expected, phenomenal. Streep provides a vulnerability to Katherine Graham, like something nearly broken but still standing tall. We connect with her feelings of inferiority within this forest of males, particularly those who haven’t quite accepted that she’s the boss.

But where The Post excels the most is in its screenplay, written by Liz Hannah and Josh Singer (who co-wrote Spotlight), with fast-paced and funny dialogue containing an Altmanesque flair of overlap – similar to Tony Kushner’s work on Lincoln. Each character, from Graham to the paper-boy, is given a distinct personality and the audience is excited to spend each and every moment with them.

The Post, despite its fantastical elevation by Spielberg, deserves to be placed among the great journalism movies – almost acting as a companion-piece to All the President’s Men (maybe even a prequel). The ending doesn’t feel drawn out enough for a fitting conclusion to everything that came beforehand, but we still have a thrilling and wordy ride.