All’s Well That Ends Well at the Sam Wanamaker Playhouse 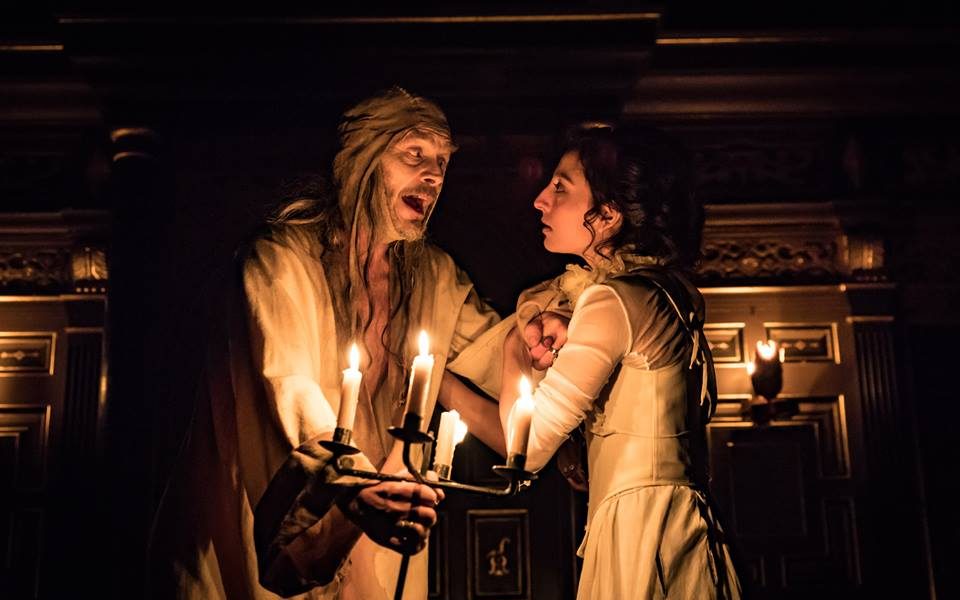 It’s one of the most famous phrases from one of Shakespeare’s least celebrated plays. With such a rollercoaster plot, All’s Well That Ends Well would make EastEnders jealous. Caroline Byrne’s interpretation, part of Emma Rice’s final season as Artistic Director of Shakespeare’s Globe, takes place in the intimate indoor theatre attached to it and paints the scene with mystery, clever staging, and a lot of candles. It’s a slightly flawed production of a flawed play, but nonetheless shows its original source in a much-needed new light.

The plot is hardly straightforward. Set in France, orphaned and poor Helena pines obsessively for Bertram, a Count. Following a healing and dealing with the King, she “wins” him in marriage. However, a snobby, outraged Bertram would rather run away to war than marry a titleless ward. He’ll only return should she somehow bear his child and wear his family ring. Amidst the heartbreak, a challenge is accepted; the story moves to Italy, introducing a group of local women who are up for a game of justice alongside a whole host of other dramas.

Numerous characters crop up but Helena is almost always on stage. Ellora Torchia portrays her with innocence and defiance, but there are moments when soliloquies sound more amused than tortured. However, she carries the complex role and is likeable, especially when compared to her husband (played by an impressively mean Will Merrick). All the actors deliver powerfully during impassioned speeches, of which there are many. One of the standouts is the comedically well-timed Imogen Doel as outwardly bolshy military man Paroles, who gets his own random subplot.

Puzzling storyline excluded, there’s always a lot going on. There are live instruments and songs – some more moving than others. With airborne wired stunts and even a rising bathtub for added effect, there is boundless symbolism and artistic flair. Though one could argue it’s more flare, with candles burning left, right and centre. There’s even a credited Candle Consultant, with the relaying of torches a complex choreography in itself…and just think of the risk assessment.

Running at nearly three hours, the twists and turns can end up more tiring than compelling, but perhaps that’s the perpetual darkness taking effect.

Shakespeare was always a fan of trickery, and the tricks and grand reveal have a jaw-dropping payoff here. Is all well in the end though? The ending is guessable but still shocking, and isn’t exactly comfortable either. One of the play’s triumphs, however, is the shining of light on the inexcusable treatment of women, alongside an empowering pact of sisterhood and modern heroism.

All’s Well That Ends Well is at the Sam Wanamaker Playhouse from 11th January until 3rd March 2018. For further information or to book visit the theatre’s website here.