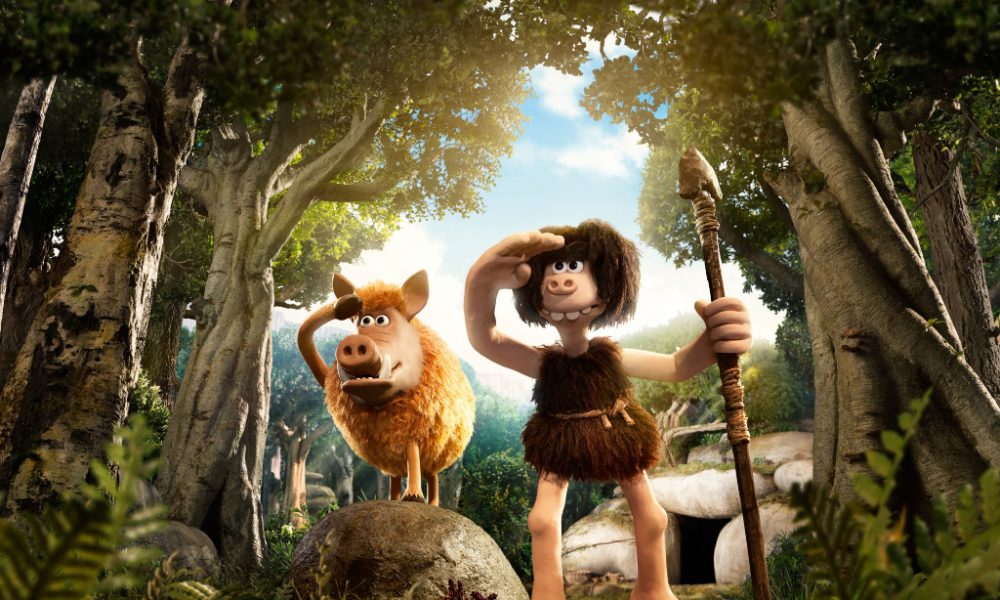 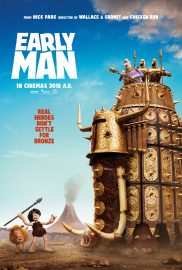 Everyone knows of Wallace and Gromit. Fewer know of Chicken Run, but the many that do insist on its significance to their childhoods (and how much it scared them). Now, in his first feature since 2005’s The Curse of the Were-Rabbit, Aardman director Nick Park has returned to telling stories out of plasticine with Early Man – set in a period of ancient transition between the Stone and Bronze Ages.

Living dumb and without much courage, a Stone Age tribe live within a natural forest called The Valley (surrounded on all sides by a Mordoresque landscape appropriately named the Badlands). The young Dug (Eddie Redmayne) aspires to evolve the tribe to be better, to hunt mammoths instead of rabbits – but the others aren’t interested. When The Valley is invaded and stolen by the French bronze-enthusiast Lord Nooth (Tom Hiddleston), Dug’s only chance to win back their land is in a football match between the cavemen and the Bronze Age-professionals.

In Park’s Trilogy of Plasticine, this is the weakest. The animation, as always, surpasses all expectations and is a spectacle to behold – particularly when considering Aardman’s insistence on CGI that seems old-school compared to something like Paddington. Park directs with great precision, with plenty of hilarious visual jokes, but is let down by an insubstancial screenplay.

The spoken humour is surprisingly pale, taking a quantity-over-quality approach and throwing in as many gags into the dialogue as possible – hoping some will stick and tickle the audience. And some do, but it’s not until the football game towards the end of the film when the humour manages to last without fizzling out. The jokes made about football – players pretending to be hurt for a penalty-kick, commentators trying to be amusing – those moments are all exceedingly funny, and become the most memorable in the movie. But the rest is thin, only saved by the superior visual humour: silly in its content, but clever in its execution.

There are many messages about teamwork and the badness of colonisation – leading some desperate critics to connect the film to Brexit, but Early Man doesn’t try to reach that level of contextual profundity (nor should it). It’s silly, enjoyable and occasionally funny, but the comedy can’t hope to compete with the beauty of the animation. Although substance over style would be preferable, one can happily sit and gaze at the elegance of Aardman’s plasticine.