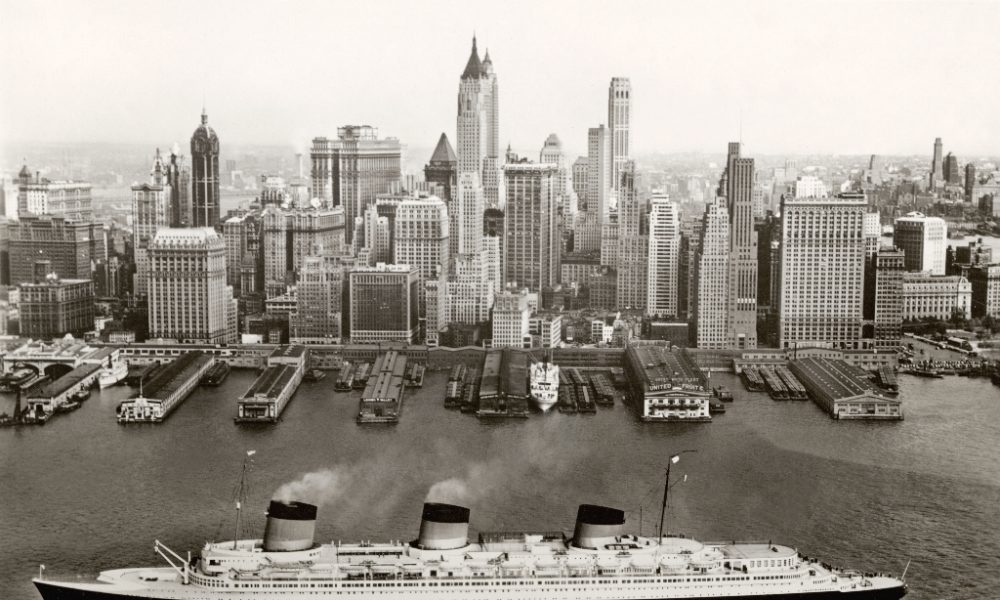 Ocean Liners: Speed and Style at the V&A | Exhibition review

The V&A’s first major exhibition of 2018 takes a fascinating look at the heyday of ocean travel, and its evolution from necessity to leisure. Collecting together a vast array of exhibits, including original artworks, posters, fittings and outfits – many of which have never been shown in Europe before – the installation delves into the experience of taking part in one of the most opulent and romantic forms of transport to have existed.

Highlights include several scale models of liners built in tandem with the original ships, often placed in booking halls to entice potential custom. Some are fully formed, and some have cross-sections and cut-outs to give a glimpse of the inner workings, but all have an incredible attention to detail that gives a sense of the sheer scale and size of these ocean-bound behemoths. This sense of scale is found in the original posters and advertisements on display too. Great hulking hulls loom in the foreground, backed by the towering exhaust pipes and billowing smoke, all promising an exciting future in distant lands.

With its sophisticated air and focus on fashion, the V&A feels like the prefect home for this exhibition, and they have certainly made an effort to accommodate. The screams of seagulls and the gentle rumbling of port activity play throughout, and giant projection screens have been erected to recreate the spirit of the Grande Descente – that moment when members of high society would descend the sweeping staircases to the main lounge, revealing the pinnacle of fashion and beauty. There are nice little touches of closure too, like the earthenware panel designs for the Sutlej, created by William De Morgan and inspired by his interest in Iznik ceramics – objects he had originally encountered in the South Kensington Museum, now the V&A.

It is the surviving fixtures and fittings, however, that make these industrial giants so tangible. The resplendent bronze walls of the Normandie complete with their godlike engravings, or perhaps most spectacularly of all, an overdoor panel than comprises the single largest remnant of the Titanic – shown in Europe for the first time since the disaster. Through these fragments of the liners themselves, the exhibition tells the story of the rise and fall of ocean travel, from those emigrating across countries in the late 1800s, through to the Beaux-Arts height of opulence in the early 1900s all the way up to the post-war Art Deco stylisation before its eventual collapse to air travel.

Ocean Liners: Speed and Style is at the V&A from 3rd February until 17th June 2018. For further information or to book visit the museum’s website here.