Ones To Watch autumn/winter 2018 collection catwalk show for LFW

Fashion Scout showcased three of the brightest and newest designers emerging on to the scene in their The Ones to Watch Award autumn/winter 2018 catwalk. Maddie Williams, i-am-Chen and Susan Fang were selected by a panel of industry experts for the show which is traditionally instrumental in raising the profiles of young designers.

While one half of the outfits were dominated by the forceful nature of the weaving, creased tailoring was placed over the top in mid-length suit jackets that celebrated the power of the female. Woven motifs alongside sheer layering continued throughout, emphasising the silhouettes and textures.

After graduating in 2015 from Central Saint Martins, Susan Fang has been working at major fashion houses while building her own brand. Her dedication to her craft is evident, however, as Fang’s intensely shredded items dominate the catwalk. This collection, entitled AIRWAVE, is focused around the development of a new air-weave technology that allows the fabric to float between the two and three dimensional, creating a wave.

Fang crafted a mirage of movement in her fabric, with elements trapped between the plastic layers, leaving the viewer questioning what they’d seen. Masses of plastic have been shredded, establishing a fringing across the items which cover the whole body. Eco-fashion is in the spotlight and Fang has given birth to an innovative method of sustainability.

Zhi Chen is the Hong Kong based knitwear designer whose collection evokes an eternal sense of childish playfulness from both the wearer and their audience. Bright orange, blue, red and grey coloured knits features abstract, Picasso-esque illustrations of flowers throughout mimicking a child’s first paintings.

Traditional knitwear silhouettes were revamped to give a contemporary feel, with hemlines being dropped for a more longline approach. Contrasting coloured belts, button holes and scarves were used throughout as the focus point of the blockade knitwear. Bold lines, squares and the occasional curve have been woven in contradictory colours, adding to the playground feel. 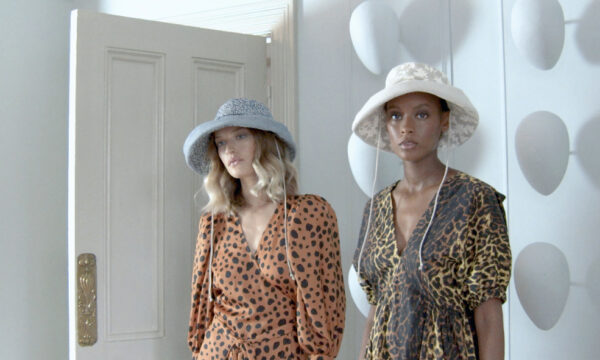 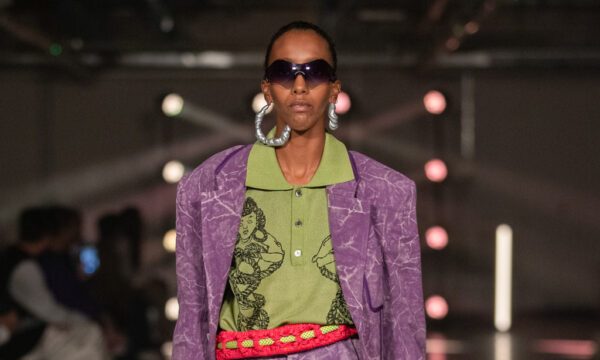 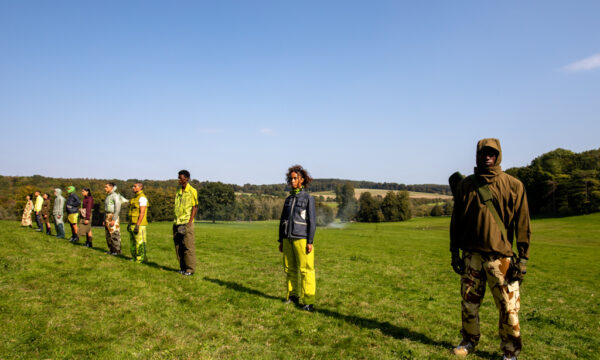 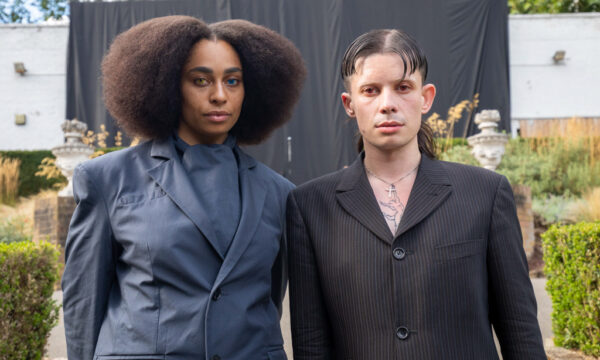 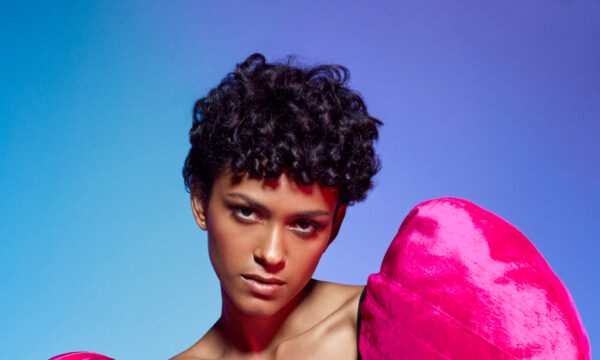 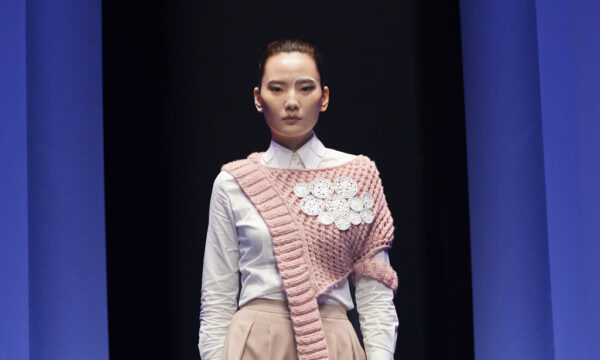 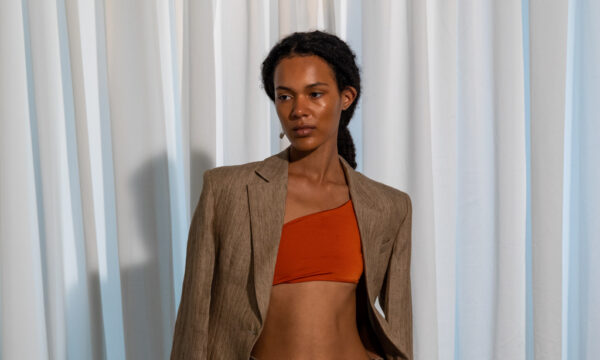 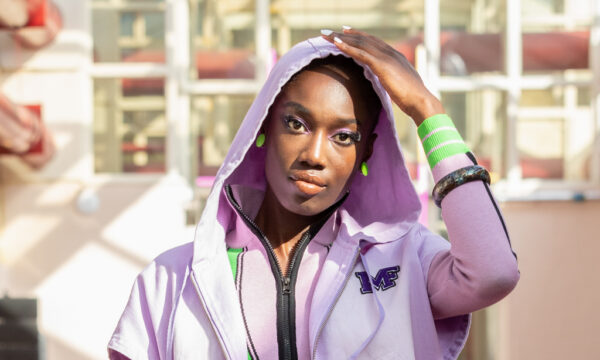 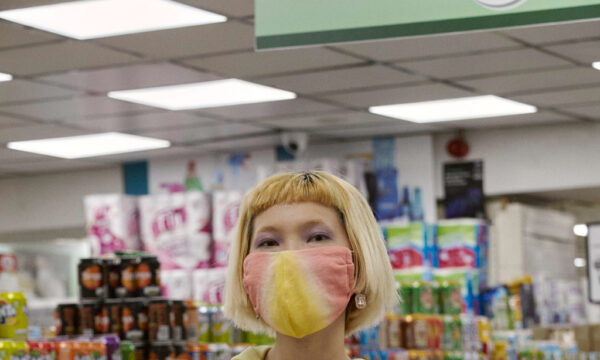