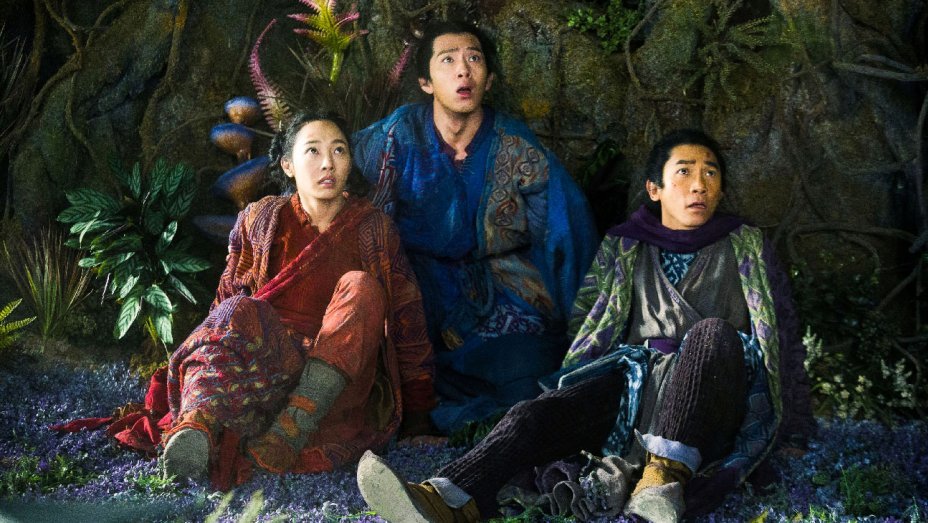 “Monsters only spit on the ones they like.” So says BenBen the chameleon-like large monster who shields Wuba, an animated radish-shaped baby monster, from harm’s way a number of times. The follow-up to the 2015 Chinese action-animation blockbuster Monster Hunt, Raman Hui’s Zhuo yao ji 2 (Monster Hunt 2) is a Berlinale Special Gala presentation at this year’s festival.

The sequel starts off with a Bollywood-esque song and dance number that ends with the monsters shedding their human forms. Wuba is hunted by humans, monsters and his two human parents. The notorious gambler Tu Siga (the delightfully playful Tony Chiu Wai Leung) owes a great debt to Boss Chu – aka Little Chu when he wants to be sweet on her. He’s also onboard.

The striking visuals, especially during the lightning-fast fighting and gambling scenes, are quite entertaining and fun. Non-stop action and imagery place this film in a category of its own. The camera floats above the action and quickly moves to another location. Although the martial arts may not be as intricate as in other Chinese/Hong Kong films, Monster Hunt 2 still manages to be fresh and unique. Hui’s extended history with animation is on full display, adding a certain special calibre to the movie – the director and his team of animators really outdid themselves.

The delightful music composed by Leon Ko effectively ties the emotional, comic and fight sequences together. It’s a wild ride. Some of the emotions portrayed by Wuba’s parents feel a bit over the top, but the campy nature of the film seems to balance it out. The family bonding and reunion themes bring to mind parents who were forced or encouraged to give up their children. The initial apology to Wuba is a tad intense and well-placed but the repeated apologising almost cheapens the value and sincerity.

In terms of story, Monster Hunt 2 isn’t really that different from its predecessor, although it’s action-packed and quick enough to satisfy mainstream audiences.